PATRICK BAMFORD revealed he put in RUGBY STUDS at half-time to deal with Leeds’ dodgy pitch – and then hit his 100th career goal.

The unorthodox switch to deal with Elland Road’s recently-relaid surface worked a treat as he added to Jack Harrison’s early on opener on 52 minutes to see off Palace. 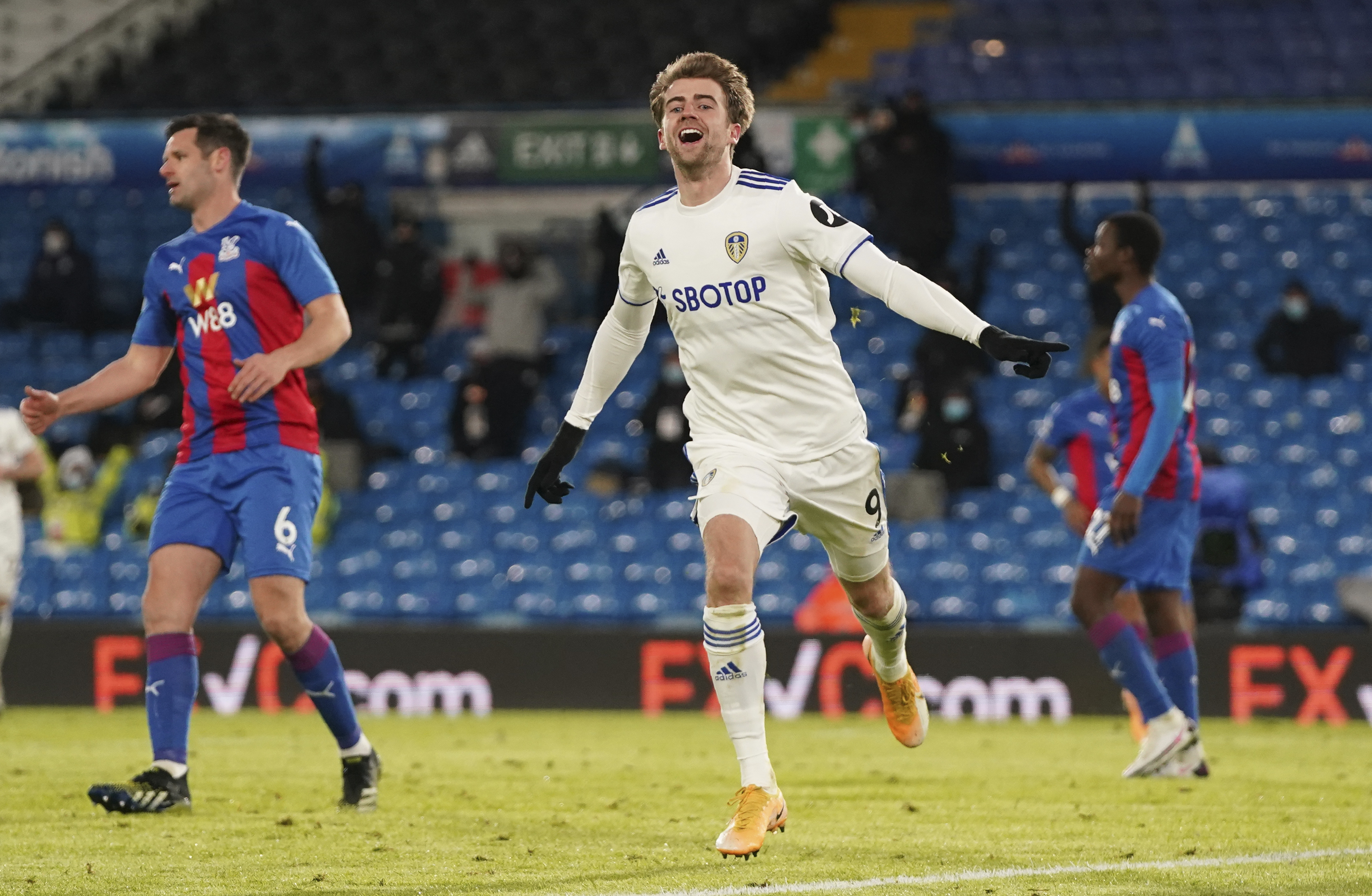 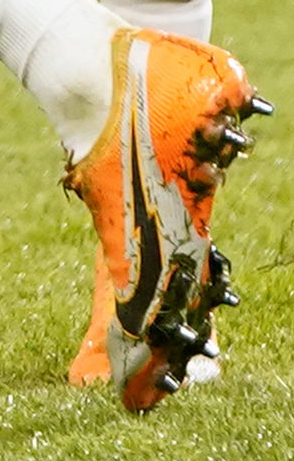 Ton-up Bamford was delighted as it boosted his England hopes – as well as his own fantasy league team.

The ex-Chelsea ace, 27, said: “I captained myself! After I missed that one in the first half, I was kicking myself so I’m glad I scored.

“It’s nice to hit 100. It’s probably long overdue but it’s nice to get there.

“It’s important to make your home ground a fortress but it’s difficult with our pitch at the moment. We almost suit playing away.

“It’s better (than it was). It’s hard to stand up, that’s all I’ll say! I’m still wearing studs, but I had to basically put rugby studs in at half-time!”

Leeds bought the turf for their new pitch from Tottenham as a temporary solution for the rest of the season after their previous surface came in for heavy criticism.

Players from both sides struggled to keep their footing throughout the game.

But there were no slip-ups from Bamford as he once again made a good case why he should be Harry Kane's understudy at the Euros.

He added: “There are four or five strikers who haven’t been involved with England before a lot of times who are doing really well. It’s going to be interesting to see who gets called up.

“If I do or I don’t, I know I’ve done my best. Whoever does get called up fully deserves it, whether it’s me or any of the others.”

The easy win moved Leeds up to 10th on 32 points – a whopping 17 from the relegation zone and just one fewer than they managed in the whole of their last top-flight campaign.

Yet when asked if he felt safe from the drop, boss Marcelo Bielsa replied: “It’s better to only make comments on this when mathematically it is impossible to go down.”

Roy Hodgson conceded his side were well beaten and felt sympathy for a tough debut for striker Jean-Philippe Mateta.

The Eagles chief said: “It was always going to be a difficult game for him. The pitch didn’t help. I know it’s the same for both teams but we seemed to have even more difficulty keeping our footing.” 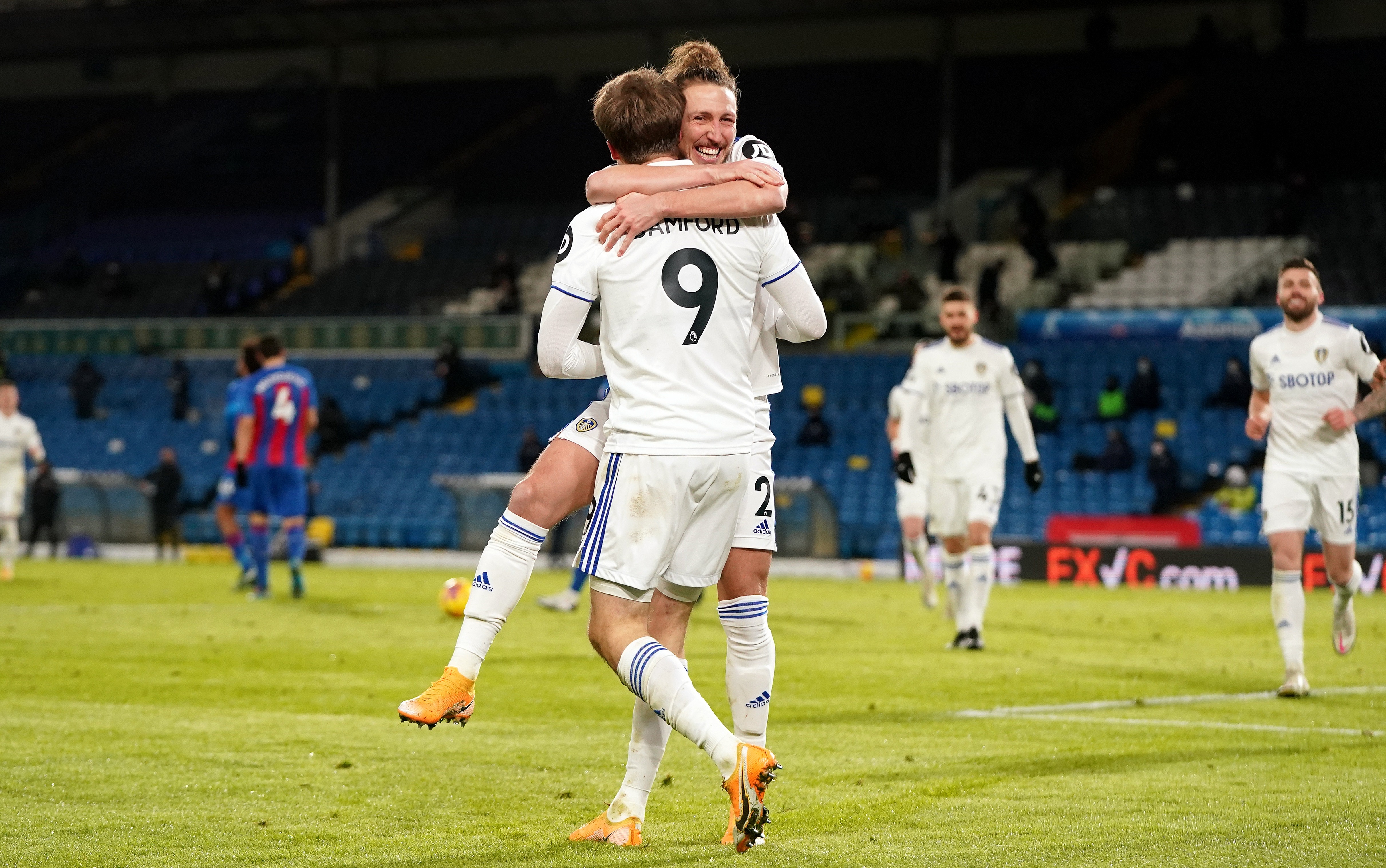