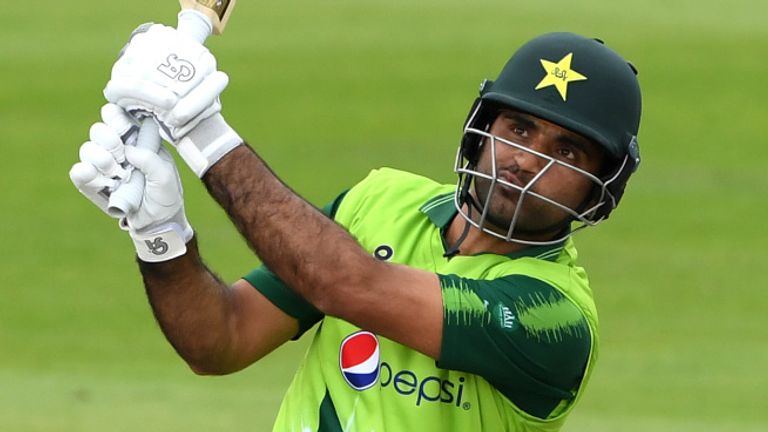 Fakhar Zaman top-scored with 60 as Pakistan sealed a 3-1 series win over South Africa in the fourth and final T20, at Centurion.

The tourists held their nerve to surpass South Africa’s 144 all out with just one ball left in a tense match in which both sides suffered dramatic batting collapses.

The Proteas’ innings was undermined by a slump of 5-13 in 18 balls but Pakistan came close to matching them, losing five wickets for 23 runs in 5.1 overs before reaching 149-7 off 19.5 overs as Mohammad Nawaz (25no) swung Lizaad Williams (2-39) away for the match-winning six.

South Africa lost the toss but seemed well-placed on 109-2 in the 13th over with Rassie van der Dussen (52 off 36 balls) celebrating his fourth T20 fifty. 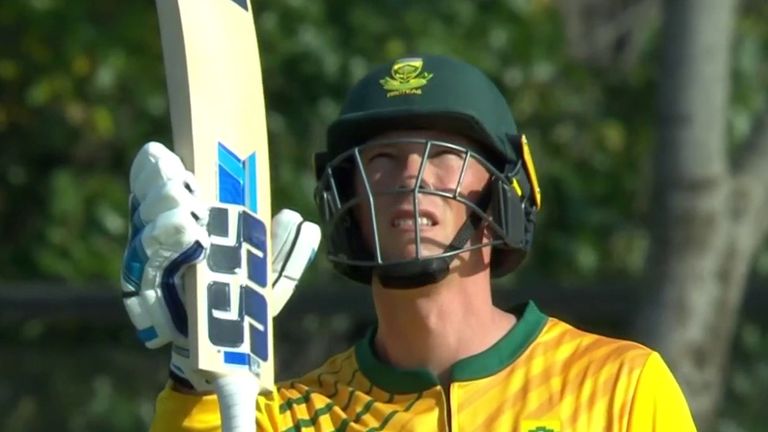 Their slump was triggered by the fall of Heinrich Klaasen (nine), caught the very next ball after Van der Dussen had reached his half-century off 33 deliveries.

Four balls later Van der Dussen was back in the pavilion, caught at midwicket off Haris Rauf as he looked to add to his five fours and two sixes by clearing midwicket.

With him went the Proteas’ fluency, as Faheem Ashraf (3-17) picked up his third wicket as George Linde nicked behind. South Africa failed to bat out their overs as the tail fell away – Rauf ending the innings as Tabraiz Shamsi, backing away, inside-edged a third scalp to Rizwan.

The hosts’ need for an early breakthrough was satisfied when Rizwan fell for his second duck of the series, stumped off a leg-side wide as he came down the track to Bjorn Fortuin.

But they had to wait 91 runs for their next wicket as Fakhar and Babar Azam (24) put Pakistan firmly back on top.

Skipper Babar carried on from where he left off in the third T20, in which he scored 122, pocketing back-to-back fours off Williams as the visitors ended the powerplay on 57-1.

Fakhar upped the ante in the next over, launching Sisanda Magala (2-33) for back-to-back sixes, the second of which was despatched over extra-cover.

He sprinted to his fifty off just 27 balls before miscuing Williams to backward point and Babar followed soon after – well held at third man by Shamsi off the same bowler.

South Africa went from having a toehold in the game at 99-3 off 10 overs to a foothold at 104-4 off 11.2 overs as Hadeer Ali failed to clear Fortuin on the deep square rope off Phehlukwayo.

When Mohammad Hafeez (10) was caught at long on, Pakistan had lost four wickets for 18 runs and worse followed for the tourists as Asif Ali (five) miscued an attempted pull back to Magala.

Pakistan’s target drifted from 30 off 30 balls to 16 off 12 before they began the final over requiring six and after Williams started the over strongly, the seamer dropped short allowing Nawaz to pull for six and roar in celebration.