Home » Sport » O'Sullivan explains how he's helping Zhao: 'He could be greatest of all time' 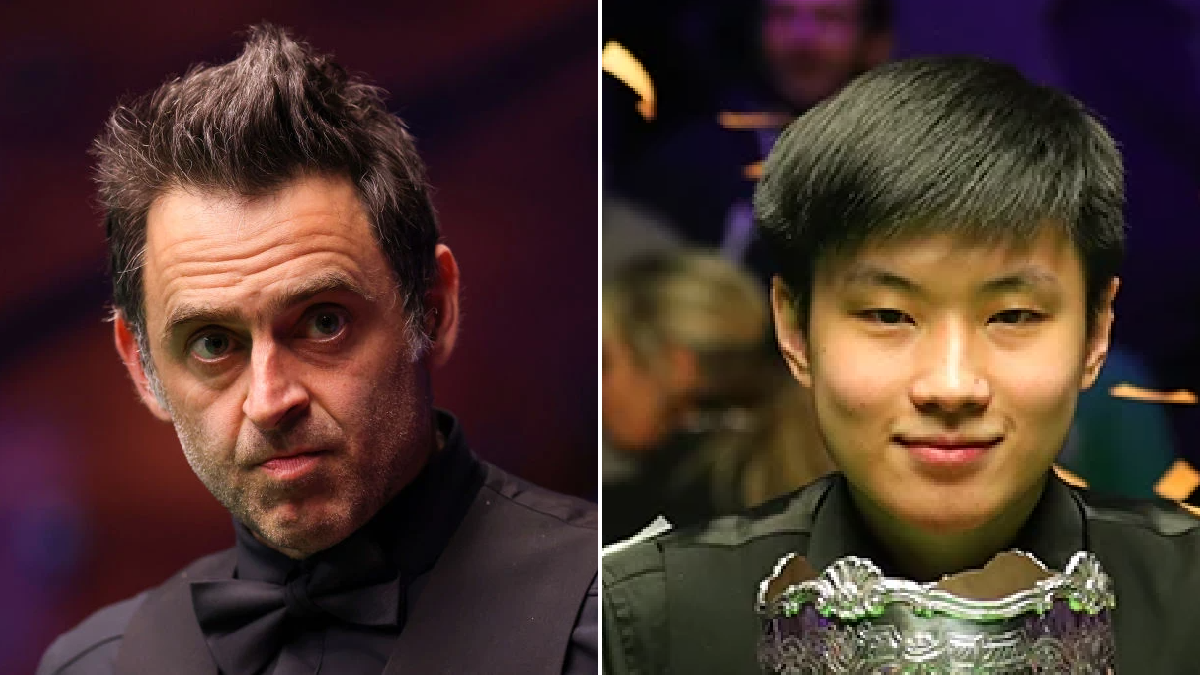 Ronnie O’Sullivan reckons Zhao Xintong could be the greatest player of all time and he is helping him do just that by imparting some of his break-building mastery on the young star.

The Rocket has long been a fan of the Cyclone and is looking to help him develop his immense talent, which has seen him win the UK Championship and German Masters this season.

Zhao is yet to develop much consistency, with the two titles coming in an otherwise quiet campaign for the 25-year-old – not winning more than two matches in any other event.

O’Sullivan has been to Victoria’s Academy in Sheffield, where Zhao is based, to help sharpen his skills, with the Chinese star saying it is to improve the way he thinks about the game.

‘We talk like friends, just about thinking about snooker, he teaches me a lot and he’s a good man. He’s the best player, a legend,’ Zhao told Metro.co.uk.

‘It’s how to think. I think this is very important. The top players are all so great, so thinking is important.’

O’Sullivan went into further detail about how he is helping Zhao think on the table and it is largely about the art of break-building.

The Rocket is the game’s greatest break-builder, thanks to his immense potting ability but more to his control of the white ball.

This is what he is trying to improve in Zhao, although O’Sullivan says it has been an interesting process in trying to teach the Cyclone, because much of it comes to him without thinking, so describing it to someone else is a new challenge.

‘I think I’ve been able to help him navigate the table a bit better. I’ve realised my break-building and the breaks I’ve made over the years are because the way I go about my shots.

‘How I get from A to B, basically, and I’m trying to show him that he can get from A to B a lot more efficiently and easier and the mistakes that we picked out will no longer be mistakes because shots will be a lot easier.

‘I just want to see him develop. I want all the snooker fans to get to see the best Xintong they get to see. If I can help with his development and sit back and watch him come along, I get great joy out of that.’

How far he could develop is extremely far indeed, according to O’Sullivan, who thinks the Chinese sensation has the skills to become the finest player in history.

The Rocket is happy to try and help him do just that, as the legendary Ray Reardon did for him as he developed his own game.

‘He could be the greatest of all time with his talent, his ability,’ said O’Sullivan. ‘I always say he’s Roger Federer with a snooker cue in his hands. But he’s got to develop and learn, and he will learn. He’s like me, he’s a quick learner and he’s shown that he’s on it.

‘A bit like what Reardon done with me, he showed me how to defend better. Xintong attacks but it’s sometimes attacking because he’s forced to attack. I said to him, “If you do this better, you’ll always have the upper hand, the more you’ve got the upper hand the more you will feel comfortable. You don’t want to play snooker from desperation.”

‘That’s what I used to do, play from desperation. Attack because I don’t know how to get out of trouble and pot my way out of it. Let’s not do that, get the odds in our favour, but you need to go about it in a certain way for that to happen.’