Muhammad Ali once described boxing as a ‘basic’ sport. ‘You want to know the answer to just one question: Who’s gonna win, who’s gonna win?’ said the legend of the ring.

It seems Olympic referees and judges in the run up to 2016 Rio Olympics, as well as senior officials at the International Boxing Association (AIBA), already knew the answer to that question before some of the fights had even taken place.

Professor Richard McLaren has conducted an exhaustive study of events around Rio 2016 and catalogued how fights were rigged.

He has found evidence of bribes, with money stuffed into toothpaste tubes, demands for $100,000 and threatening late-night visits to the hotel room of a boxing judge, who refused to join in with the corruption.

The investigator – whose revelations about Russia’s state-sponsored doping programme saw that country barred from competition – was called in when an internal probe found ‘strong suspicion’ of manipulation around a number of bouts at Rio.

He has focused on 11 suspicious fights at the Games, although he acknowledged there may be more. Among them was British boxer Joe Joyce’s contest with French opponent Tony Yoka. 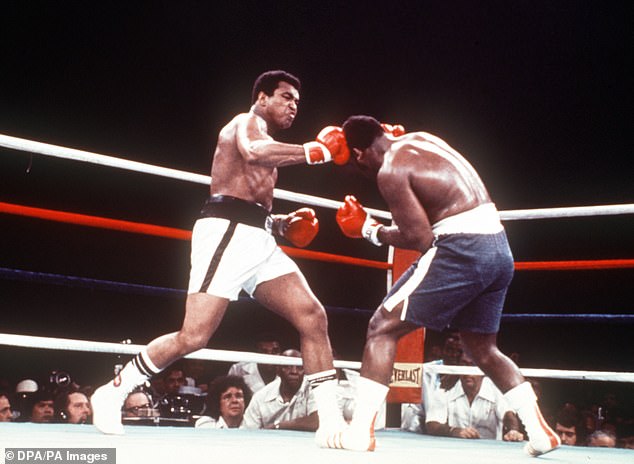 Muhammad Ali once said all fight fans want to know was the answer to just one question, ‘who’s gonna win?’, but in the lead up to the Rio Olympics in 2016, officials already knew

Joyce was denied a gold medal at Rio when the judges unexpectedly awarded the fight to Yoka. Today, Joyce asked the International Olympic Committee to award the gold medal to him.

But it was not only at the Games themselves where contests were manipulated. McLaren has also highlighted corruption in the qualifying events for the Olympic Games, when fights were fixed in return for political backing, million-dollar loans to the AIBA, or on occasion, just old-fashioned greed.

But how was it actually done?

He has described how the appointment of judges, referees and officials at Olympic events created the conditions in which the results of bouts could be manipulated by ensuring compliant people were in key positions. 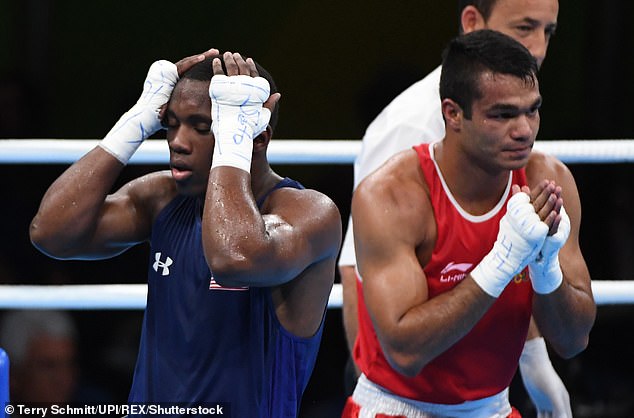 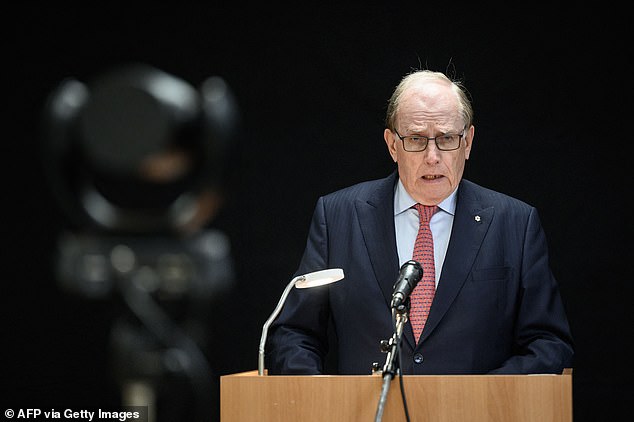 Richard McLaren, appointed by AIBA, addressed a press conference in Lausanne presenting his findings into alleged irregularities in boxing during and before the Rio Olympics

In the run up to the 2016 games, he says those involved tested signalling systems to indicate to judges which way a fight should be scored.

Remarkably, it could be as obvious and as simple as leaning back or forward to indicate whether the blue or red corner would be victorious.

‘The signalling process started off as something basic, using either agreed upon hand or eye signals between them, or leaning back or forward with their bodies, to inform others of the way they should judge a bout,’ McLaren said in his report, which was published yesterday.

One witness stated that the ‘5 stars [the most senior referees] ‘had a tremendous influence on the other officials. So, leading up to Rio they started at different competitions. They would be giving signals to each other at ringside.’

It was also important to place key figures in the right seats around the ring. The five judges are sat in different positions with judge one being best placed to lead the group because everyone else has clear sight of him or her. The investigators believe those central to the corruption were often placed in position one in rigged bouts. 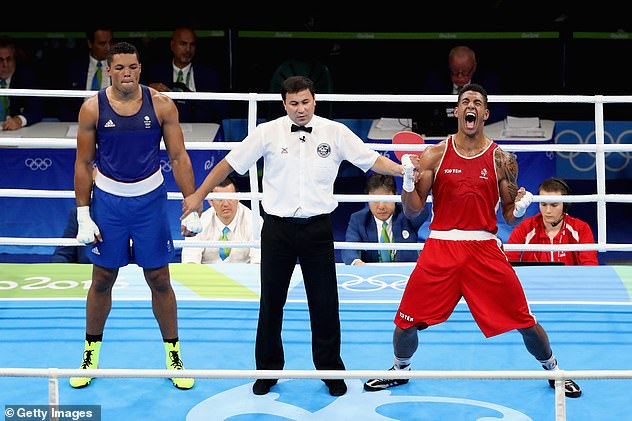 Tony Yoka celebrated at the end of the bout against Britain’s Joe Joyce when the referee declared him the winner of the fight, which has been investigated by McLaren 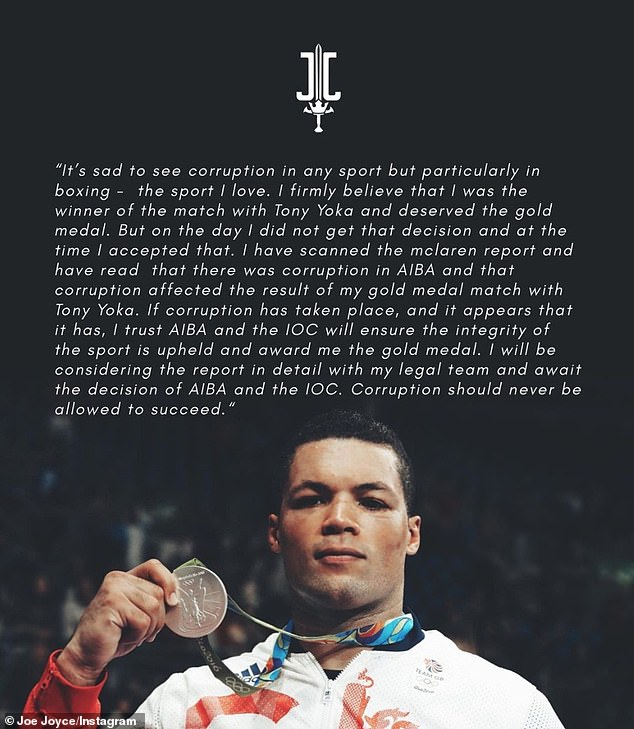 Since all five judges score a bout, but only three of those score cards are randomly selected to decide the result, four cards had to be fixed in order to guarantee a particular winner.

However, the signals were constantly updated to put honest officials off the trail.

‘Now they’re using this new sign, but then they would change it again,’ said a witness quoted in the report.

‘And it was either touching of ears, looking down, looking for the left side, looking to the right side. It was always something, but we were always a step behind.’

At one tournament in Romania, a judge described how he was surrounded by senior colleagues and simply told who to award the fight to. No nods and winks required.

‘Four or five of them got round me and said, ‘Oh, last round, he wins. Winner. Blue wins,’ said the confidential witness.

By the time of the Games themselves, much of the subterfuge appears to have been abandoned. One judge admitted in an interview with McLaren’s team that daily instructions were given on who should win certain fights.

‘He eventually admitted that he was indeed present at morning meetings where the 5 stars [senior referees] would point at the daily bout list and indicate which corner (blue or red) should win,’ wrote McLaren. 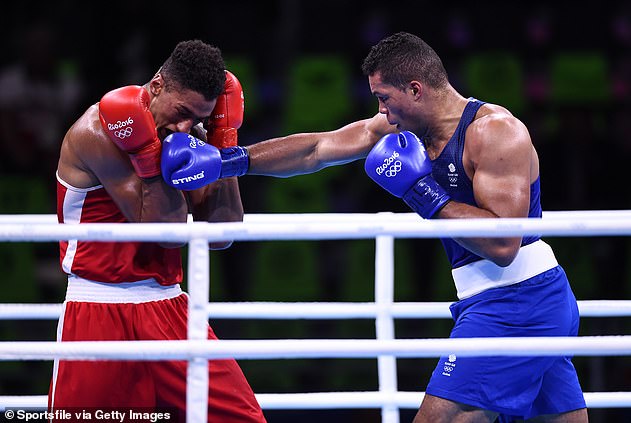 Tony Yoka (left) was awarded the win, but the result could be overturned after a fix probe

‘Not only did [he] confirm that the 5 stars would have morning meetings amongst themselves prior to speaking with all of the Rio R&Js [referees and judges], he stated that all of the R&Js knew about the manipulation.

‘The 5 stars would instruct all of them at the morning meeting which corner, red or blue, should be winning the specific bouts when it was a close contest and not obvious.’

McLaren describes endemic corruption. Sometimes the motivation to fix fights was to reward a national federation for hosting a major competition, or it could just be in return for a bung.

It is alleged in the report that when the Turkish Boxing Federation hosted a European qualification event for the London 2012 Olympic Games, ‘selected R&Js [referees and judges] knew that if there were any tight bouts that involved a Turkish boxer, it should go to Turkey’, thereby increasing their chances of qualifying.

In 2010, Azerbaijan gave the AIBA a $10 million loan, the largest private lending it had ever received.

McLaren says manipulation stemming from the Azeri loan trickled into the London Games, however, prior to the blue riband event, the BBC carried a story about medals for money.

Spooked by this, it is claimed an executive order was made by the AIBA to ensure Azerbaijan did not win any medals to avoid awkward questions.

Subsequently, at a World Championships, it is claimed the message was passed down that ‘we need to make sure AZE boxers do not fall victim to a bad decision’. This was interpreted as an instruction within the ‘command and obey’ structure to favour Azeri fighters. 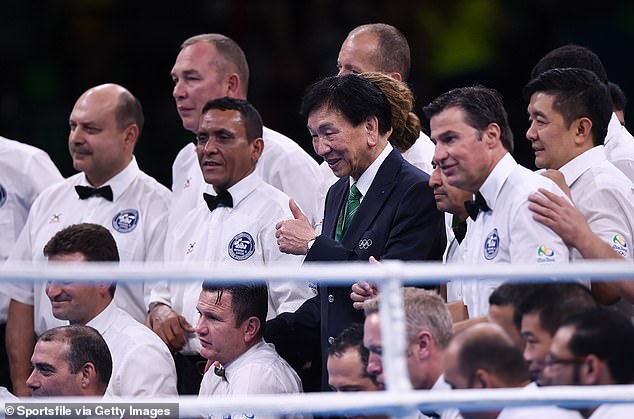 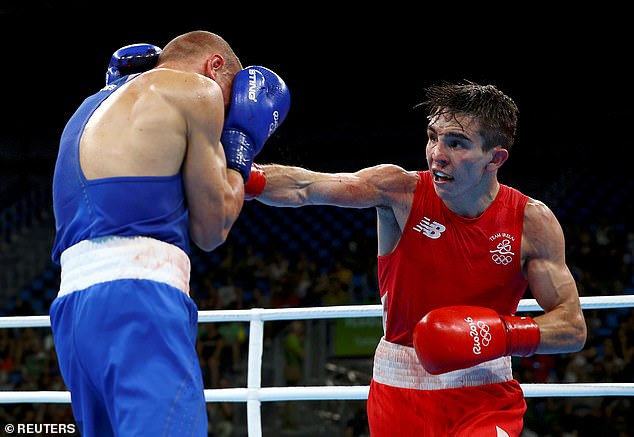 However, it was cheaper just to offer some money to the judges of the national federation involved. One judge told the investigators how an official from Azerbaijan came to his room during the Athens Olympics back in 2004 with a roll of $100 bills.

Ten years later the price of buying a fight was significantly higher.

At a competition in 2015, ahead of a fight between Chinese and Cuban boxers, according to the report, a Chinese judge approached a member of the Cuban team and offered him $20,000 dollars if his man would throw the fight. This would have assured the Chinese athlete of qualification for the Rio games.

The culture of the AIBA meant that more and more people turned a blind eye or went along with the manipulation, according to McLaren.

‘If one desired to climb up the ranks to officiate at the highest levels of the sport, they would have to cross their ethical boundaries to ensure more time at the ring; it was the culture that provided the rationale that ‘everyone else does it, why shouldn’t I do so.’

At another event in 2015, it is claimed a judge gave multiple bribes of $5,000, concealed in toothpaste tubes to six other judges. This was reported and the money returned. 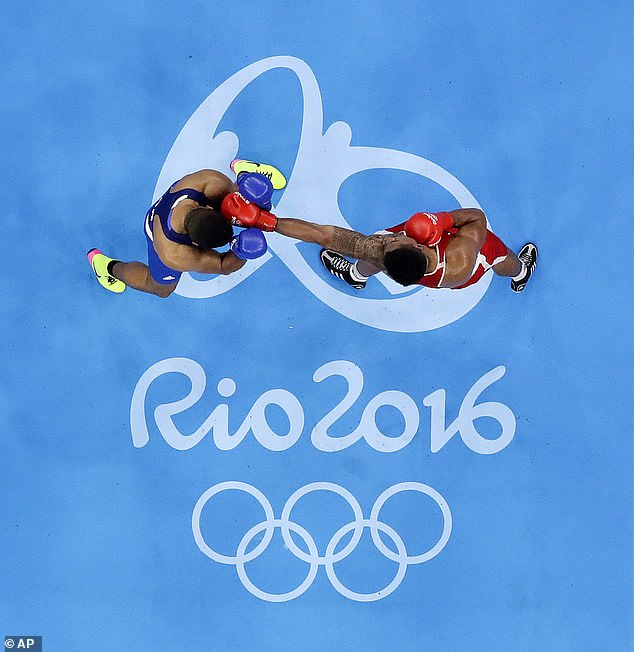 And during the games themselves, McLaren says that bribery reared its ugly head.

The attempt was made in relation to the men’s lightweight 60 kg category semi-final bout between Otgondalai Dorjnyambuu of Mongolia and Sofiane Oumiha of France. It involved an offer of money in exchange for ensuring a Mongolian victory.

The report says referees and judges were appointed because they ‘would comply with the manipulation or who were incompetent but wanted to continue’ in their role and ‘turn a blind eye’.

It claims the referees and judges were motivated by ‘personal goals, which were frequently the intangible rewards of recognition, inclusion and respect in their home countries’.

And it is alleged other officials at events were chosen because they too ‘would turn a blind eye to the allocation of incompetent or complicit R&Js [referees and judges]’.

‘Vital to the success of the corruption was the connivance, approval and complicit acknowledgement and support of these activities by the Executive Director and the President,’ the report states.

‘The permanent paid staff worked in a command and obey environment where power was concentrated in the Executive Director and exercised on behalf of the President. ‘

McLaren says in his report that it is disputed whether the bribery was initiated by a judge or the national federation, but he adds, ‘the parties involved both agree to the fact that a bribe was offered to manipulate the bout’.

In the end the bribe was not paid. The Mongolian lost the fight with all five judges scoring in favour of the French fighter.

McLaren noted in his report: ‘Of significance is that the scores of all the 5 judges are marked exactly the same across all three rounds. This is very unusual scoring, especially for such a close bout. This suggests a strong possibility that the bout result had in fact been fixed in advance and the R&Js told how they should score each round.’

The Mongolian delegates were furious and immediately flew home.

Witnesses told McLaren that honest officials were side-lined, some sitting idle in the referees’ room during events, while others were selected to officiate, or simply not invited to attend the big competitions.

Others were bullied or intimidated.

‘They had keys to my room and they came in and basically drunk told me that if I didn’t start doing the job that I was hired to do that things wouldn’t work out very well for me…’ said one witness.

‘I mean, this is the mountains of Bulgaria, [they] sit in my room and make sure that they talk, spoke to me about what it was that I wasn’t doing… in that context I was scared sh*****s now because I’ve got people coming into my room, like busting into my room and telling me what I’m doing wrong.’

Looking forwards the report acknowledges improvements have been made in officiating. However, it says more needs to be done. 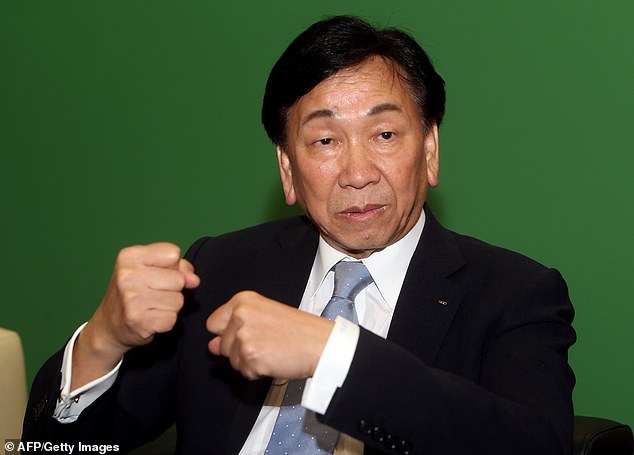 ‘Progress is being made but the problem of personnel requires immediate up-front attention,’ it states. ‘The people are the problem.’

All 36 referees and judges at Rio 2016 were banned from officiating at the Tokyo Games.

The AIBA is suspended by the IOC amid allegations of corruption at the Rio Games, and only if it comes through this process will the sport have any chance of being involved in the Paris Games in 2024.