DECLAN RICE has slammed his team following their 2-0 defeat to Arsenal on Wednesday.

He also said that his team were too soft and not making enough tactical fouls. 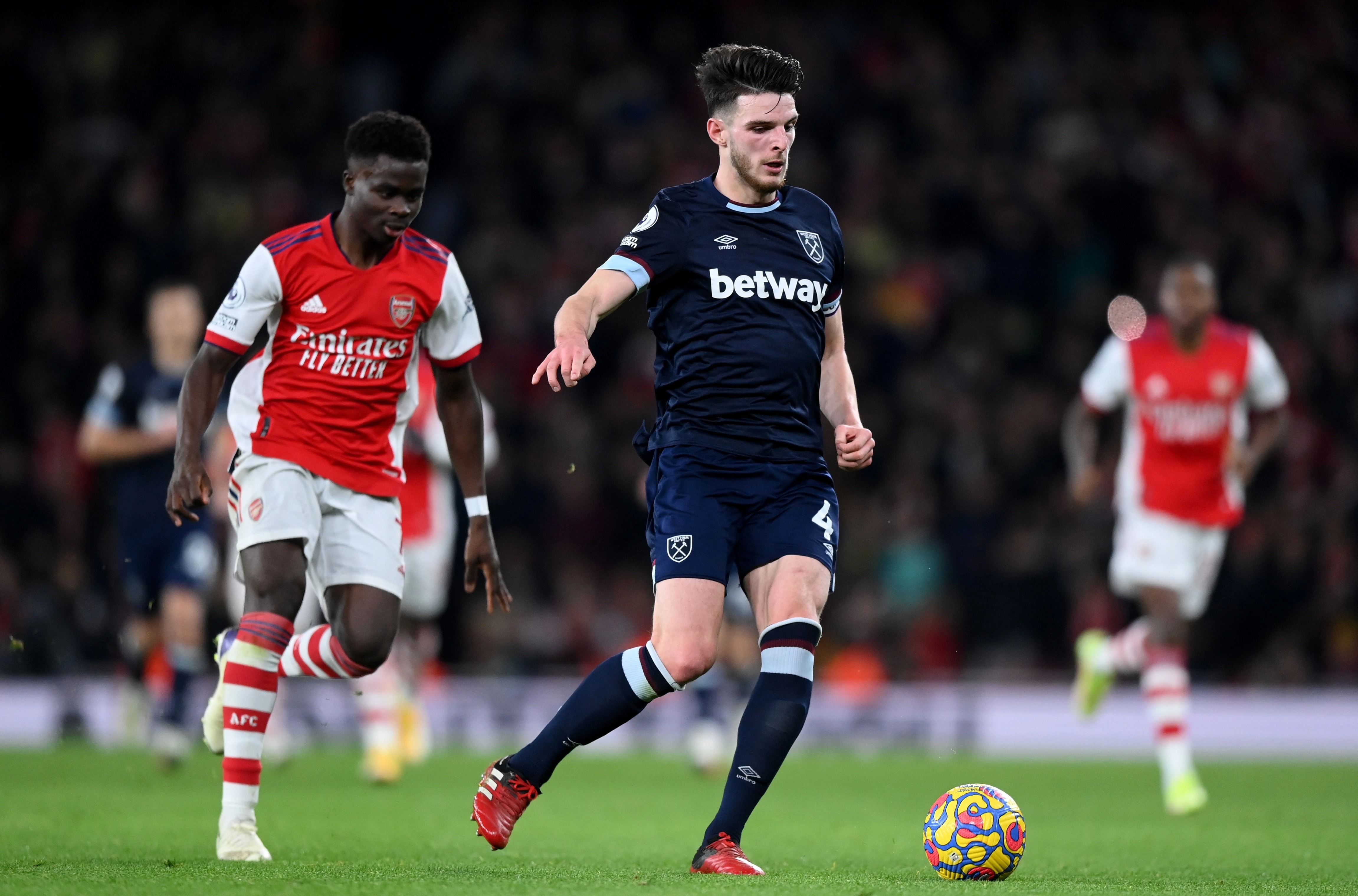 In a post-match interview with BT Sport, Rice said: "We were not good enough tonight, nowhere near good enough.

"Nowhere near at the level that is required to be a top four team.

"You can’t come to a place like Arsenal and let them impose the game on you like we did tonight."

The 22-year-old was very critical of his teammates, saying: "We made bad decisions across the pitch, giving the ball away cheaply, taking too many touches, not putting the ball in the box, soft, not making tactical fouls.

"We didn't have the cutting edge to score or bring one back."

The match referee Anthony Taylor was also mentioned by Rice during the interview when he said: "It seems like the referee was against us all night to be honest with you.

"Too many fouls given to them, and for us pretty much the same situations with elbows and tackles that we didn't get so I can't say too much, but very frustrating."

Manager David Moyes took a similar view on the game, saying: "We didn't play well, Arsenal played well tonight but we were right in the game for long periods.

"We'd kept them out what's hard to do but we gave it away late on when we were down to 10 men."

But, Moyes was happy to accept the decision and said: "Anthony Taylor might have this one right."

West Ham return to the London Stadium this weekend to host Norwich whilst Arsenal travel to Elland Road to take on Leeds.