BAD-BOY Nick Kyrgios quit Wimbledon – but it was nothing to do with losing his temper.

The Aussie ace has caused his usual storm on the lawns of SW19 this year. 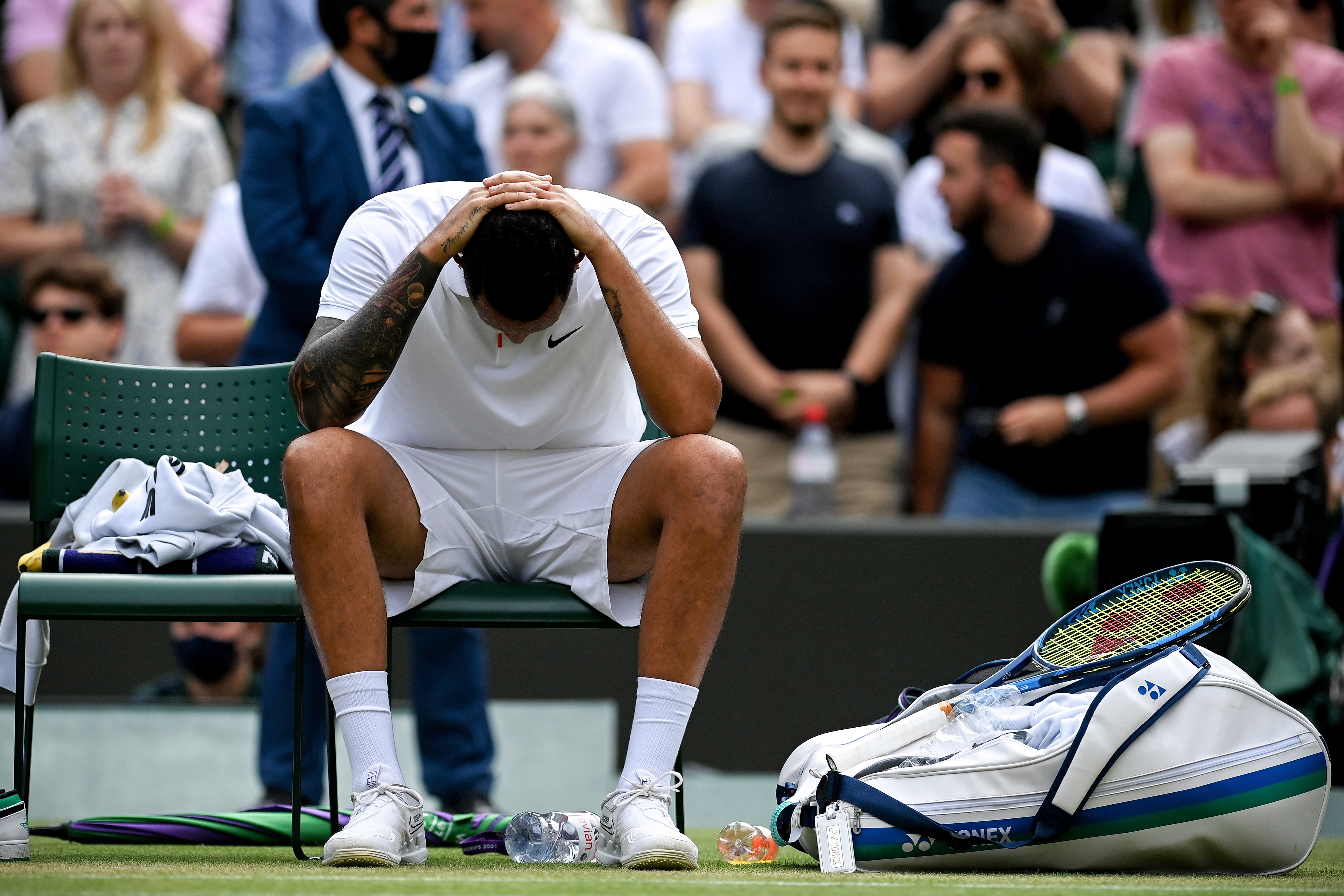 But it was his body that let him down as he was forced to retire after two sets of his third-round match with Canada’s Felix Auger Aliassime with a stomach injury.

As he trudged off the court, Kyrgios told fans: "Sorry guys, it's the end of the road."

Kyrgios later explained: “I did something to my ab at the end of the first set.

“I’ve not play at this level for a long time and I needed my serve, my main weapon.

“So I tried to play as long as I could.

“I’m just sorry to to the fans that I couldn’t play any more.”

It was a sad end for Kyrgios, who had the Court No1 crowd rolling in the aisles before the start of play when he realised he had left his tennis shoes in his dressing room.

A member of the All England Club staff was dispatched to pick up the offending footwear and initially Kyrgios looked on track for the last 16.

But he began grimacing mid-way through the opener, calling for a medic at 5-2 up.

Kyrgios lay on his back being manipulated by the doctor and kept on playing but was clearly hampered, before calling it a day when Auger-Aliassime levelled the match at 2-6 6-1.

The Aussie added: “I promise I will come back next year.

“Felix is a top player and you will see a lot more of him in the future.

“He’s better looking than me as well!”

The injury was a cruel blow for Kyrgios who just a day earlier had admitted he was back to enjoying his tennis following a battle with depression.

How Chelsea could line-up at Crystal Palace with Kante and Kovacic out… but will Jorginho finally get his recall?