He made his final professional appearance on Monday playing for the team he supported as a boy, Club Almagro, in a 3-2 defeat to Ferro Carril Oeste. 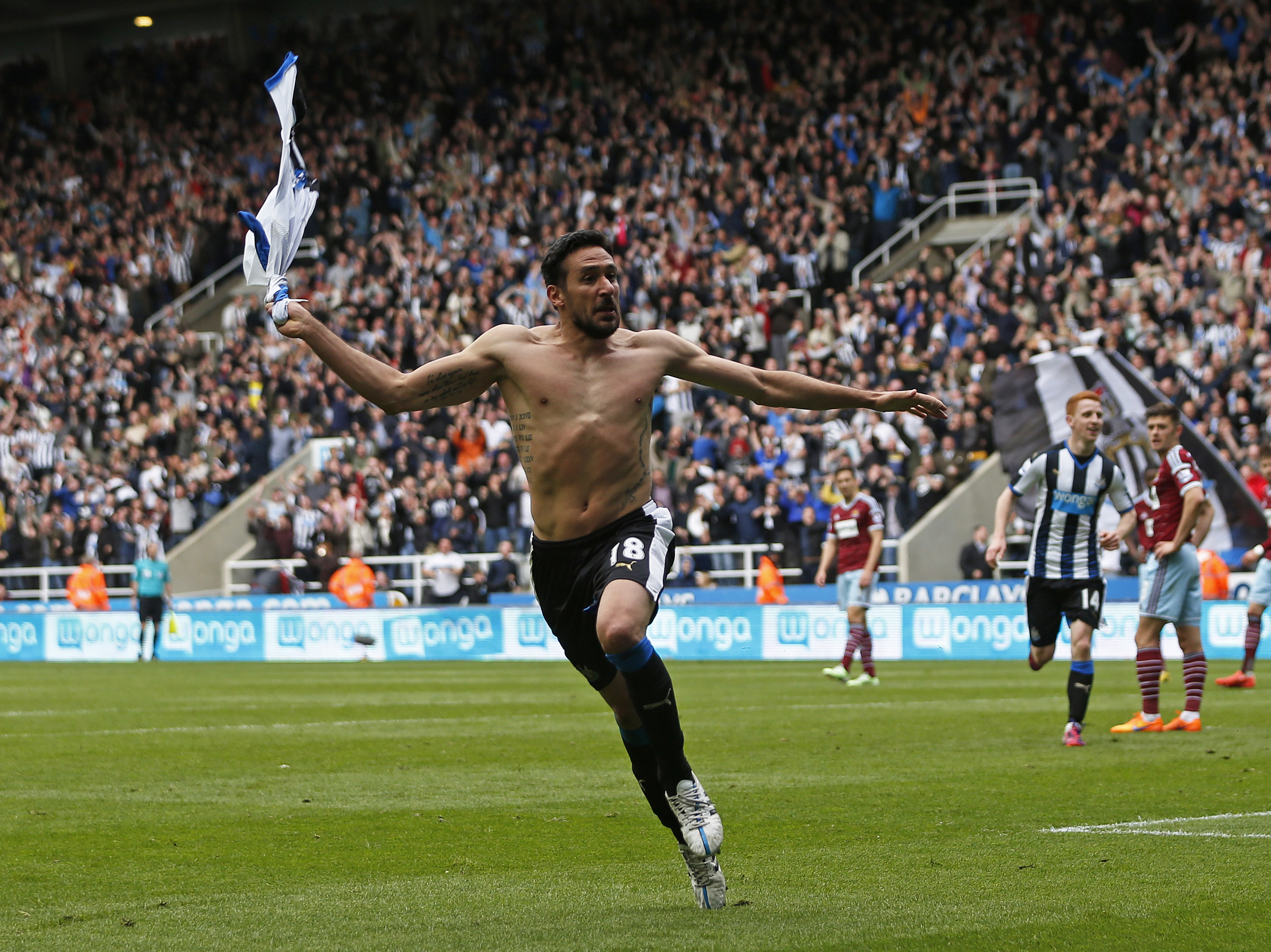 The 22-cap former Argentina international made his name in Newcastle after signing in 2008, going on to make 187 appearances in a seven-year spell.

The Toon were relegated in his first season at the club, but Gutierrez endeared himself to fans by staying and helping them immediately bounce back.

Gutierrez was pivotal in Newcastle's Championship winning side of 2010 and remained a key player until he was diagnosed with testicular cancer in 2013.

He underwent both chemotherapy treatment and surgery and was not given the all-clear until November 2014, eventually going on to make a full recovery.

But Gutierrez struggled to get back into the Newcastle team upon his return and made just 11 appearances, before being controversially released by the club.

He did, however, go on to score an historic goal in his final appearance for the club, sealing a vital 2-0 win against West Ham at St. James' Park.

The goal kept Newcastle in the Premier League after they had looked set for a second relegation in seven years, immortalising Gutierrez as a club legend.

In 2016, Gutierrez won a disability discrimination case against Newcastle, claiming that he was not being selected for the team due to his cancer diagnosis.

But despite the fall-out with the club's senior management, Gutierrez continued to maintain an excellent relationship with the Toon fans.

He officially announced his retirement on Twitter yesterday and was instantly showered with messages of support and affection from Newcastle supporters.

One fan said: "Honestly Thank you Jonas for all the wonderful memories you provided to all us Newcastle fans. Enjoy retirement mate hope to see you back in Newcastle in the future."

Another commented: "Thank you for being a superstar for the Toon Jonas. You are and always will be a legend in Newcastle!"

Another Toon fan sent their well wishes, saying: "Fantastic person and fantastic player. Thanks for everything you did for #NUFC."

I need to be back [in Newcastle] because it's been too many years. I'm waiting for that moment. It's going to be special.

And another bid him good luck with an emotional message, saying: "Good luck tomorrow amigo! You brought so much happiness to Nufc fans around the world & also a lovely gentleman off the pitch! Thank you x".

After the completion of the club's recent Saudi-backed takeover, Gutierrez said: "Like all Newcastle fans, I’m really really happy because for me it was necessary to have a change, to have hope and glory for Newcastle."

Gutierrez also took to Twitter following his release to criticise former Toon owner Mike Ashley's treatment of him after his cancer recovery.

And having now retired, it is surely only a matter of time before Gutierrez returns to Newcastle, where he will undoubtedly receive a hero's welcome.

When asked last month if he will be returning to St James' Park any time soon, Gutierrez said: "I hope so. Sooner or later I'll be back in the city.

"I need to be back because it's been too many years. I'm waiting for that moment. It's going to be special." 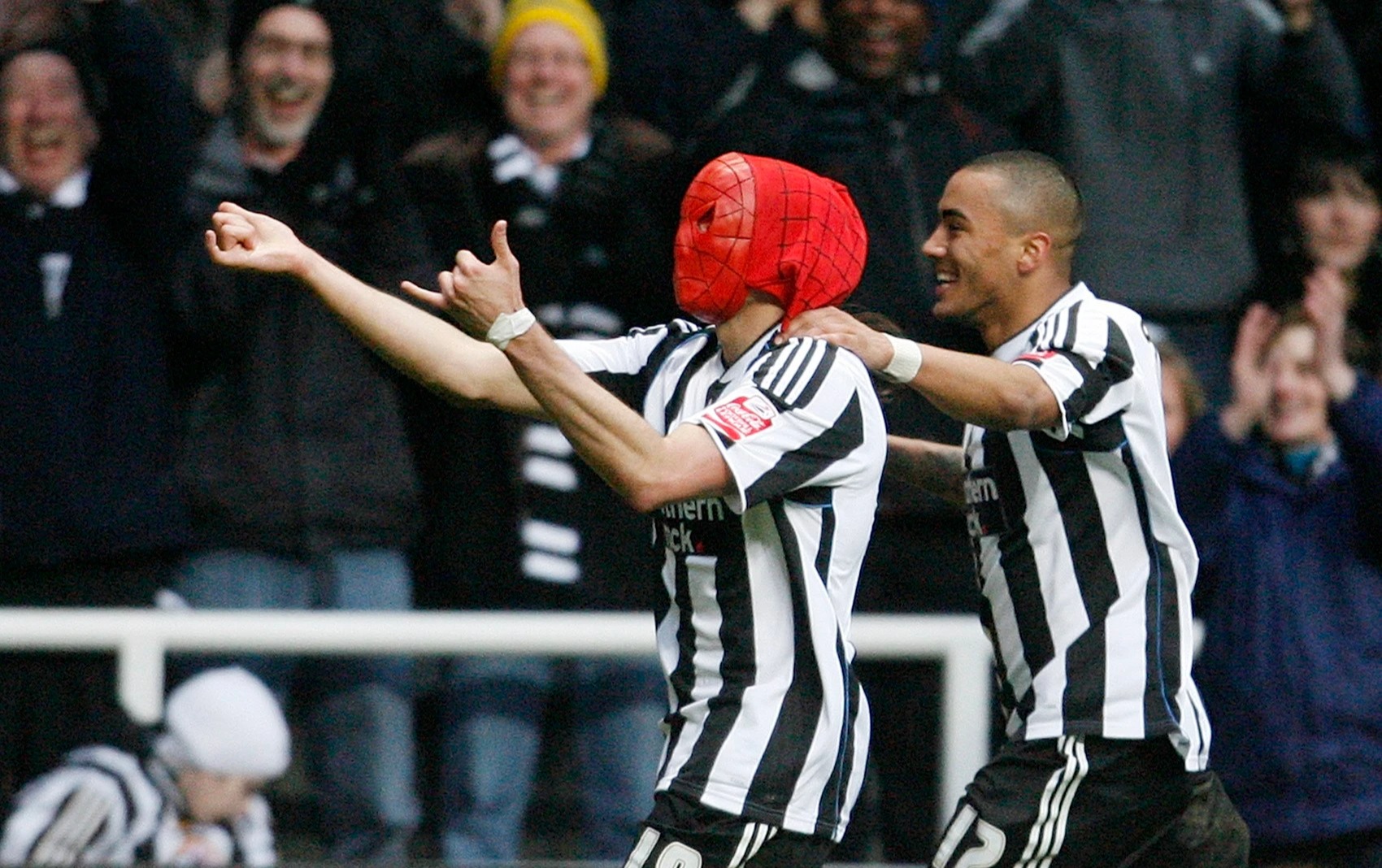