Joe Root bats long to answer his critics, Rory Burns in the runs as well but do England have time to force a result? Here is what you need to know from day three in Hamilton…

SCORECARD | HOW IT HAPPENED

Joe Root returned to form to hit his 17th Test century but England’s hopes of forcing a win in the second Test against New Zealand were dealt a blow when rain curtailed day three, writes Sam Drury.

The England captain had come under increasing pressure leading into the game after a heavy defeat in Mount Maunganui and his own poor run of form with the bat but came out fighting in Hamilton to end his nine-month wait for a Test hundred, ending the day unbeaten on 114. 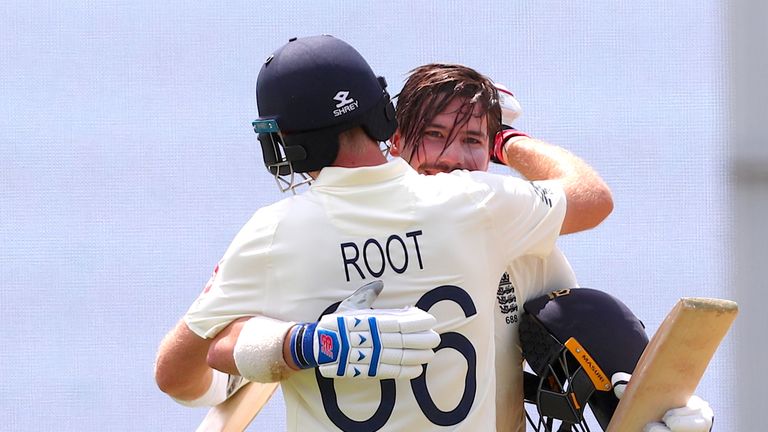 Rory Burns (101) also made an impressive century, putting on 177 with Root for the third wicket, before he was run out shortly before tea.

New Zealand fought back in the evening session with the wickets of Ben Stokes and debutant Zak Crawley but Root and Ollie Pope dug in and the tourists were 269-5, still trailing by 106, when the heavens opened and forced the players off with around an hour of play still remaining.

Moment of the Day

All the talk ahead of this Test match was about Root and whether he was the right man to lead this England side. The chief concern was that the captaincy was having a negative affect on his batting. There is no doubt he was under huge pressure going into this innings and, boy, did he respond. The shot to take him to three figures was far from pretty, an under-edge that bounced up and over BJ Watling behind the stumps, but Root cared not a jot. The smile on his face said it all, the critics had been silenced – for now, at least – but more importantly he was back to doing what he does best, scoring runs for England.

Of course, the captain was not the only England batsman to register a ton on day three, Burns made New Zealand pay for the two dropped catches late on the second evening as he went on to score his second Test hundred but he was denied the chance to make it a big one by a run out just a few balls later.

Stat of the Day

Joe Root has faced more balls in this innings (278) than he has in any of his previous innings as England captain.

Root’s return to form will please the England camp no end, as will Burns’ ton, but ultimately Test cricket is about winning matches and despite an encouraging day with the bat, another day cut short by rain means time is against them as they pursue a series-levelling win.

They still need another 107 to go past New Zealand’s first innings total and with more rain forecast for the next couple of days and a flat pitch showing little sign of deteriorating, will England run out of time? 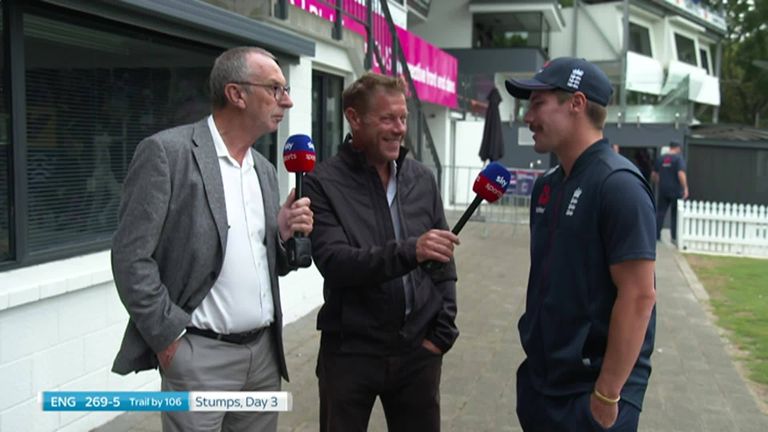 New Zealand would gladly take a draw and walk away with the series win and those three wickets either side of tea boosted their chances of doing so even before the rain came, slowing England’s progress and even keeping alive the possibility of them earn a first-innings lead, something that seemed out of the question when Burns and Root were batting together.

“England have still got to be thinking that there will be 98 overs each on days four and five,” said David Lloyd. “There is a bit of rain around on day four, we are told, but they must have a thought of trying to win the game and the only way we think they can do it is by getting way past New Zealand and seeing what happens.”

Tweets of the Day

The only Englishman in Test history with more runs and a better average than Joe Root, is Wally Hammond. #NZvENG

🐏 "Wouldn't it be nice to be a sheep?" 🐏@BumbleCricket is as bemused as the rest of us by @Athersmike's remark on the way to the ground in Hamilton! 🤣

Since Joe Root became Test captain, no Englishman averages more with the bat than him. #NZvENG

Mark Butcher on Joe Root: “There was a change during the innings. In the beginning he was over-balancing, his head was getting outside the line of off stump and he didn’t have a firm base to push off from and get forward from. He was battling with himself but as he got in the footwork started to be better and his balance was awesome. He looked like the Root who was churning out runs, dare I say it, before he became captain.”

RuPaul dares to be vulnerable in Netflix series ‘AJ and the Queen’: ‘I’m not dead inside’