NATE DIAZ has sarcastically urged the UFC to grant Conor McGregor's request to have two belts made in his honour.

On Saturday, the UFC's poster boy called for the promotion to make two titles to commemorate his global and financial impact on the sport. 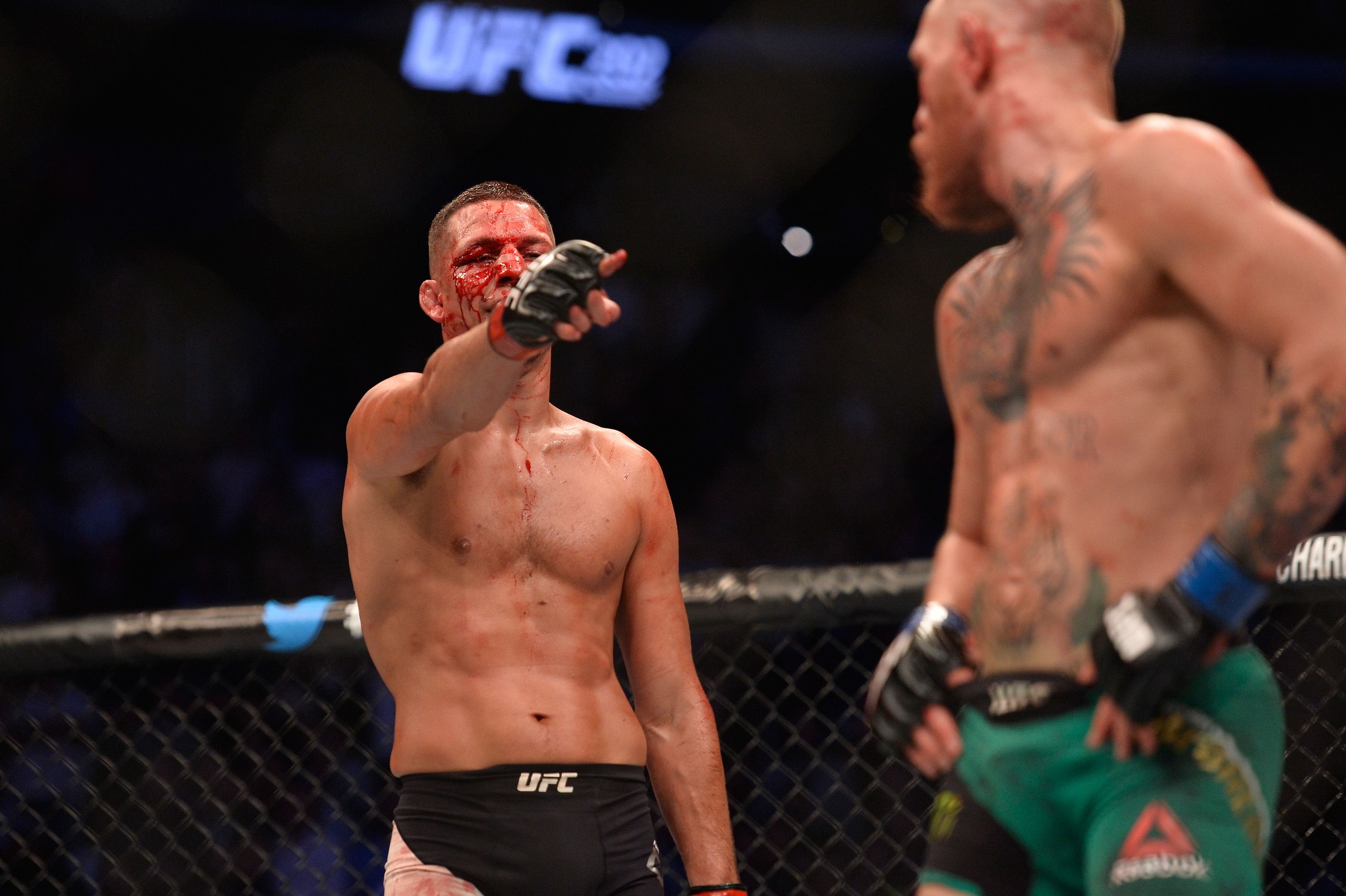 "We've got "The McGregor Belt" currently in creation, and now we've got the all-new "RMF" belt.

'"The Richest Motherf* Belt". This way we can put both the rubies and the emeralds to good use."

It didn't take long for Diaz to get wind of McGregor's latest demand to the UFC brass.

And the Ultimate Fighter season five winner called on Dana White to grant the Irishman's request in order to boost his ego.

He tweeted: "@ufc go ahead and make this lil b***h a belt or 2 with rubies or whatever he wants on it.

"I think he really needs it.

"And go out there and gettem champ."

McGregor, 32, is currently gearing up for a trilogy fight with former interim lightweight champion Dustin Poirier.

The Notorious will throw down with The Diamond on July 10 in the main event of UFC 264 in Las Vegas.

Poirier vs McGregor III will take place in front of a sold-out crowd at Las Vegas' T-Mobile Arena.

McGregor suffered a brutal second-round KO loss to his old featherweight rival in January in the main event of UFC 257 in Abu Dhabi.

"The Mac is back in Sin City! Full house!"