GOALS from Millie Bright and Erin Cuthbert handed Chelsea the Community Shield over Manchester city after a 12-year absence from the women’s competition. 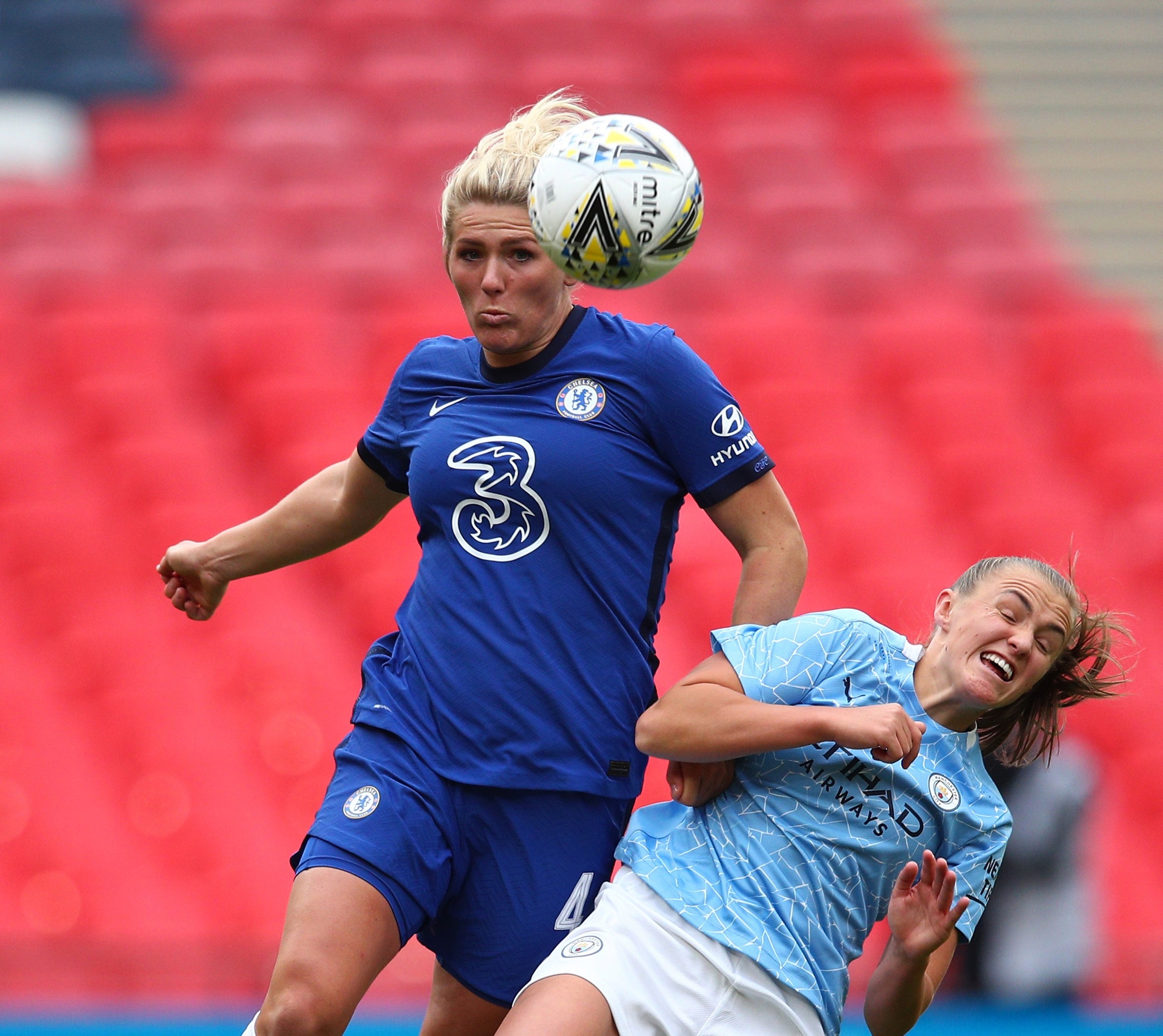 And Scottish international Cuthbert wrapped up the day for Emma Hayes’ side after unleashing a fierce drive into the roof of the net in the second minute of injury time.

Gareth Taylor’s side were let off very early on when Sam Kerr scuppered a peach of a chance and poked her effort into the side netting after breaking free in front of goal.

The Sky Blues bit back but Georgia Stanway was snaffled up just as she was about to pull the trigger from 12-yards.

The young forward tried her luck again from the edge of the box but stung the hands of Chelsea stopper Ann-Katrin Berger.

City had a goal disallowed when ex-Everton ace Chloe Kelly charged through three Blues defenders and squared to substitute Janine Beckie who tapped it in – but the flag went up. 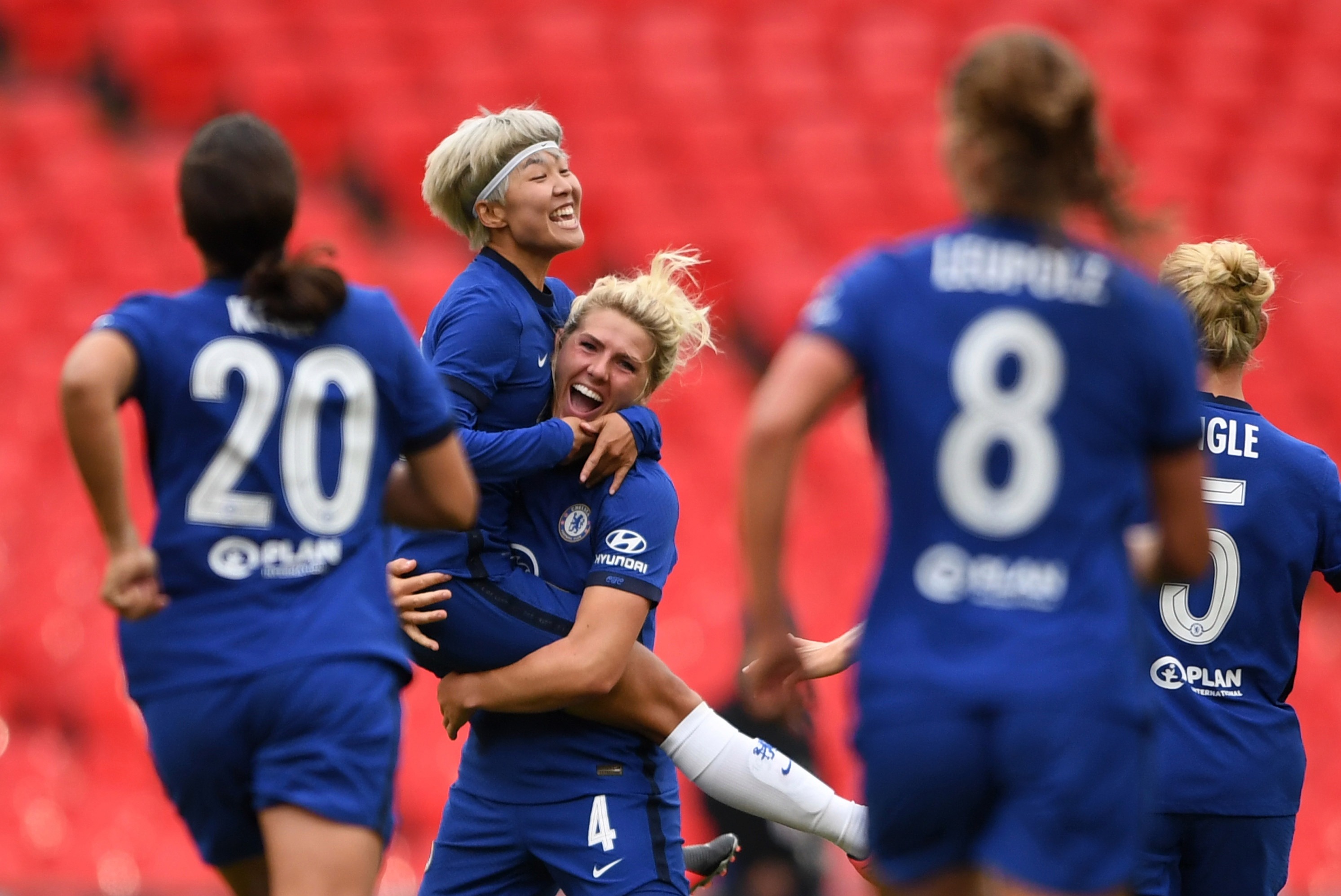 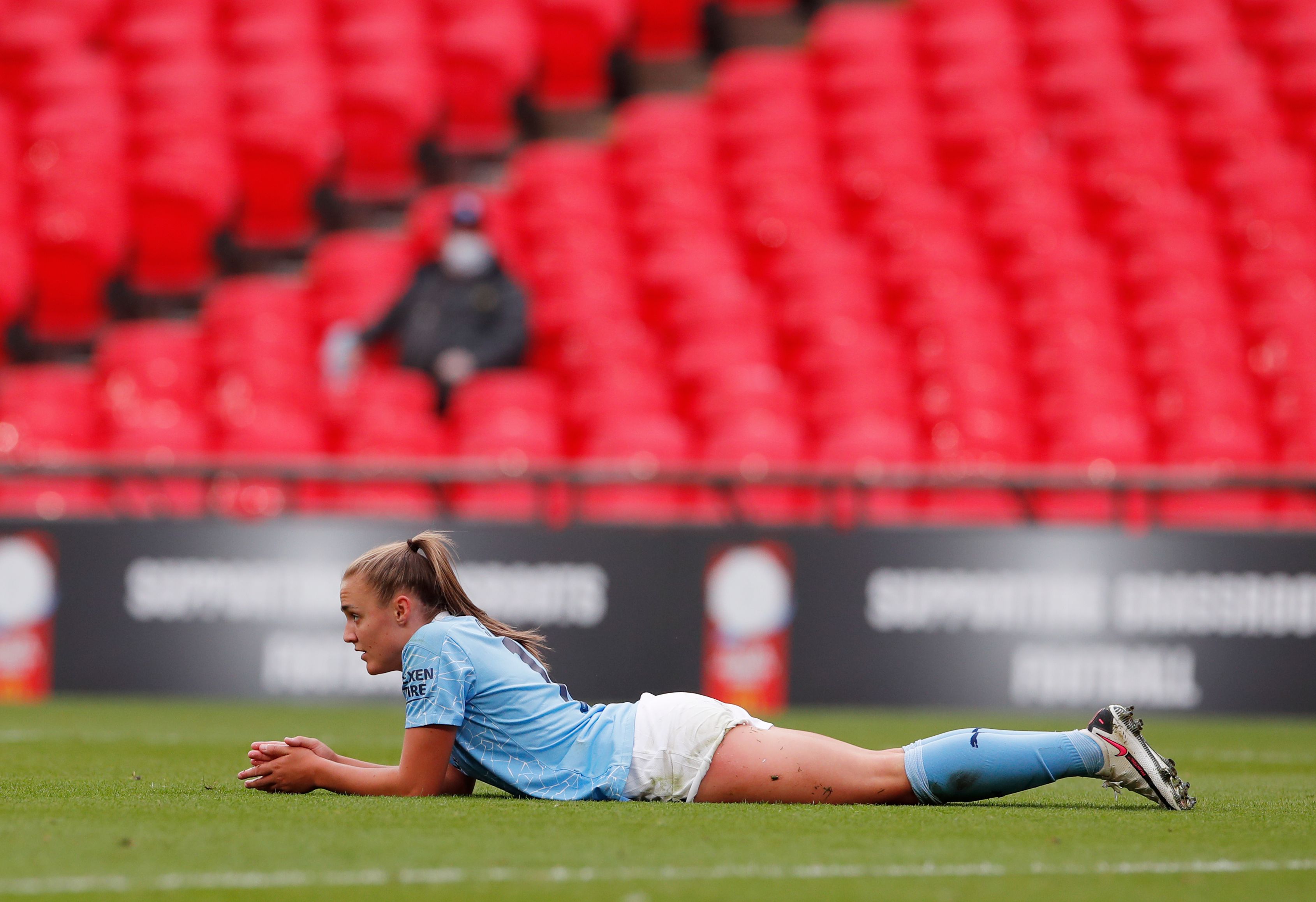 Taylor’s side kept their foot firmly on the pedal as Georgia Stanway forced Berger into a sublime save.

The German keeper palmed the ball onto an onrushing Kelly who rifled an effort into the near post.

Moments after the break, star striker Kerr fluffed her lines again and flashed an effort agonizingly wide of the near post following a brilliant run from Fran Kirby.

Stanway almost put the Citizens ahead but dragged an effort wide.

And it was certainly proving a fiery affair with tackles flying in from both sides before Scott was sent off.

City cranked up some late pressure but it was game over when Cuthbert hammered the final nail in their coffin in the dying moments.