LIONEL MESSI was too angry to swap shirts with Alphonso Davies.

Understandable really, given the Bayern Munich star had just helped thrash Barcelona 8-2 in the Champions League. 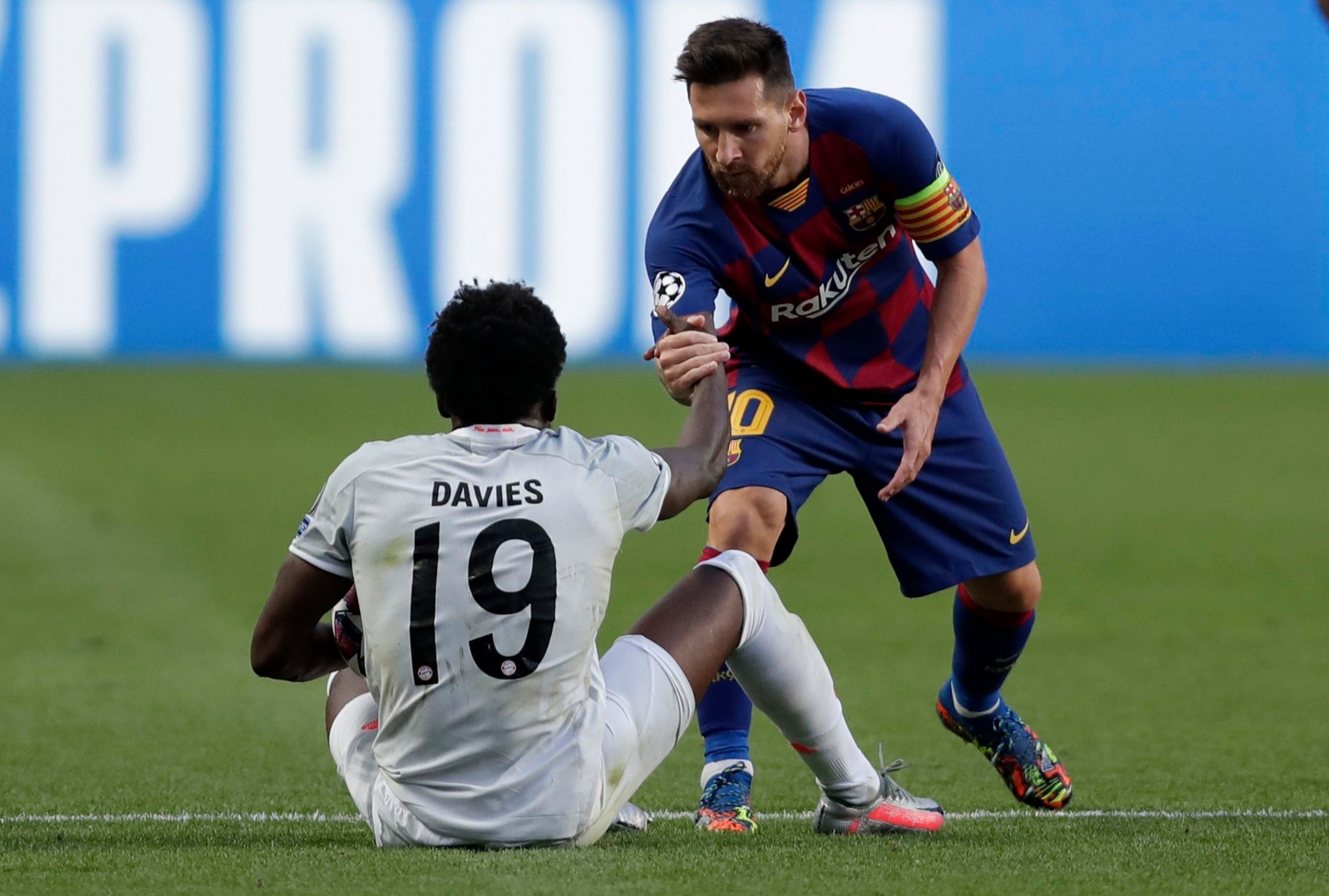 The ramifications of that defeat appear huge – with all but seven Nou Camp stars up for sale.

Even Messi could be off, with Inter Milan and Manchester City leading the chase for his signature.

There is no denying Messi has been upset with his side's performances, especially after they threw away the LaLiga lead to hand Real Madrid another title.

It appeared that came to a boil at full-time of the German side's astonishing win over the five-time champions.

Speaking after the triumph over Barca, Bayern full-back Davies said: "I asked Messi for his shirt but I think he was a little bit upset.

Of course, Uefa guidelines strongly suggest players should not swap shirts due to coronavirus protocols.

It was thought Neymar could be at risk of missing the final against Bayern after he swapped shirts with RB Leipzig's Marcel Halstenberg following PSG's semi win.

However, European football's governing body later confirmed he will be able to play in the showpiece in Lisbon on Sunday.

Messi, 33, can leave the Nou Camp for free next summer as things stand.

Reports in Spain say the six-time Ballon d'Or winner – who looked crestfallen after the defeat to Bayern – is "seriously considering his future".

Talks over a two-year extension have been put on hold.

Arsenal midfielder Lucas Torreira out for ‘eight to 10 weeks’