MEGAN RAPINOE has lifted the lid on facing England at the 2019 World Cup in her explosive new book, "One Life". 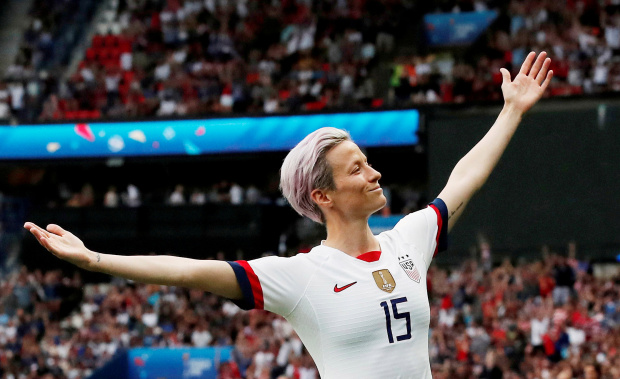 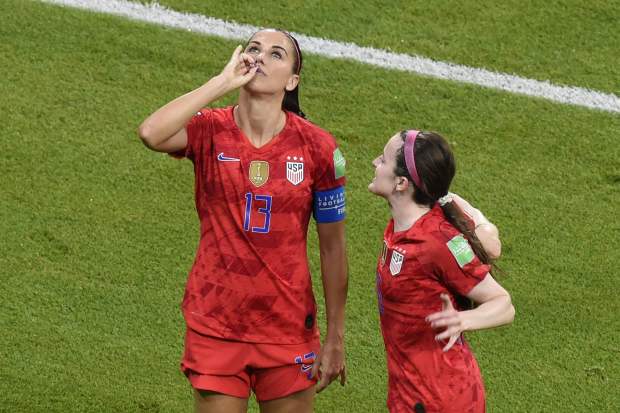 In an extract from her new book, published by The Telegraph, Rapinoe said: "I was injured for the semi-final against England. It was Alex’s 30th birthday, she was feeling pretty jaunty.

"After her goal she raised her pinkie in a gesture to imitate drinking tea. It was epic.

"To tease the English is such a pleasure, they react immediately and get completely outraged.

"It sparked a whole new level of rivalry with Phil Neville’s team, who are good, although not as good as Neville thinks they are.

USA star Alex Morgan trolled the entire English nation after she celebrated by “sipping on tea” in their World Cup semi-final clash.

Rapinoe labelled English fans "uptight" for their uproar at the celebration.

She told the BBC at the time: "There was lots of talk about arrogance, celebrating too much, but this is what you want.

"These are the goals you want and this team is giving it to you – it's defiance but it's cheeky.

"I feel like we're going to have fun. We have a very serious role to play so it is kind of a balance of that.

"We have always done this – we have done cartwheels, sang into microphones, made snow angels when we played in the snow.

"The next level trolling with the tea [by Alex Morgan] is so funny.

It's so funny because you English are so uptight sometimes. It was just so perfect, you know?"

Rapinoe recently got engaged to her long-term partner Sue Bird, who plays basketball for Seattle Storm.

She ruffled feathers after blasting the amount of time it took Manchester United to form a women's team as "disgraceful".