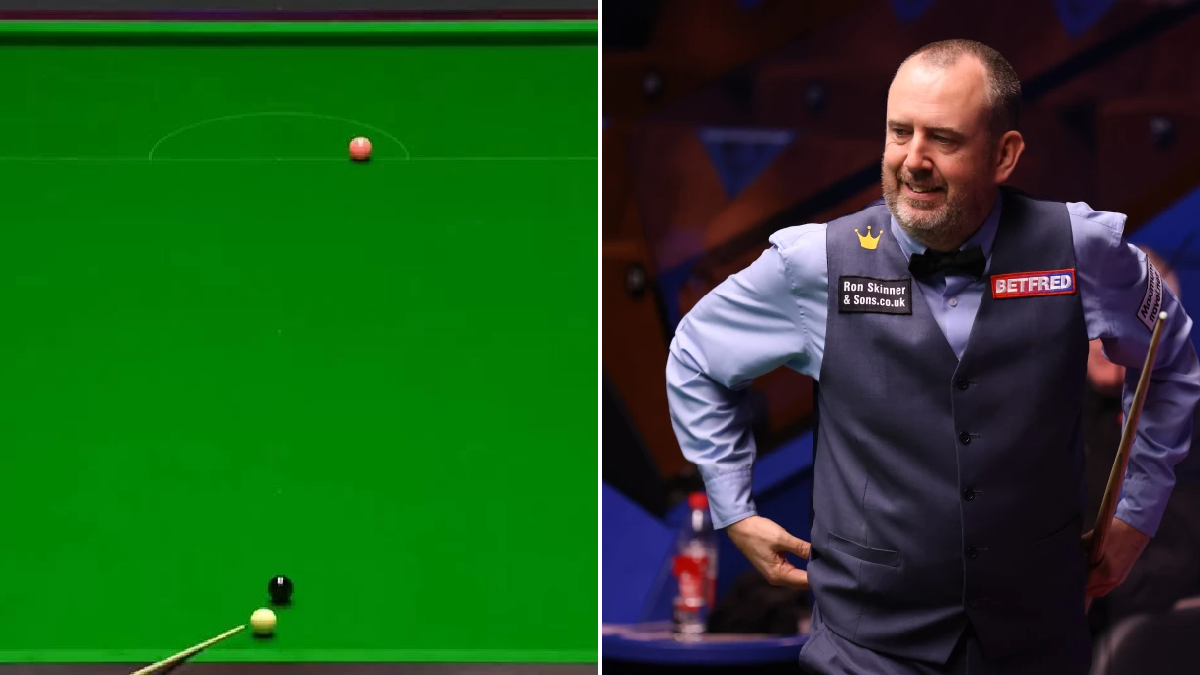 Defending champion Yan Bingtao was dumped out of the Masters as Mark Williams pulled off a sensational one-handed shot on his way to victory.

Williams recorded a 6-4 win over the 21-year-old in the first round of the tournament taking place at Alexandra Palace.

Yan raced into a 3-1 lead by notching breaks of 64, 71 and 57 before three-time world champion Williams took hold of the game with four half centuries and a century.

But it was his one-handed effort to seal the fifth frame that left fans in awe at the Palace as he potted the pink while snookered behind the black.

Clipping the pink perfectly off the cushion before dropping it into the yellow pocket, it was a shot very few of his fellow pros could pull off on such an occasion.

Williams, who is still battling the after-effects of Covid-19, also pulled off a trademark underarm shot to pot the yellow in the same frame.

‘I play them all the time in practice and in matches I don’t miss many underarm shots,’ Williams said.

‘There are some snookers I would rather play one-handed – it is not taking the mickey out of my opponent it is just that I feel more comfortable and if I get most of them, why not?

‘There’s nothing better than beating the defending champ anywhere, but here is even more special. The first time I won this he wasn’t even born. Just to get to venues like this at my age is just brilliant.’