MANCHESTER UNITED will earn more from TV revenue than Arsenal this season – even if they finish below them! 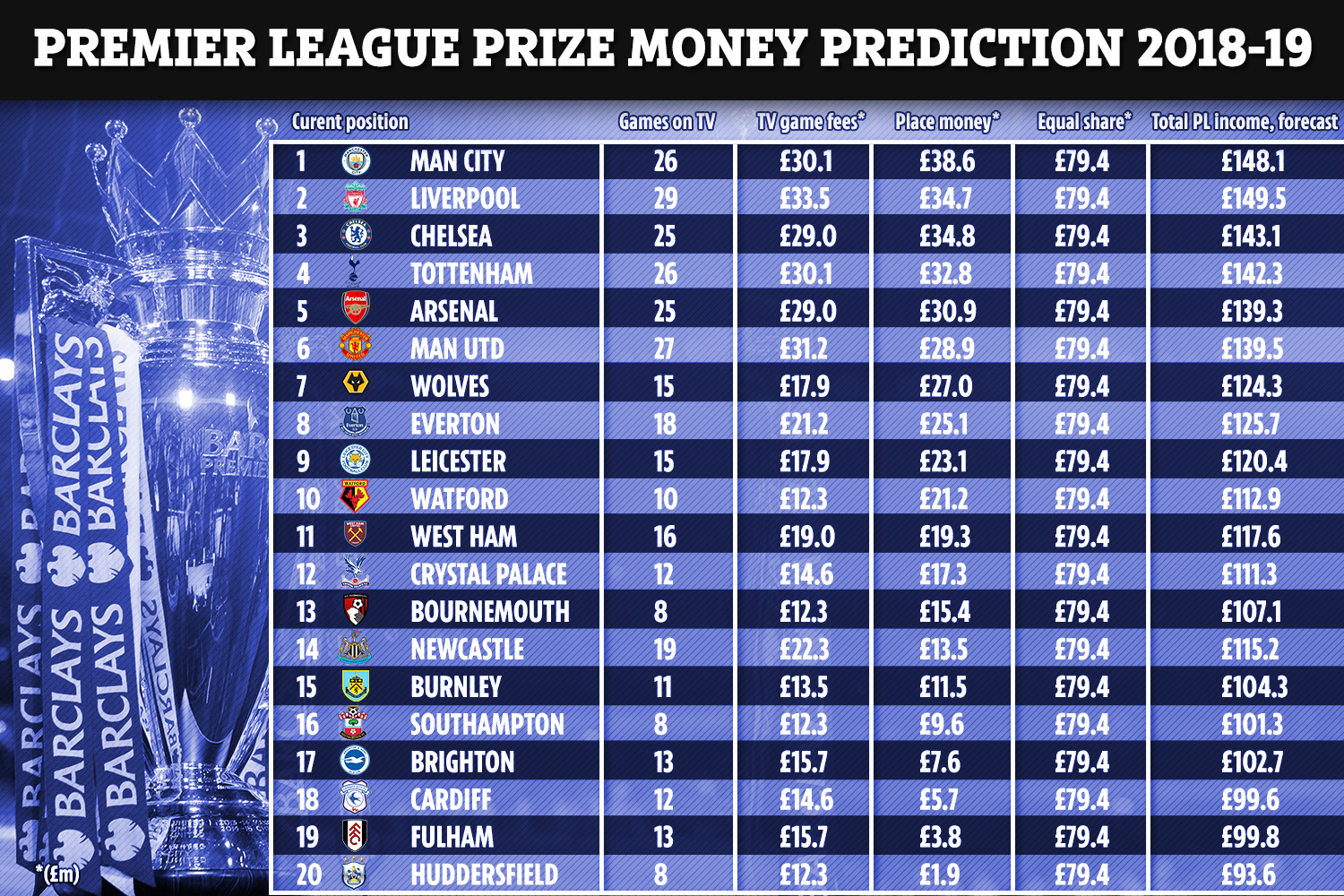 Ole Gunnar Solskjaer's side are fifth in the table without a win in their last five games in all competitions.

But the Reds are still predicted to pocket a whopping £31.2million from TV game fees this season.

Arsenal will rake in £29m – but have had two fewer televised games than United.

Liverpool are the biggest earners of the bunch with £33.5m – which means they will earn more prize cash than Manchester City.

The Merseyside giants have had more games shown on television than any other team in the league with 29.

Huddersfield, Southampton and Bournemouth have only been shown live by Sky Sports and BT Sport eight times.

Clubs are guaranteed a minimum of £12.5m for TV games with an added £1.2m per live match when shown more than ten times.

The Terriers are the lowest total earners of the lot after relegation booked their spot in the Championship next season.

They will take £93.6m down with them, while Cardiff and Fulham both racked up just shy of £100m.

Golf competitions suspended in Kenya due to ‘non-compliance’ of golfers