MANCHESTER UNITED have been handed a blow with Luke Shaw out for up to six weeks.

The left-back picked up a knock in Saturday's win at Everton, forcing Ole Gunnar Solskjaer into a substitution late in the game. 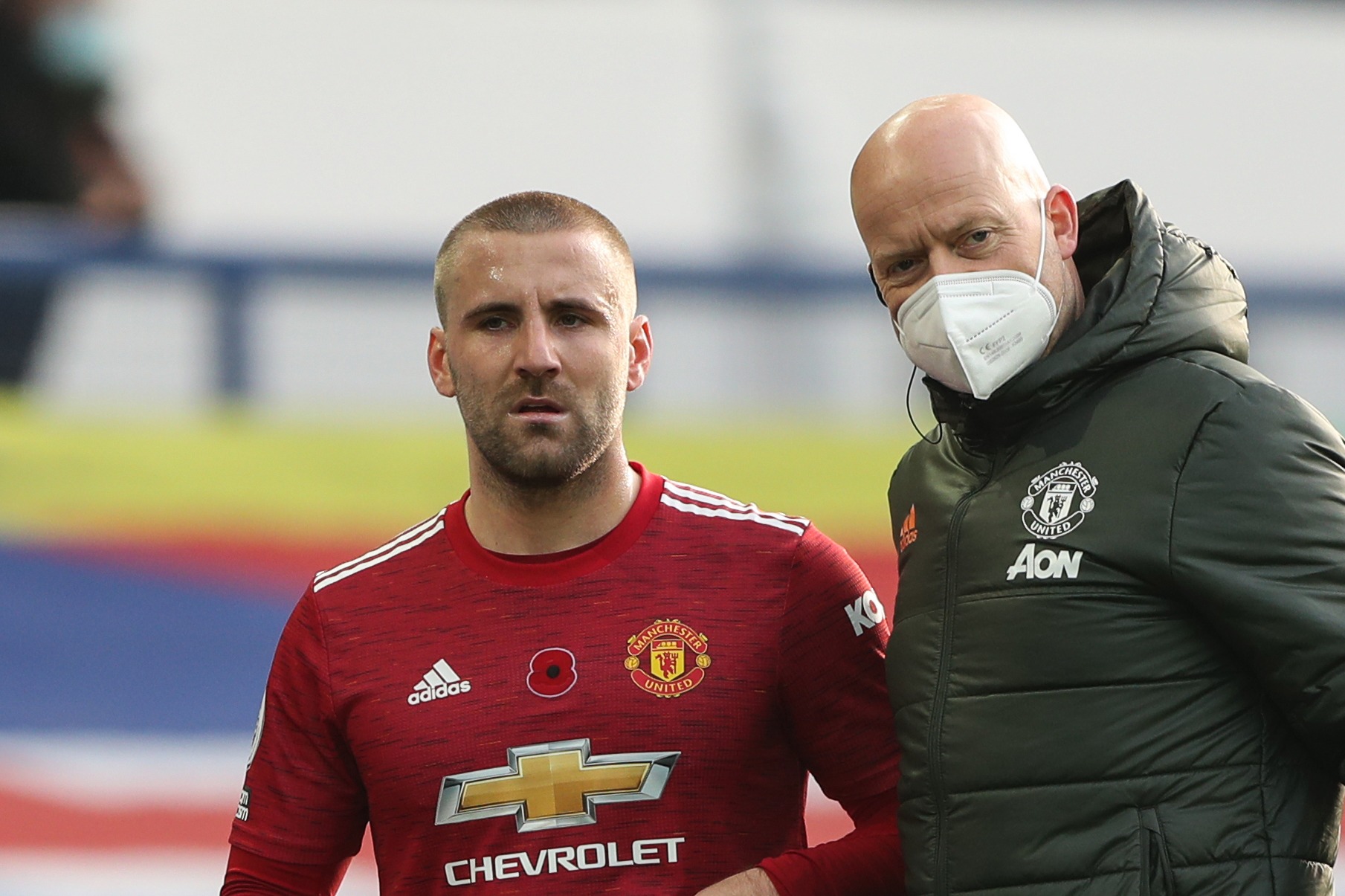 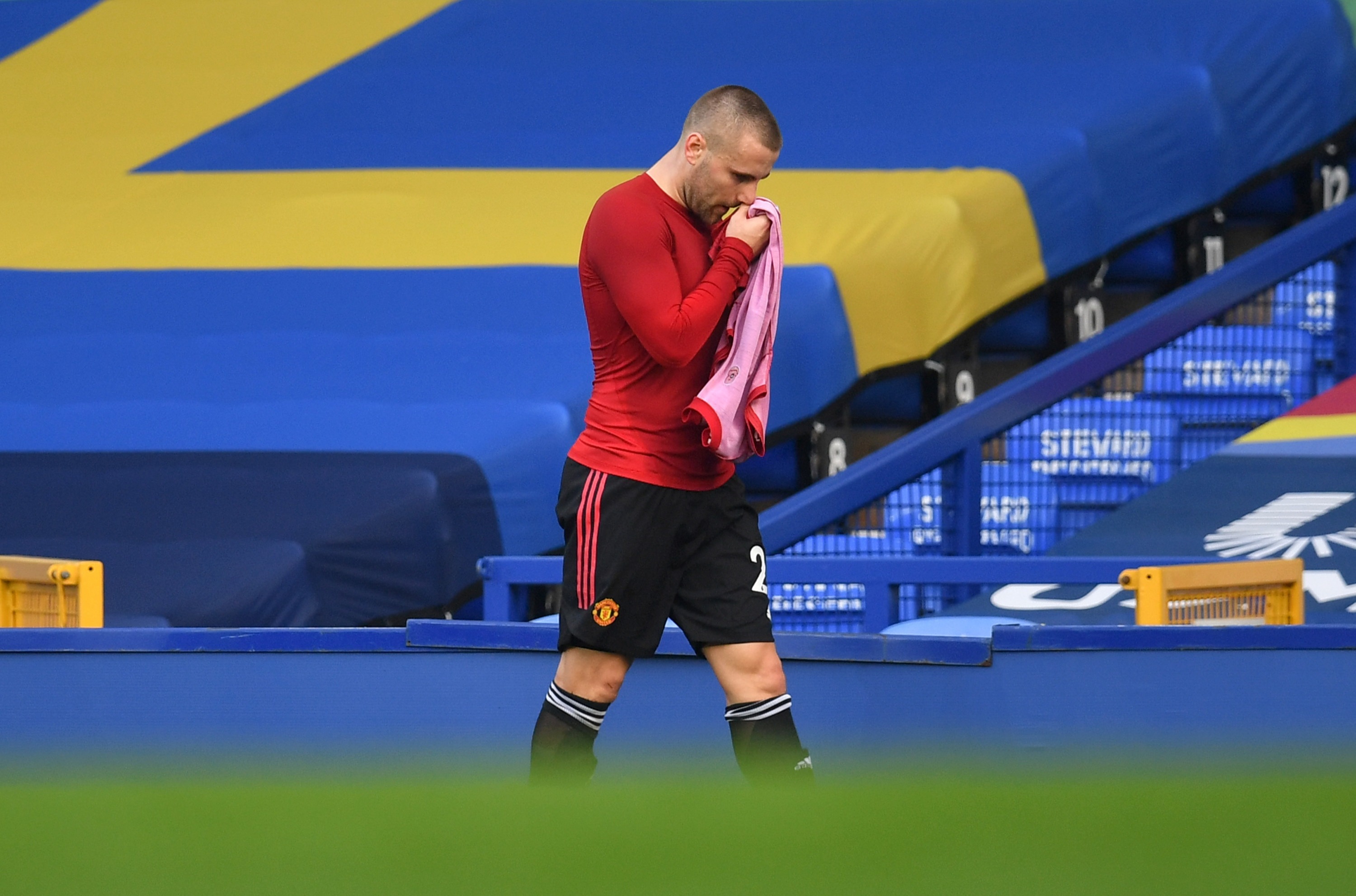 Shaw suffered a hamstring injury that could keep him out until Christmas.

The setback comes amid one of the 25-year-old's longer runs in the United team.

Shaw had played every minute of the Premier League campaign until the injury.

The news comes after Red Devils boss Solskjaer had bemoaned the decision to put United on the Saturday lunchtime kick-off after their midweek trip to Istanbul Basaksehir in the Champions League.

He told BT Sport: "Our boys were set up to fail today with the scheduling.

"How can you expect players to perform with the 12.30pm kick off time? It's an absolute joke.

"Of course we tried to move this game. What sense was there playing Saturday lunchtime when we could play Sunday because of the international break afterwards.

"I pushed my club to really fight on this one to give us half a chance. But it was just quashed and we were told, 'No, it's been selected'."

Axel Tuanzebe came off the bench to see out the win at Goodison Park.

But the young defender will have to beat Alex Telles to earn a run in the side.

Having made his debut against Paris Saint-Germain last month, the Brazilian has sat out five matches due to a bout of coronavirus.

United next face West Brom once the fixture mayhem resumes after the international break, with five consecutive midweek games before the equally busy Christmas period.

Managers such as Jurgen Klopp have backed Solskjaer in his criticism of lunchtime kick-offs.

Trent Alexander-Arnold will miss England's games this month after a knock against Manchester City, with Klopp stating: "The boys are on the edge.

These are difficult times for everyone, not just football, and we need to look after everyone.

"No team [playing] on a Wednesday night should have the 12.30pm kick-off on Saturday.

"Sunday – no problem. Not the 12.30pm because that is a complete killer. You wake up and play football. This is the recovery phase.

"The Premier League has to change. Sky, BT, you – everyone has to talk to each other. You want good football? Give the boys a few hours more rest."

Manchester City boss Pep Guardiola added that it was a 'disaster' that five subs were not allowed in English games.

Solskjaer said: "There have been too many serious injuries in the Premier League this season that can be from physical or mental fatigue.

"We want this product to be the best in the world. We don't want it to harm any player. These are difficult times for everyone, not just football, and we need to look after everyone.

"Use common sense, and sort out the schedule. This is such a serious issue, that we don't look after these players. They are not robots, they are human beings."