VINCENT KOMPANY was drug-tested after scoring the incredible winner in Manchester City’s 1-0 victory over Leicester.

The Manchester Evening News claims Kompany, 33, was one of two players selected by doping control after his 25-yard screamer saw City move one point above Liverpool in the title race. 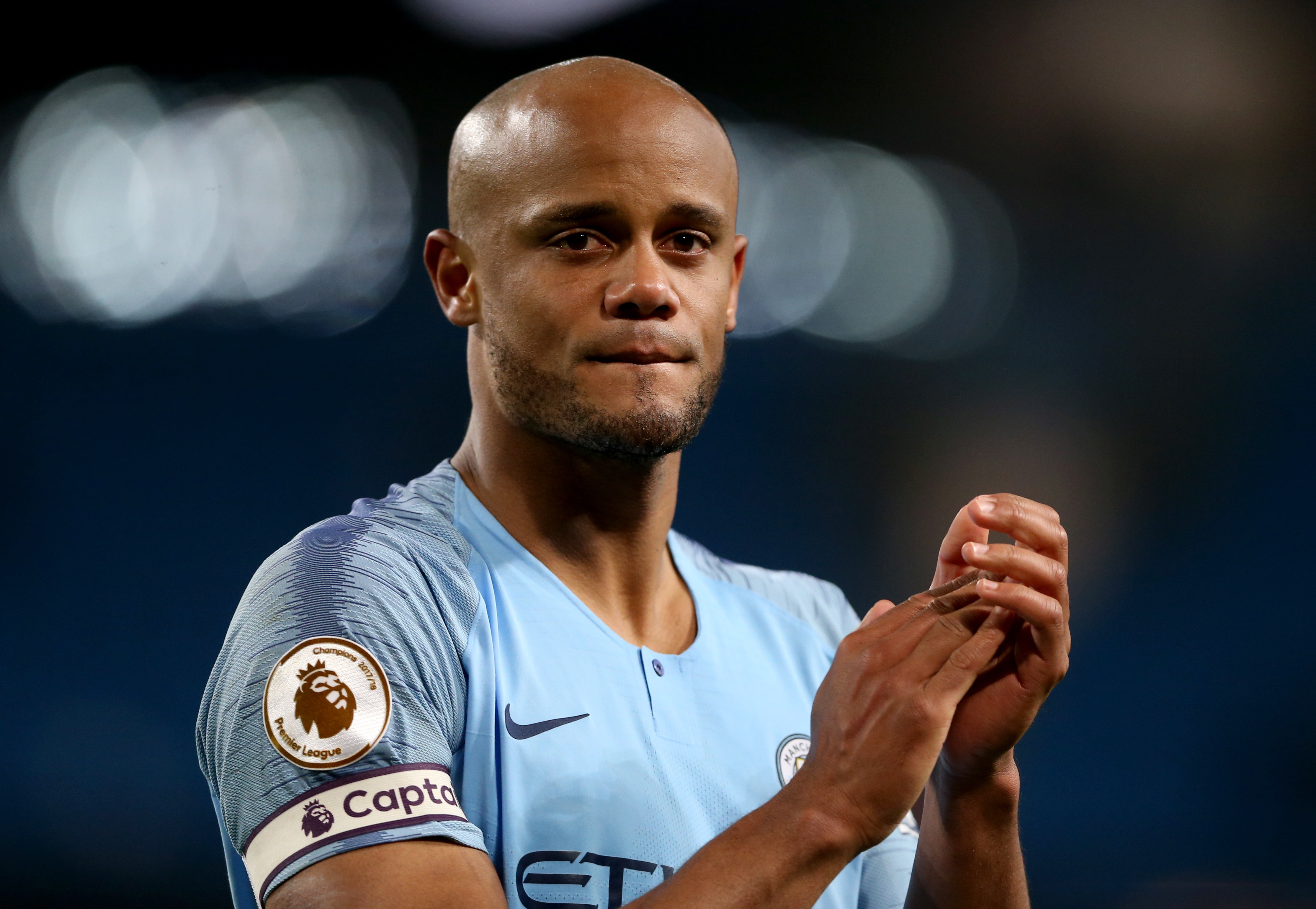 Pep Guardiola’s men were in danger of drawing at the Etihad, knowing that only a win was sufficient ahead of next weekend’s season closer at Brighton.

The likes of Sergio Aguero, Raheem Sterling and Bernardo Silva could not find a way through Leicester’s stubbon defence.

But Kompany, who had been excellent all night long, stepped forward to dribble the ball towards the Foxes’ box before unleashing a rocket from distance to send the home fans into raptures.

However, the Belgian was unable to fully celebrate the moment as he was taken to a side room for tests along with another player after the final whistle.

KOM AS YOU ARE

Afterwards, Kompany – who is out of contract this summer –gave some insight into his goal, saying: “I could hear people saying, ‘Don’t shoot, don’t shoot!’

“But I’ve not come this far in my career to have young players tell me when to shoot.”

Boss Guardiola has since revealed he did not want Kompany to take the shot, admitting: “I said, ‘No shoot Vinnie, no shoot!’

“We are going to take a beer together and decide what is best (regarding his expiring contract), especially for the club.

Most Read In Sport

“He is an incredible human being and he helps me a lot. I always said I could not use him a lot, but this club is what it is because of people like Vincent.

“When he is fit he is an incredible centre-back. He is a real defender, he is a leader many times.

“We controlled the game, we were much better than the opponents. Sometimes you need a goal like Vinnie today.”