MANCHESTER CITY broke old and set new records as they retained their spot at the Premier League summit following a 4-0 win over Newcastle.

City cruised to victory against a hapless Toon side with goals from Rúben Dias, Joao Cancelo, Riyad Mahrez and Raheem Sterling. 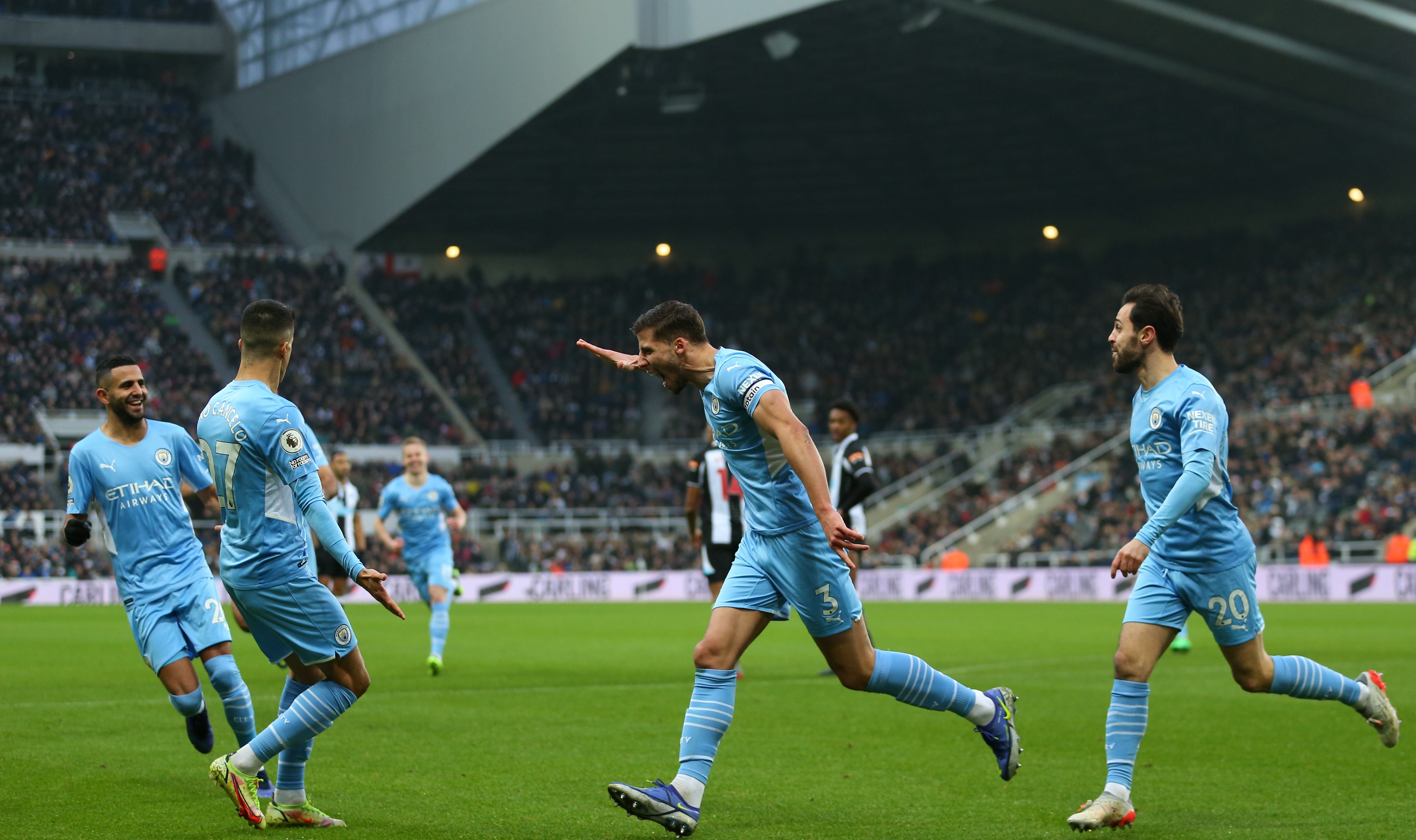 Dias nodded in City's first after just five minutes before Cancelo doubled their lead just before the half-hour mark with a stunning effort from 22 yards out.

Mahrez got in on the action 64 minutes in and added a third, and the Magpies' misery was complete when Sterling struck home minutes before the final whistle.

The rousing victory, which was City's 19th of the campaign, and their 34th of 2021 – made it the most wins in a calendar year for any team in England’s top-flight.

Pep Guardiola's side started their winning streak this year with a 3-1 thumping of rivals Chelsea.

Which was followed up with a 2-0 victory over fierce rivals Manchester United a few days later.

Liverpool were also on the receiving end of a 4-1 spanking at the hands of City in February.

The win over Eddie Howe's Toon side was also Pep Guardiola's side's 18th away win of the year – the most away wins ever recorded in England's top division in a single calendar year.

United were once again one of City's victims when they eased to a 2-0 win over their neighbours at Old Trafford.

City's win didn't sit well with United's fans who booed the Red Devils after the game.

It was also one of the losses that ultimately sealed ex-United boss Ole Gunnar Solskjaer's fate and dismissal from Old Trafford.

Four goals against the Tyneside club also meant that the reigning Premier League Champions surpassed their own record of the most topflight goals in a calendar year – with the Blues now sat on 106 in 2021.

Seven of this year's goals came earlier this week when City thumped Leeds in the league.

And five of those 106 goals were scored in August when the Etihad giants whacked Arsenal who failed to hit the net during the game.

City's next opponents Leicester City who they face on Boxing Day must be quaking in their boots at the thought of facing the Blues at the moment.

The Mancunian giants are no strangers to breaking Prem records and as well as shattering the team records for most passes made, they also attained the most passes completed back in 2018.

Italy star Jorginho was taught to play football by his mum on Brazil’s beaches, before being sold by a football factory – The Sun