RUBEN LOFTUS-CHEEK appears to have confirmed that Eden Hazard will be leaving Chelsea this summer.

But the midfielder hopes his Belgian teammate can first deliver the Europa League trophy to Stamford Bridge before heading to Real Madrid. 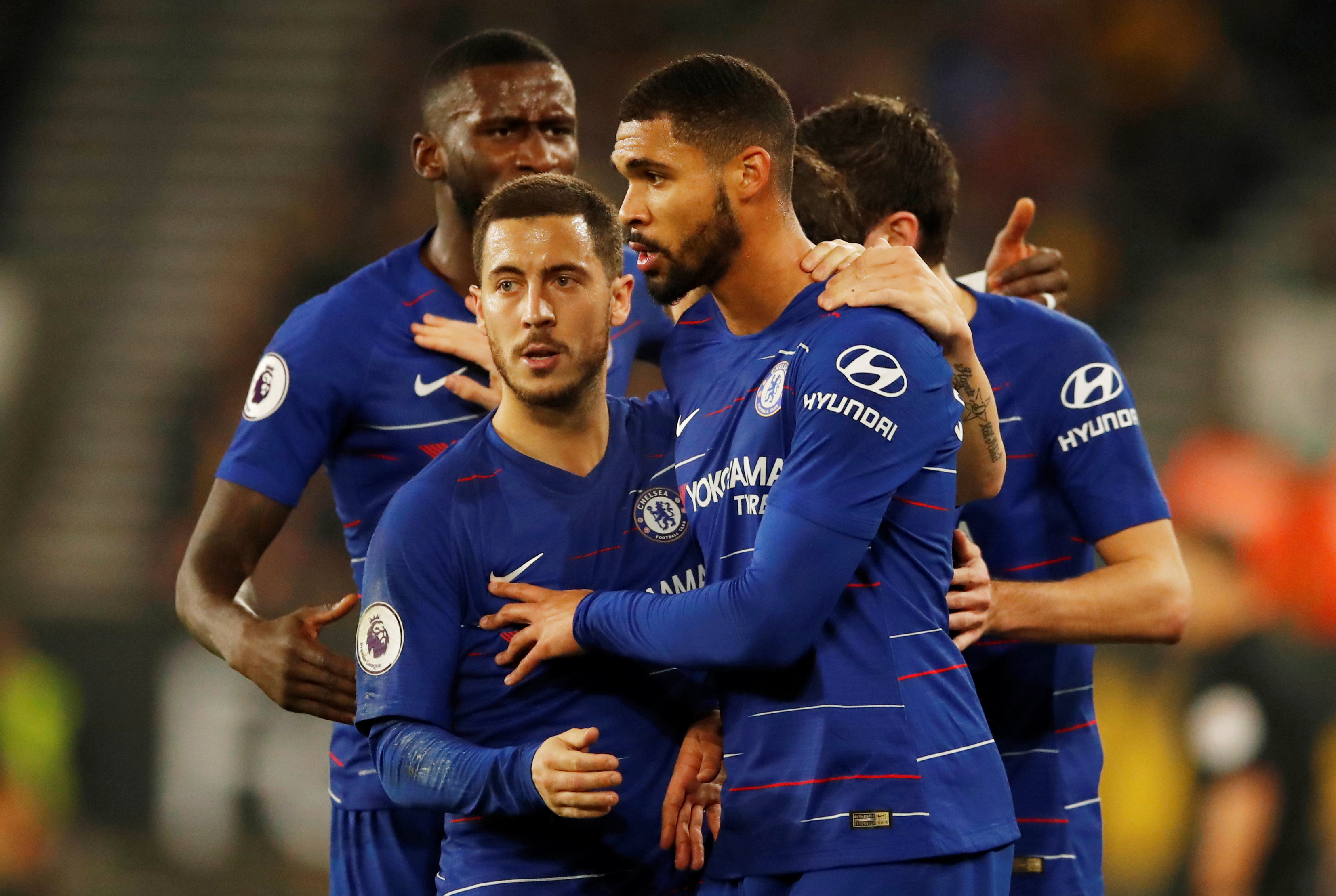 It’s believed Hazard will call time on his seven-year adventure in London at the end of the season, with Real finally ready to make him a Galactico.

Hazard has just one year remaining on his current contract, and Chelsea are ready to sell for £100million to avoid losing him on a free transfer.

However, there is still plenty to play for this term, with the Blues competing for a place in the Europa League final against either Arsenal or Valencia.

Chelsea host Eintracht Frankfurt tonight following a 1-1 draw in the first leg of the semi-final clash.

And Loftus-Cheek has called on Hazard to help the club win another piece of silverware before making his way to the Spanish capital.

Loftus-Cheek said: “The main attraction over the last seven years at Chelsea has been because Eden is playing.

“He can do stuff that amazes you and that’s what you pay your money for. He’s the kind of player I’d pay to watch.

“It will be very difficult to replace him. I don’t think you can replace him, he’s that good and his contribution to Chelsea has been immense.

“Everyone at the club loves him. I’m proud as a supporter and a team-mate to see what he’s done – and he’s not finished yet.

“He is so good, he can decide a game on his own. Hopefully he’s at his best tonight because we are going to need him.

“You see Eden, like with Lionel Messi as well, they are out of the game for a bit, then boom – they go through three or four players and score – that’s what the best players are able to do.

“From a young player coming into the team years ago, it was good just to observe how Eden prepares for the game and performs. He’s so quiet and focused.

“But even though Eden has reached the level he has, he just wants to enjoy his career. You have to enjoy it at the top level because you play your best football when you do.

“You can see from Eden, he is carefree but with the focus at the same time, which is why he is able to perform.”