LIONEL MESSI broke down in tears as he said an emotional goodbye to Barcelona fans this afternoon.

The Argentine addressed his shock exit from the La Liga giants at a presser at the Nou Camp. 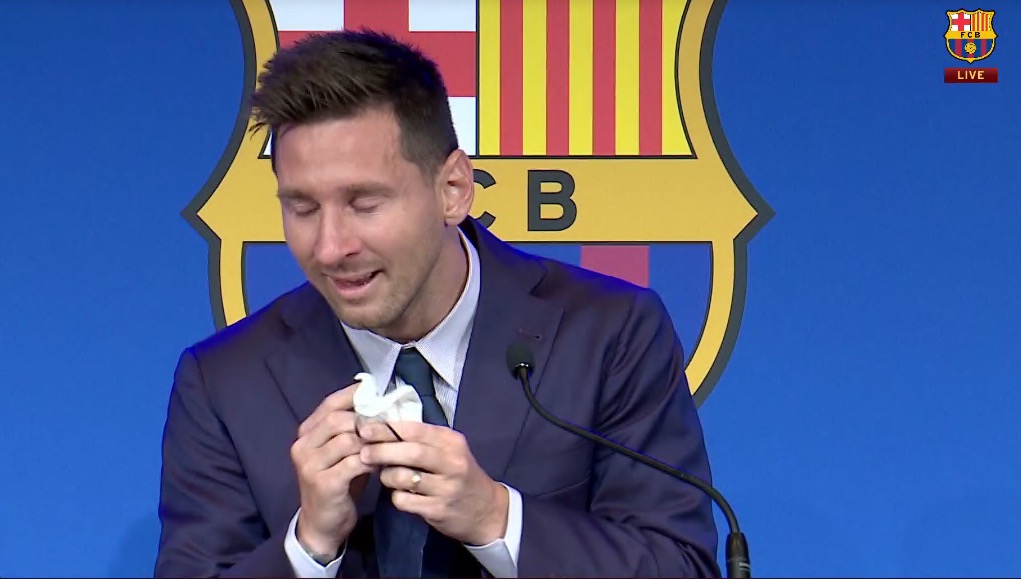 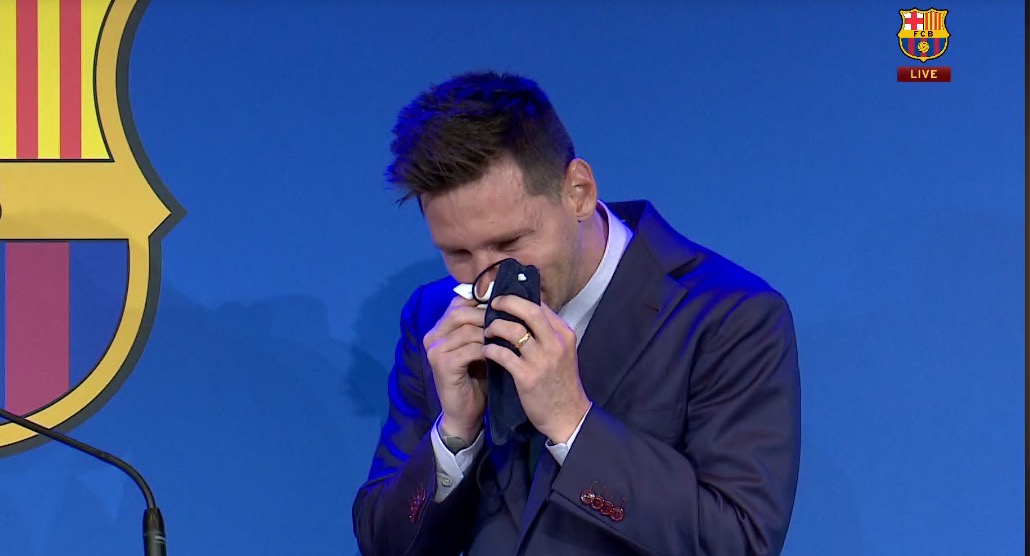 And he immediately broke down in tears as he began to address the media in attendance and the millions of fans watching across the world.

The emotional six-time Ballon d'Or winner was handed a tissue by his wife Antonela Roccuzzo to wipe away his tears.

A heartbroken Messi said: “I was convinced to stay here at Barcelona.

"This is my home, our home.

"I wanted to stay at Barca and it was the plan… and today I’ve to say goodbye after my entire life here."

It's understood that Ligue 1 champions Paris Saint-Germain are on the verge of bringing Messi to the Parc des Princes.

I wanted to stay at Barca

The Parisians have already held talks with Messi's father Jorge, who acts as his agent, over a multi-million-pound move to the French capital.

Four-time Champions League winner Messi is understood to have been offered a two-year contract worth £30million.

And the 34-year-old admits a move to Paris is currently being discussed.

He said: “Paris Saint-Germain is a possibility, yes.

"At the moment nothing is confirmed, I received lot of calls after Barcelona statement. We’re talking about it.”

Messi, who is currently a free agent, was on course to extend his 20-year stay with the Catalan giants after agreeing a reduced five-year deal.

In a bid to help alleviate Barca's current financial woes, Messi agreed to have his astronomical wages slashed in HALF.

And the Argentina international admits he's gutted his attempts help the club financially and extend his stay at the Nou Camp failed to bear fruit.

"My new contract was DONE. All done. I wanted to stay and when I come back from holidays, it was done.

"Then it’s how [Joan] Laporta explained it. At the last minute, with everything with La Liga, it couldn't happen."

He added: “I’m really sad because I didn’t want to leave this club. I love Barcelona and I wanted to stay, my contract was ready.

"I did everything in my possibility to stay.”

Messi became a free agent on June 30 following the expiration of his previous deal with his boyhood club.

The diminutive maestro was open to accepting a new challenge but was convinced by the Barca brass to extend his stay in Catalunya.

He said: “There was no problem with Barcelona, really.

"I was ok with the club on every detail. We had an agreement on everything, I was convinced to stay at Barca.

"But it was not possible because of Liga rules.”

But he insists his rendevous with the trio has played no part in his ongoing talks with the French champions.

He said: "The pic with Paris Saint-Germain was a coincidence, completely. I was there with my friends, we decided to take a photo.

Coronavirus in sport LIVE: Trump said UFC should go ahead – Dana White, Premier League could have 22 teams next season – The Sun