The 33-year-old is on a mission to force his way out of Barcelona after he handed in a transfer request. 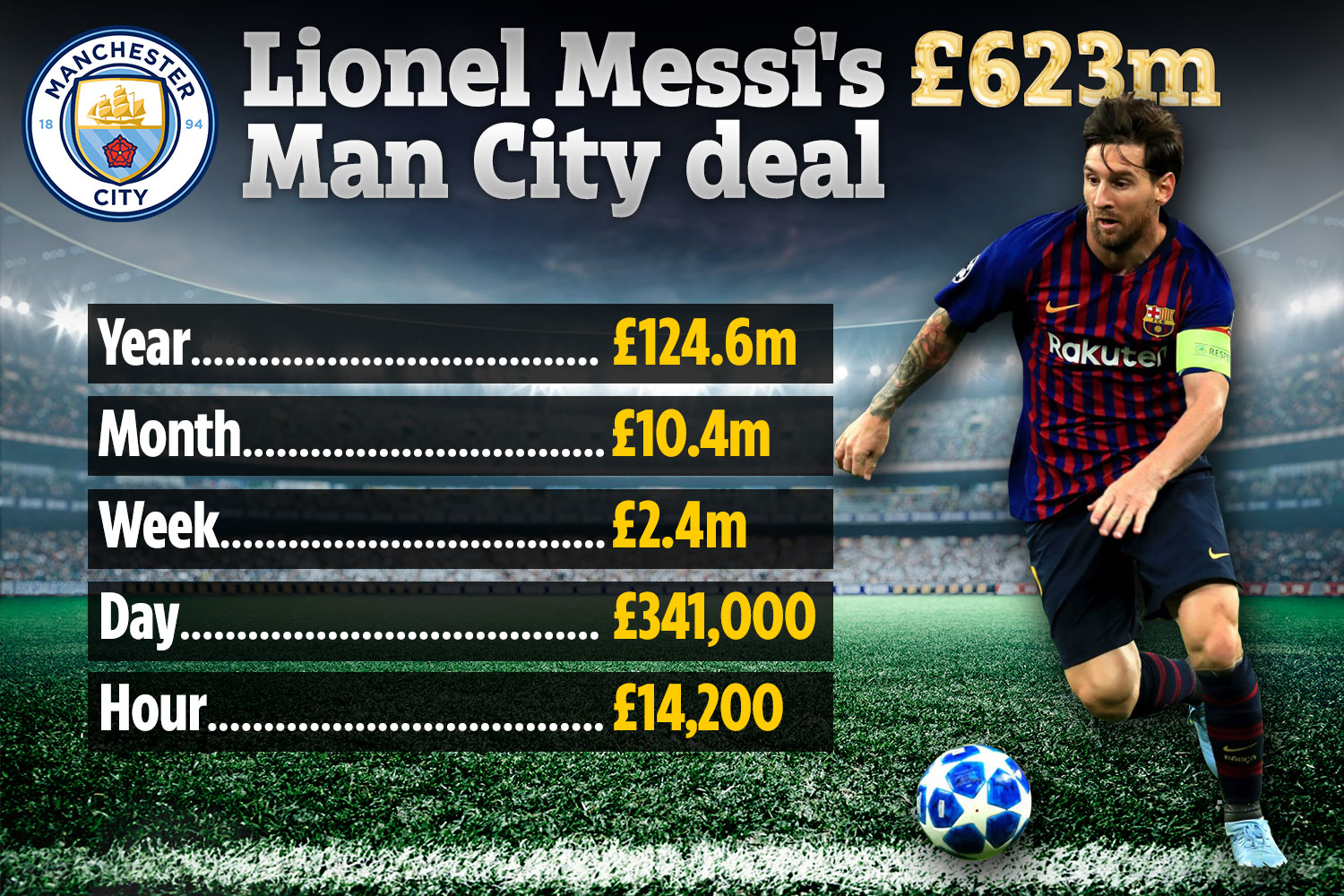 According to Record Sport, Messi has agreed financial terms worth €700m (£623m).

The incredible deal would make the Argentine the highest-paid individual in the history of sport.

He has allegedly agreed a five-year deal with City Football Group.

It is also reported that Messi could be offered an equity stake in CFG as part of his package.

The six-time Ballon d'Or winner has been at loggerheads with Barcelona since he handed in his transfer request to leave on a free.

He did not turn up to the club's compulsory coronavirus testing at the weekend ahead of pre-season training.

The player's legal team claim he is now a free agent due to a clause in his contract – which the club claim has expired.

Reports claimed he would have to sit out of the entire 2020/21 campaign to leave the club for nothing.

And Messi is facing a suspension and a £1.1m fine for missing training due to the legal battle.

Messi, 33, believes he is no longer an employee of the club but Barca chiefs insist he is still the Nou Camp side's captain.

La Liga released a statement in support of the club that claimed any interested clubs will HAVE to pay his £630m release clause.