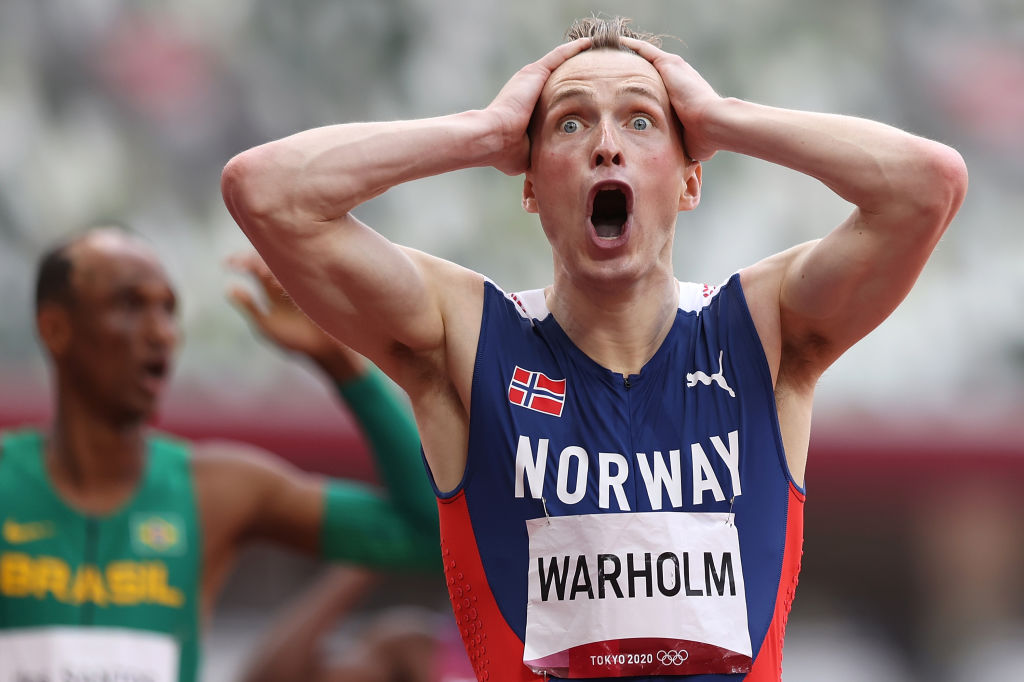 Karsten Warholm broke the 400m world record that he set himself earlier this year in an incredible final which saw all three medallists finish fast enough to beat the previous Olympic record.

The Norwegian champion crossed the line in 45.94, obliterating his previous record of 46.70 by 0.76 seconds.

American Rai Benjamin will scarcely believe that he had to settle for silver as he also broke the previous world record, finishing in 46.17, while Brazil’s Alison dos Santos also produced a stunning effort of 46.72.

It was one of the all-time great Olympic finals thanks to the performances of those three who ran three of the four fastest 400m hurdles times in history, with Warholm setting the other in Oslo in July.

Kevin Young had held the world record and Olympic record since the Barcelona Games in 1992 but he has been nudged down the pages of history by the Norwegian, American and Brazilian.

25-year-old Warholm fell at the semi-finals of Rio 2016 but has since won the 2017 and 2019 World Championships and now claims Olympic gold.

Benjamin had to settle for silver at the 2019 World Championships and did so again in Tokyo despite his immense effort.

The standard throughout the final was unreal, with three more national records either equalled or beaten by finalists.

Kyron McMaster of the British Virgin Islands in fourth, Yasmani Copello of Turky in sixth and Rasmus Magi of Estonia in seventh all now hold national records.

Failing in the clutch is dooming Yankees