JURGEN KLOPP has thrown in the towel on the title race. 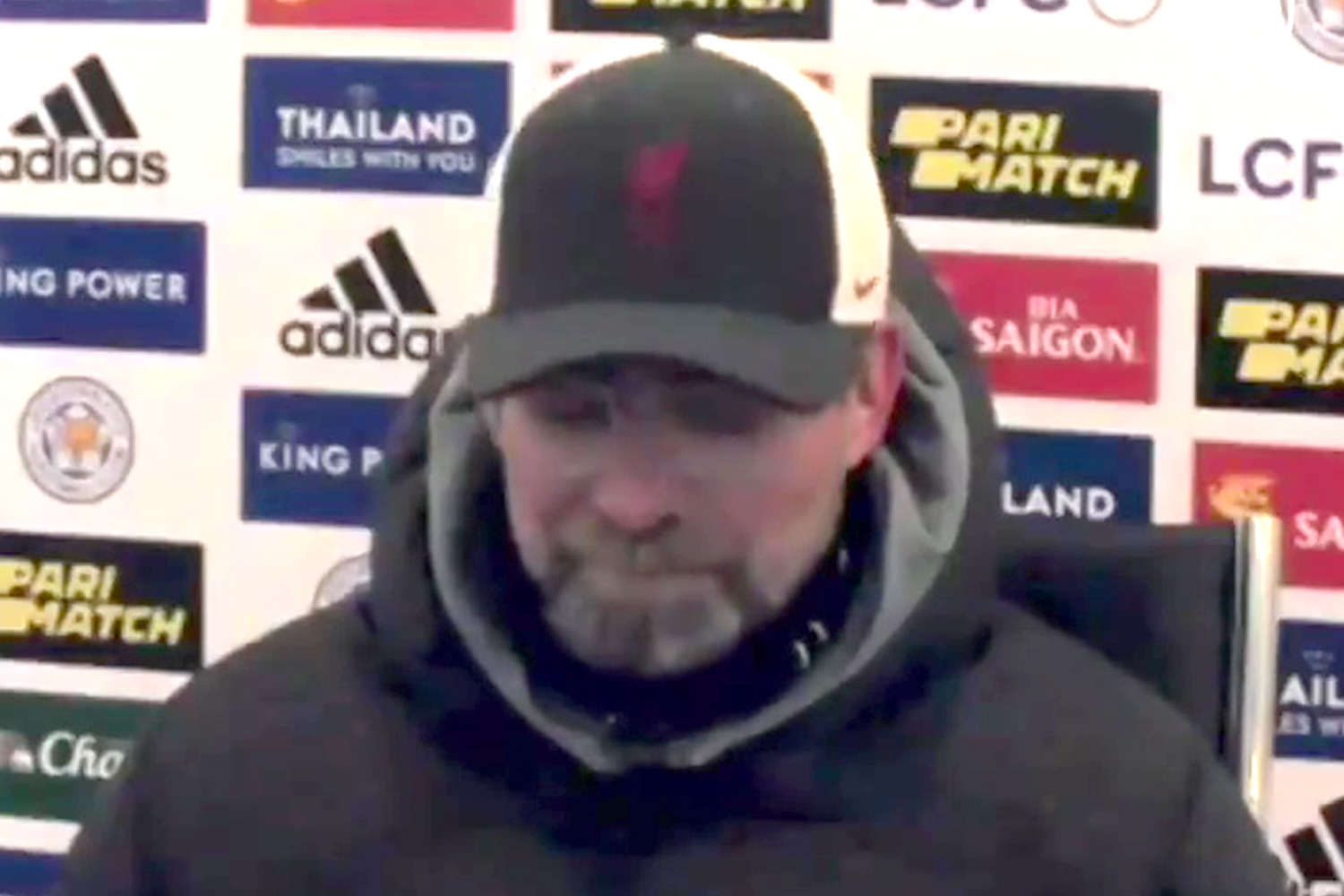 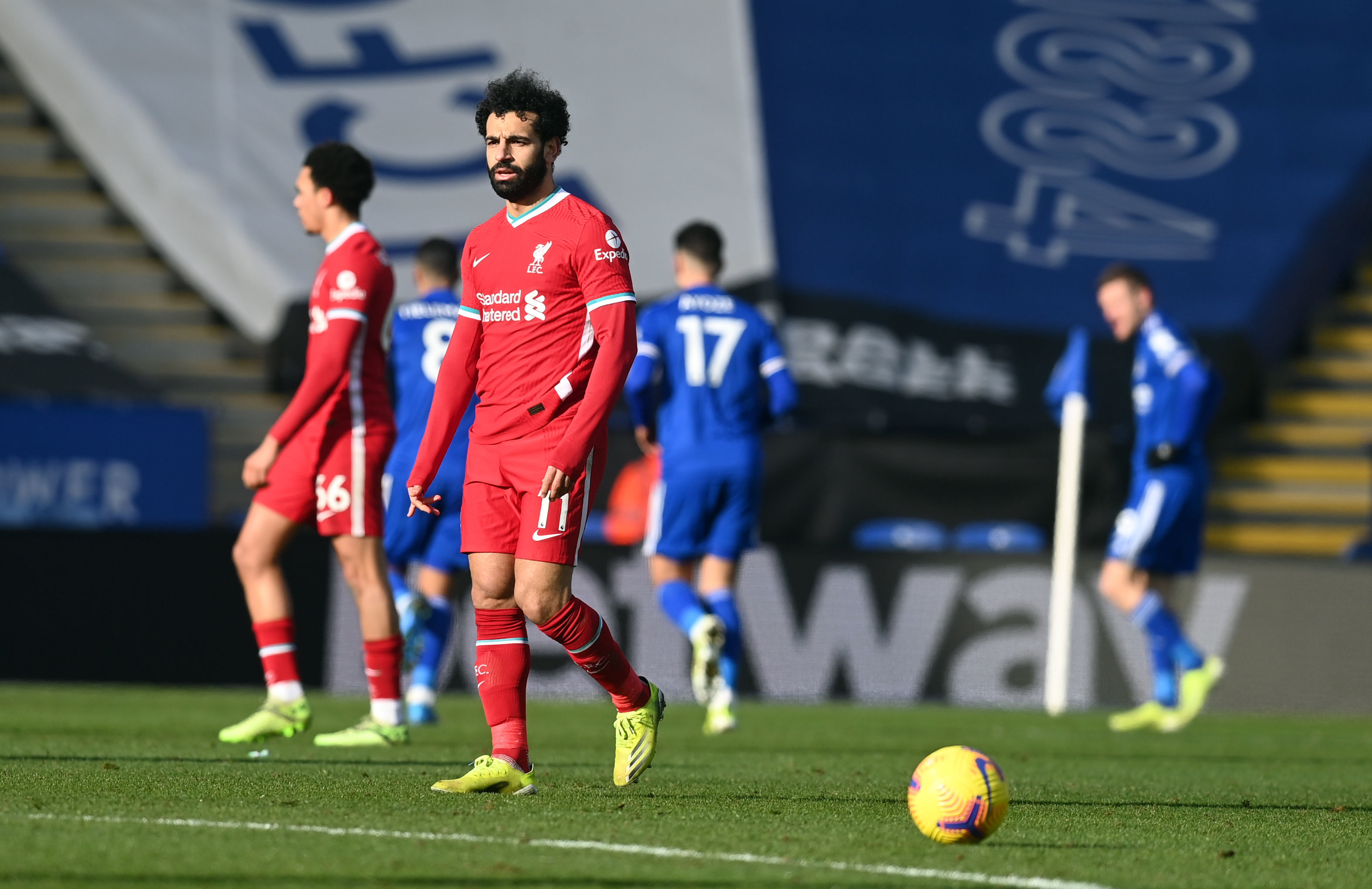 The fourth-placed Reds are now a whopping 13 points behind leaders Manchester City, who also have a game in hand.

And Klopp confessed: “I don’t think we can close that gap this year, to be honest.”

Asked if the title race was now over for his reigning champs, he added: “Yes, I can’t believe it but yes.”

This was Liverpool’s third successive Prem defeat in Klopp’s 300th game in charge as the Foxes fought back from Mo Salah’s opener with goals from James Maddison, Jamie Vardy and Harvey Barnes.

Klopp was furious with VAR Stuart Attwell over Maddison’s free-kick equaliser, claiming the official paused the replay at the wrong moment and his goal should have been ruled out for offside.

But Klopp fumed: “VAR should be completely objective but it’s not, because somebody has to make a decision whether it’s offside or not and which is the moment when we judge the offside.

“I’ve seen the replay plenty of times and Maddison didn’t even touch the ball when Stuart Attwell judged the situation.”

Pressed on whether he thought Attwell paused the image at the wrong moment, the German added: “Yes, of course.

“Maddison’s foot is behind the ball, so how can somebody know he already touched the ball?

“A millisecond later and three Leicester players are closer to the goal. That’s it.”

And Leicester went ahead following another blunder from the Brazilian, while more disastrous defending allowed Barnes to hit No 3.

Klopp added: “We have to avoid mistakes and misunderstandings. On two occasions we didn’t do that and that’s why they scored.” 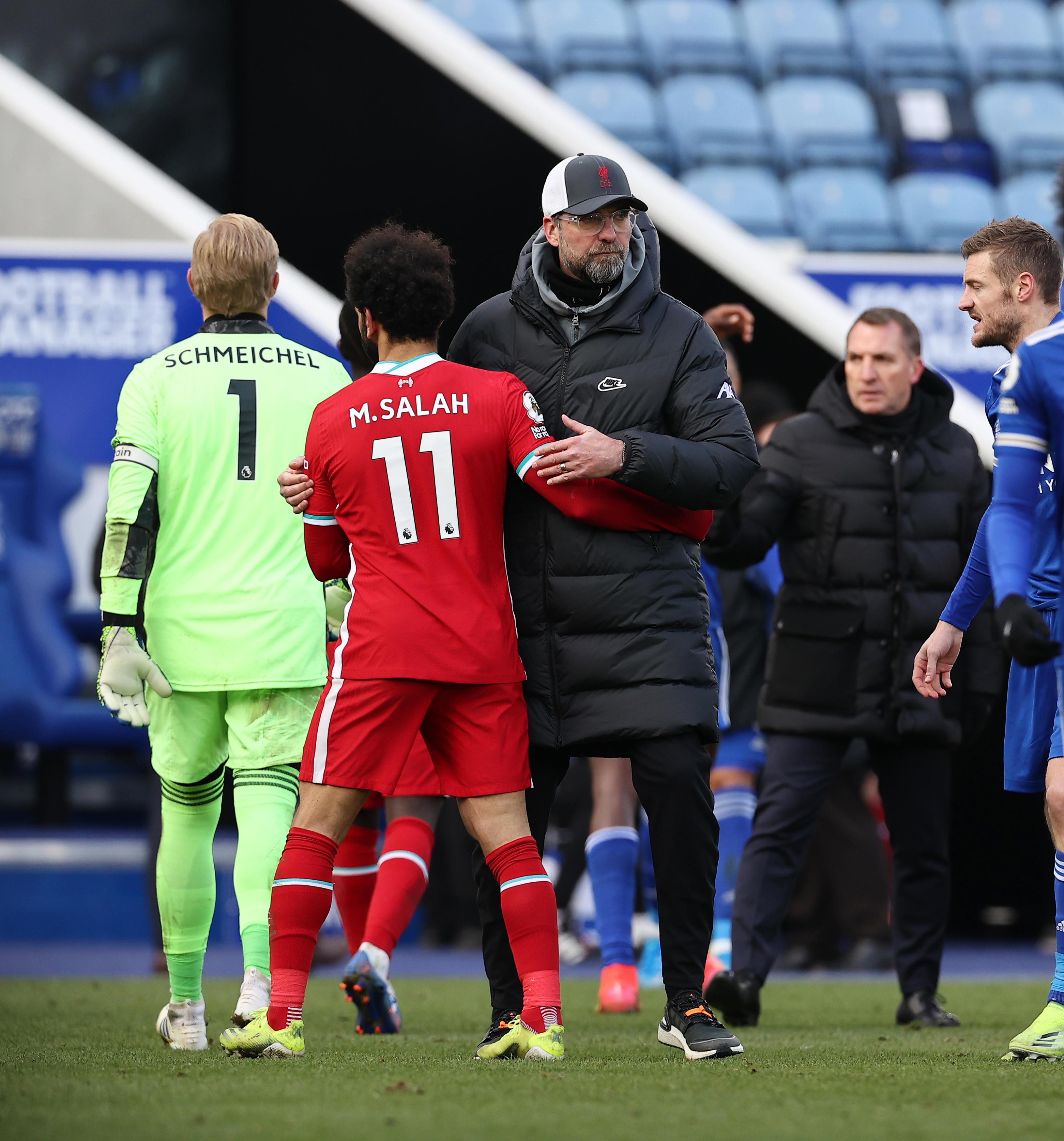 If results go against them, Liverpool could be seventh by the time they travel to Budapest to face RB Leipzig in the Champions League on Tuesday.

And Klopp’s concern is now whether his side can finish in the top four.

He added: “For the title, we are not silly. We have a tough game on Tuesday and then on Saturday and these are the things we are thinking about now.”

Defender Andy Robertson confessed: “I don’t know what happened in the last ten-15 minutes. We need to put an end to it.”

Victory sent Leicester second and Maddison said: “Alisson is having a tough time. I’m just happy we pounced on the mistake.”

Foxes boss Brendan Rodgers played down title talk and said: “There are still 14 games to go and an awful lot can happen.”