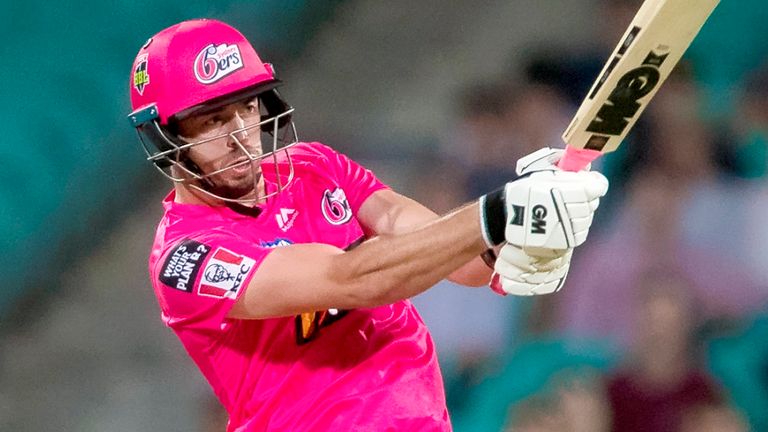 Vince (98no off 53 balls) stroked 14 fours and a six in a superb innings and began the 18th over of Sixers’ run chase with two needed for his hundred and one for his side to seal victory and reach the final.

However, Scorchers seamer Tye then sent a bouncer down the leg-side as Vince’s hopes of a second career T20 hundred, and his first in the Big Bash, were dashed at Manuka Oval in Canberra.

Vince and Tye stared at each other before shaking hands once defending champions Sixers topped Scorchers’ 167-6 with 18 balls to spare to ensure they will compete for the trophy in next Saturday’s final at the SCG.

Sixers could yet face Scorchers again in that match if the latter beat Sydney Thunder or Brisbane Heat in Thursday’s final play-off.

Speaking afterwards, Vince said “only he [Tye] will know” if the wide was intentional but also revealed his delight at making a match-winning score.

🙌 SIXERS WIN! WE'RE THROUGH TO THE @BBL|10 FINAL!#smashemsixers #BBL10 pic.twitter.com/79wfZG3tWp

“Two more would have been nice – I probably shouldn’t have taken the one in the previous over – but it’s great to contribute,” said the Hampshire man.

“I haven’t had that big score this tournament so it was nice to be there at the end and see the boys home. I’m just happy to be in the grand final.”

Vince – dropped on 23 by Tye at mid-off – struck Scorchers seamer Jhye Richardson for a boundary at the start of the 17th over to move onto 97 and then took a single after hitting to cover.

Daniel Hughes, with whom Vince put on an unbroken 76 for the second wicket, then pulled a short ball from Richardson for four to take Sixers one run shy of victory – to ironic boos from supporters.

But Hughes was cheered after blocking the next two deliveries and letting the final ball of the over sail through to Scorchers wicketkeeper Josh Inglis.

Vince was unable to lay bat on another delivery, though, as Tye’s illegal ball ended the game – Vince missing out on becoming the third man, after fellow Englishman Alex Hales and Australia’s Alex Carey, to score a century in the Big Bash this season.

Vince had shared a first-wicket stand of 92 with Josh Philippe (45 off 28) to break the back of the chase and carried on after Philippe was out to Lancashire and England’s Liam Livingstone.

Livingstone (15) and Jason Roy (3) had fallen cheaply after Scorchers elected to bat, with Inglis (69 off 41 balls) their top-scorer in what turned out to be a losing total.

Scorchers will get a second shot at the making the final on Thursday, though, when they face the winners of Sunday’s knockout between Thunder and Heat.