JAKE PAUL believes he will knock Tyron Woodley out in the first round ahead of next week's fight.

Paul and Woodley are expected to lock horns this Monday at the Rocket Mortgage FieldHouse in Cleveland, Ohio. 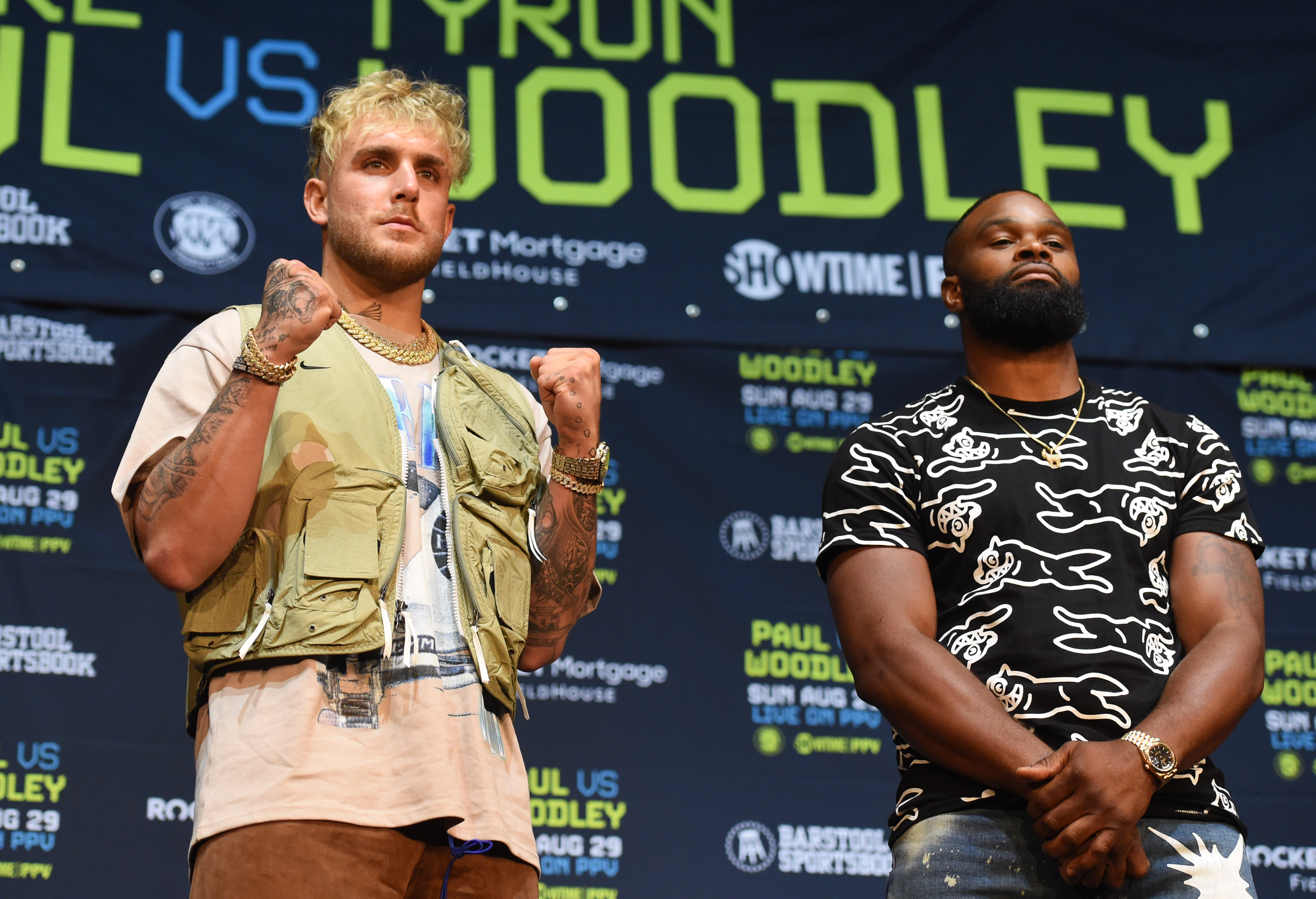 The YouTuber previously predicted that he will win inside three rounds but he now changed his tune and actually believes he will have his hand raised after a maximum of two.

"But to be honest, something in my heart tells me that it's going to be another one-round fight.

"As crazy as that sounds. I think it's going to be a very short night for Tyron.

"I'm just built different. I have something inside of me that I think is just a natural born fighter, with natural power.

"When those 10oz Grant gloves come on, I just grip them back, and the knuckles are at the front of the gloves.

"There's no way these people's heads can deal with this damage."

Woodley has crossed over to boxing after standing out in UFC where he became welterweight champion in 2016 and kept the title for two years.

The 39-year-old American will make his debut in the sport having not won an MMA fight for two years.