JAKE PAUL is adamant Floyd Mayweather has 'lost his mind' after the legendary boxer challenged him to an exhibition fight.

Back in February, the former four-division world champion revealed his intention to face the YouTuber and his friend turned enemy 50 Cent. 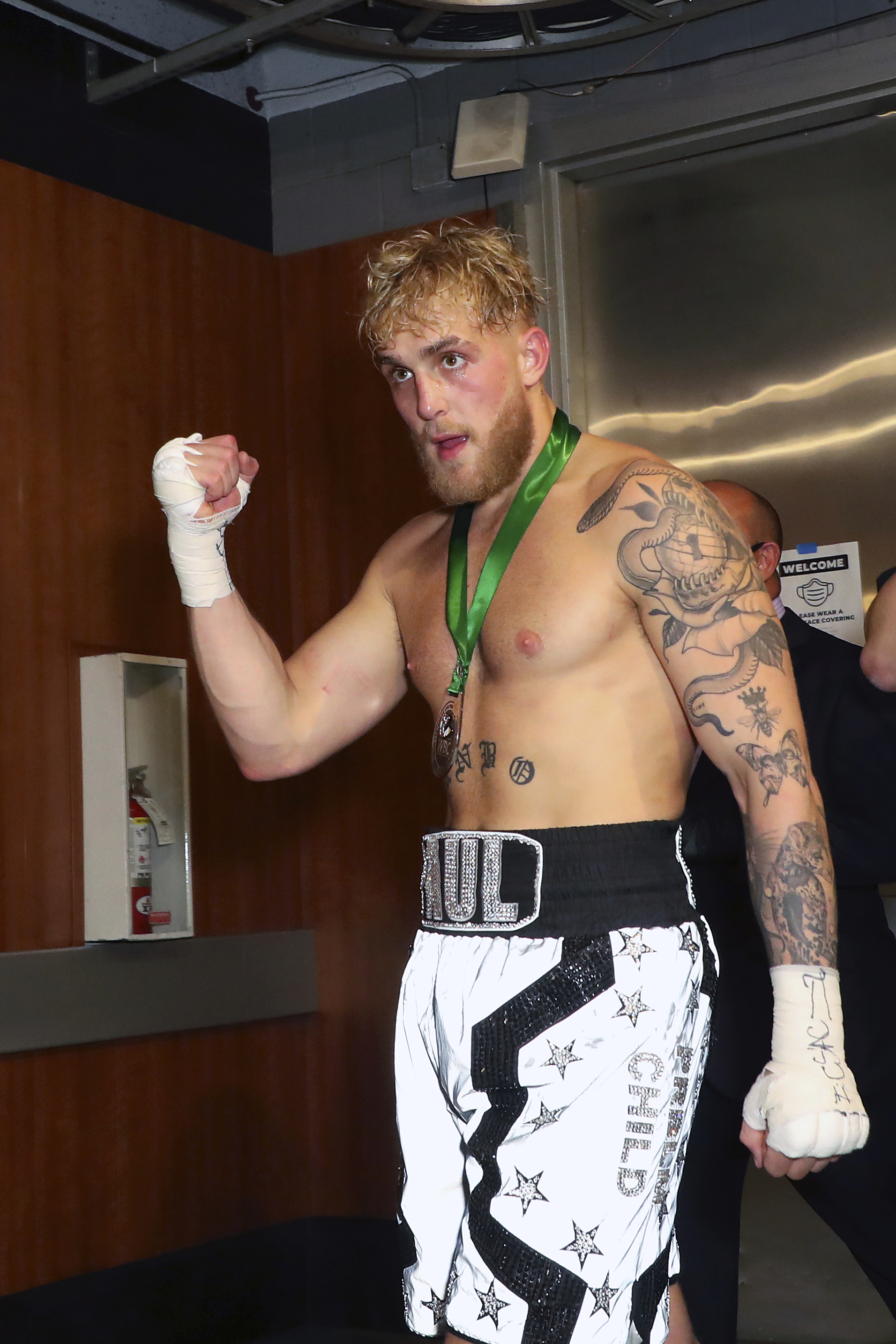 Mayweather's call-outs of the pair baffled fight fans, who were supposed to see the boxing great take on Paul's older brother, Logan, later this month.

Paul was equally as stunned, telling TMZ: "This guy is out of his mind! He just calls me out, out of nowhere — same with 50 Cent!

"I mean, he hasn't even fought my brother yet. It just seems like he's losing his marbles … like what the f*** is this guy doing?!"

Paul, 24, reckons the Money man is desperate to box him because he's strapped for cash.

The former Disney star added: "It just seems like this guy is money hungry. He just wants to fight everyone."

Paul, who entered the boxing world last year, is open to facing Mayweather, but only if the 50-0 legend agrees to a professionally-sanctioned bout.

The YouTube star said: "I'm 2 and 0 with 2 KO's with pro fights. Floyd wants to do these exhibitions, ya know … cool!

"But, I'm a real fighter. He has to take me seriously and I think the reason he wants to do these exhibitions is because he's afraid to risk his legacy of his 50 and 0 record in case he were to lose.

"But, I'm not doing the exhibition s**t. It doesn't interest me. Those are like fake patty-cake fights."

Paul is gearing up to face former UFC welterweight Ben Askren in an exhibition bout on April 17.

And he's brimming with confidence after scoring back-to-back stoppages in his first two pro fights.

He told ESPN: "I don't even think he'll hit me. I haven't been hit one time in the face in my past two fights.

"So I haven't even been punched as pro boxer one time. Nate Robinson landed one body shot in a clinch.

"I don't think Ben Askren will even hit me. That's my prediction."