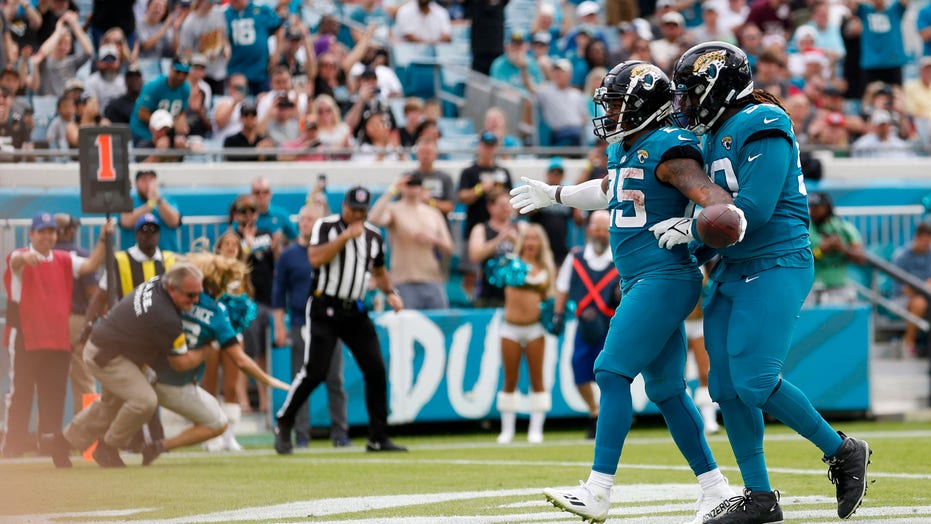 What do Jacksonville Jaguars running back James Robinson and an overzealous fan have in common? They both successfully rushed into the end zone during Sunday’s game against the Houston Texans.

The Jaguars were trailing by 11 at the start of the second quarter when Trevor Lawrence handed the ball off to Robinson who easily ran the ball for a touchdown on first and goal. 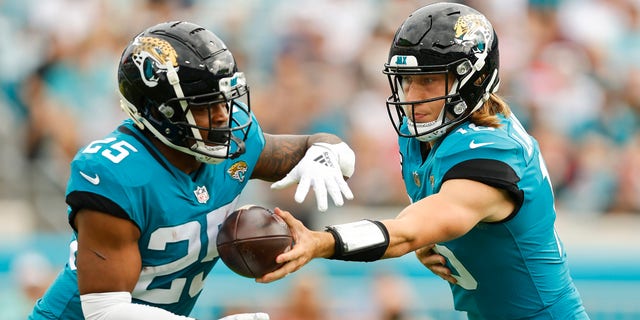 JACKSONVILLE, FLORIDA – DECEMBER 19: Trevor Lawrence #16 of the Jacksonville Jaguars hands the ball to James Robinson #25 during the first quarter against the Houston Texans at TIAA Bank Field on December 19, 2021 in Jacksonville, Florida.
(Photo by Michael Reaves/Getty Images) 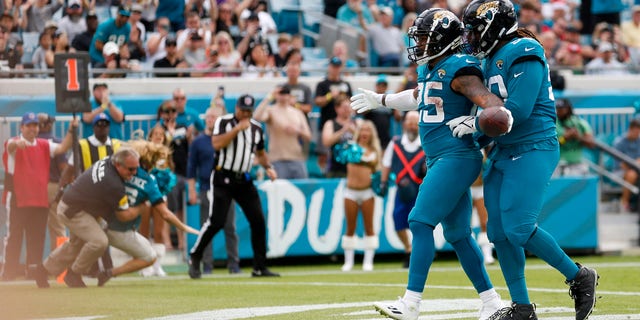 JACKSONVILLE, FL – DECEMBER 19: Jacksonville Jaguars running back James Robinson (25) celebrates a touchdown with Jacksonville Jaguars defensive tackle Malcom Bryan (90) while a security guard tackles a fan that rushed the field in the background during the game between the Houston Texans and the Jacksonville Jaguars on December 19, 2021 at TIAA Bank Field in Jacksonville, Fl.
(Photo by David Rosenblum/Icon Sportswire via Getty Images)

Taking advantage of the Jaguars’ coaching woes, the Texans ended a three-game skid with a 30-16 win. 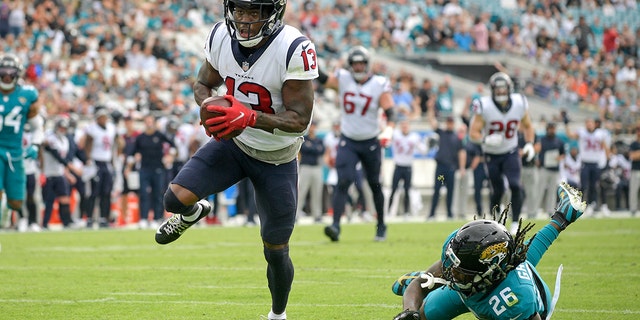 The Jaguars have now helped five opponents end multigame skids this season, including four in the past seven weeks. Sunday marked their sixth straight loss and 10th consecutive loss against an AFC South competitor.