The veteran defender has been left unimpressed by their opponents' style of play heading into Sunday's huge decider. 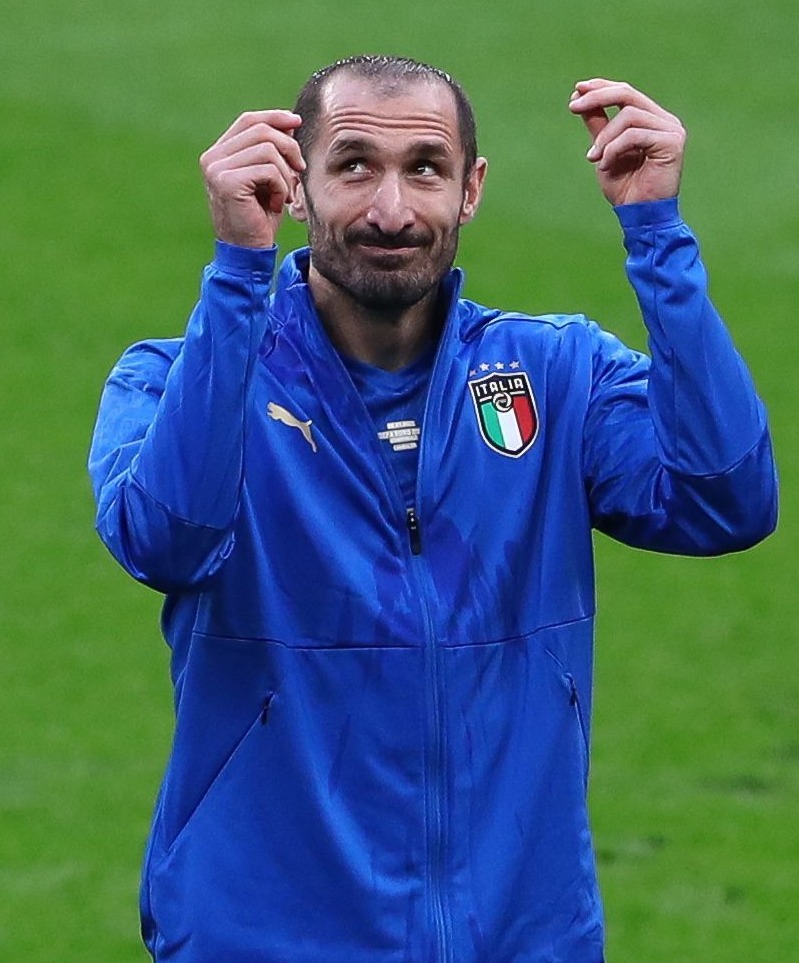 Chiellini told RAI Sport: "I immediately thought England would be a serious candidate to win the Euros.

"They have quality and physicality, are solid and organised. They might not be easy on the eye, but they are hard to beat.

“They reached the semi-final at the World Cup, plus it was predictable England would be in the final of the Euros, as they played six out of seven games on home turf.”

But he did offer praise for England's stars including captain Harry Kane and the squad depth available to Gareth Southgate.

The battle-hardened veteran said: "Kane is a player I have always liked a great deal.

“I remember one of his first internationals in Turin and he immediately made a good impression on me. We’ve been fortunate enough to play against Tottenham, so I know him well.

“England aren’t just Kane, though, as they also have exceptional players attacking down the wings.

"Their bench alone could win the Euros, as yesterday they had Jack Grealish, Jadon Sancho, Marcus Rashford, Dominic Calvert-Lewin and Phil Foden.

BETTING SPECIAL – Get McGregor to win by knockout, TKO or DQ at 40/1

“It’s going to be a great game of football, neither side will be afraid and we’ll both respect each other.”

The 36-year-old defender is no stranger to mastering the dark arts and will not be afraid of using any sly tactics during Sunday's final.

Chiellini got his hands on Spain's Jordi Alba as he playfully tried to psyche him out ahead of their semi-final penalty shootout win.