ISRAEL FOLAU admits he thought about quitting rugby as his road to redemption gets started.

The most controversial signing in Super League history can finally be judged as a player as he makes his debut against Castleford – a debut not many wanted to see. 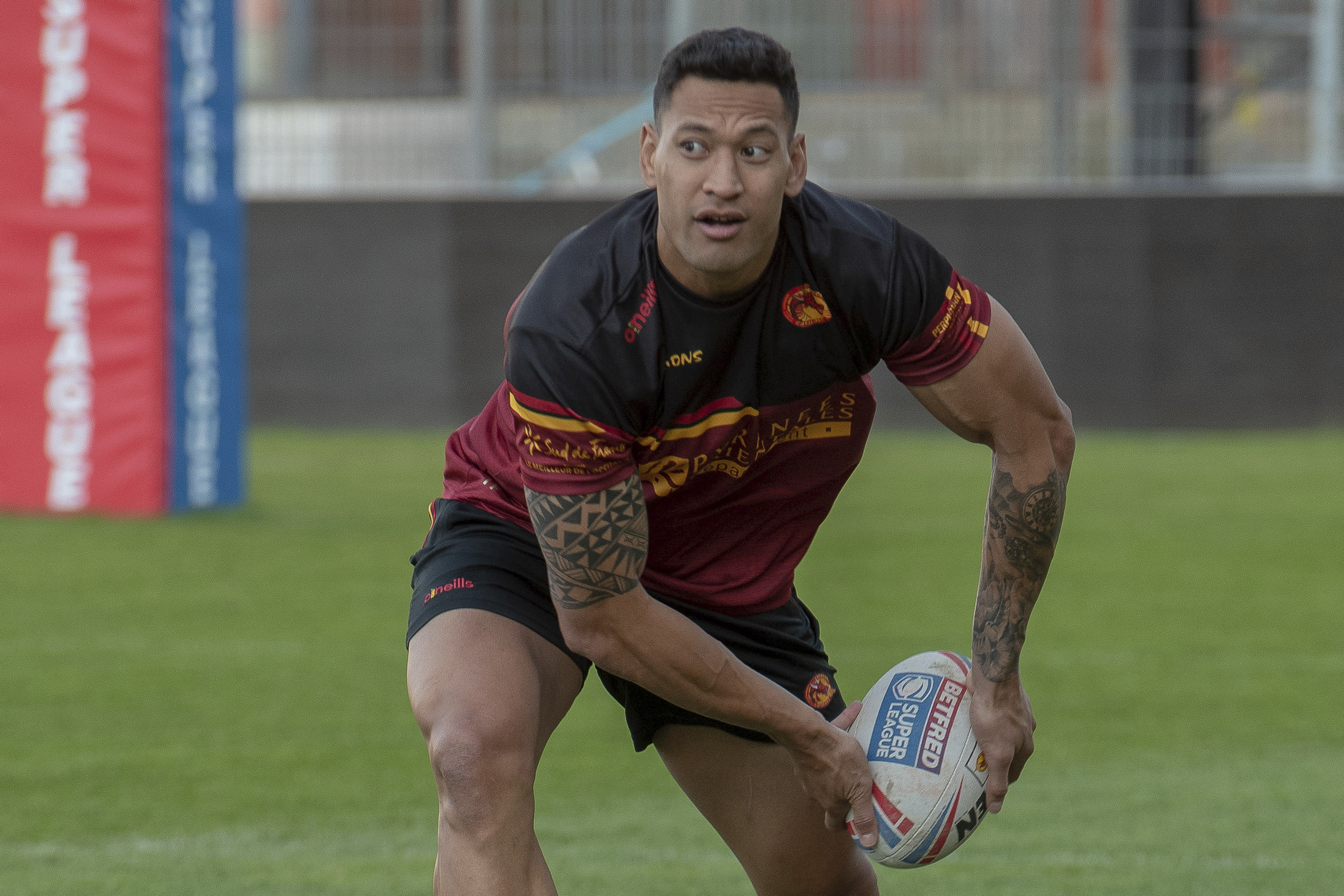 The Dragons were roundly slated for taking on the 30-year-old, sacked by Australia’s rugby union for a social media post which claimed "hell awaits" gay people.

Any repeat will see his one-year £200,000 contract torn up and the 30-year-old – who will play his first match in the 13-a-side code for ten years – admits the thought of jacking it all in crossed his mind.

Folau, who settled out of court with Rugby Australia and may play at Test level for Tonga, said when asked if he considered it: “Yes of course.

“I was thinking about stopping my career and doing something else.”

Folau will be thrown in by Dragons boss Steve McNamara – who believes he does not deserve a "life sentence" of damnation – for his first match of either code in ten months.

And while he was roundly criticised for the post that cost him his job – paraphrasing a Bible passage saying “drunks, homosexuals, adulterers, liars, fornicators, thieves, atheists and idolaters” would go to hell unless they repent – being alone hit him hard.

Now as he explained to L’Independant newspaper in France, he is ready to get going again, among some familiar faces, including team-mate James Maloney and assistant boss Greg Bird.

He added: “Team spirit, being part of a group, evolving with your team-mates, training with others and interacting with coaches… 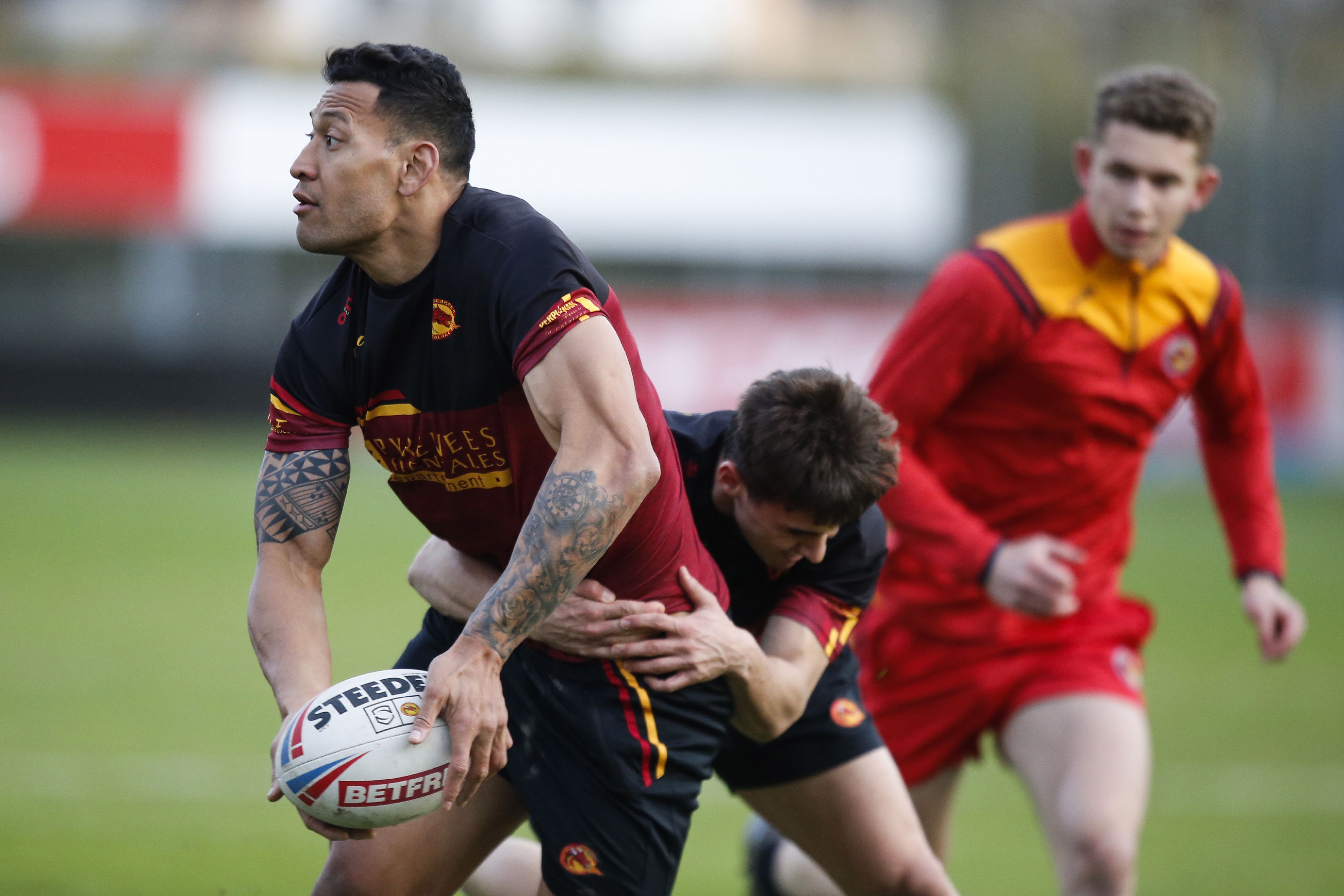 “It’s great to come back to a team environment again. The most important thing is really to have found the ground, to have fun and give, now, the best for my team.

“I am very excited to return to the sport in which I revealed myself. It's been ten years since I played rugby league, so I'm also pretty nervous.

“It’s a big chance for me. I didn’t think I would play rugby league again.”