GARY Lineker and the Match of the Day team were left tittering after X-rated moans interrupted their broadcast.

The man behind the stunt was serial pitch invader and YouTuber Daniel Jarvis, from Gravesend, Kent, who secretly taped a phone to the studio set. 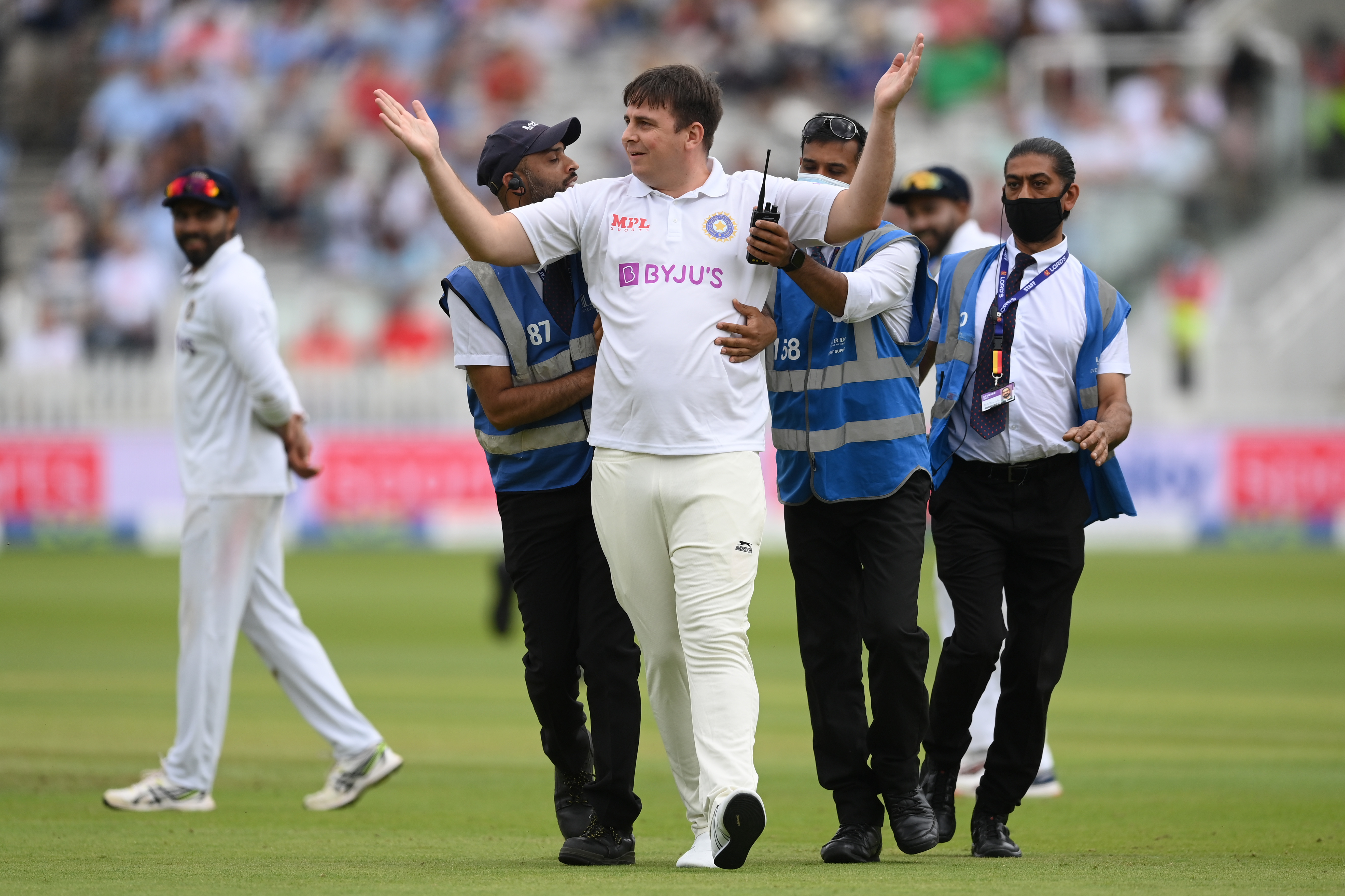 Red-faced Lineker said of the prank: “It is toasty in this studio. It is noisy as well — I am not sure if someone is sending something on somebody’s phone.”

Jarvis – known as Jarvo69 – admitted on his Twitter: “Yes it was me that pranked the BBC Match of the Day with the sex phone.”

And it’s not the joker’s first rodeo – he is part of YouTube channel Trollstation made up of pranksters across the UK.

From storming the X Factor stage to his on-pitch shenanigans, we check out Jarvo’s other pranks. 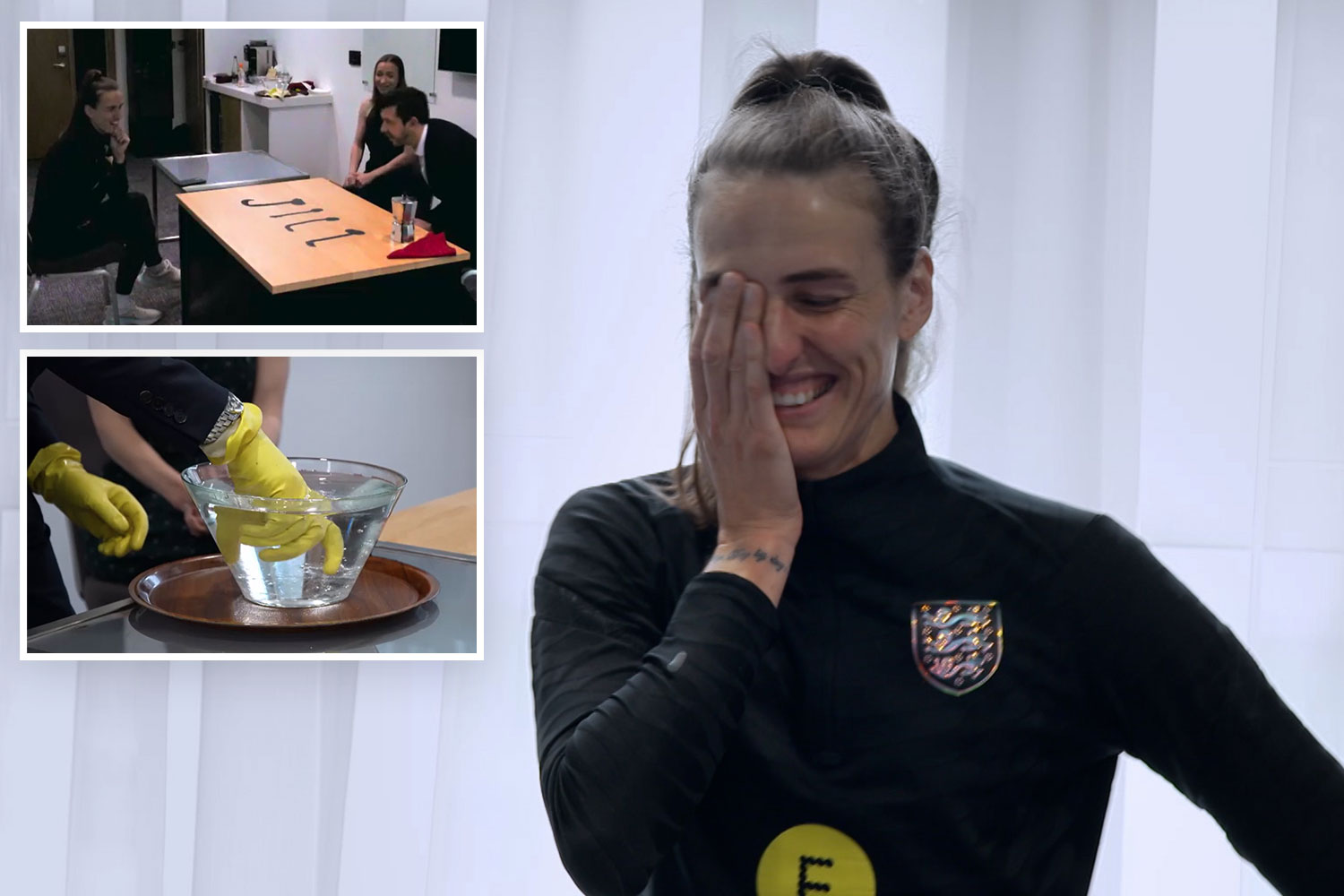 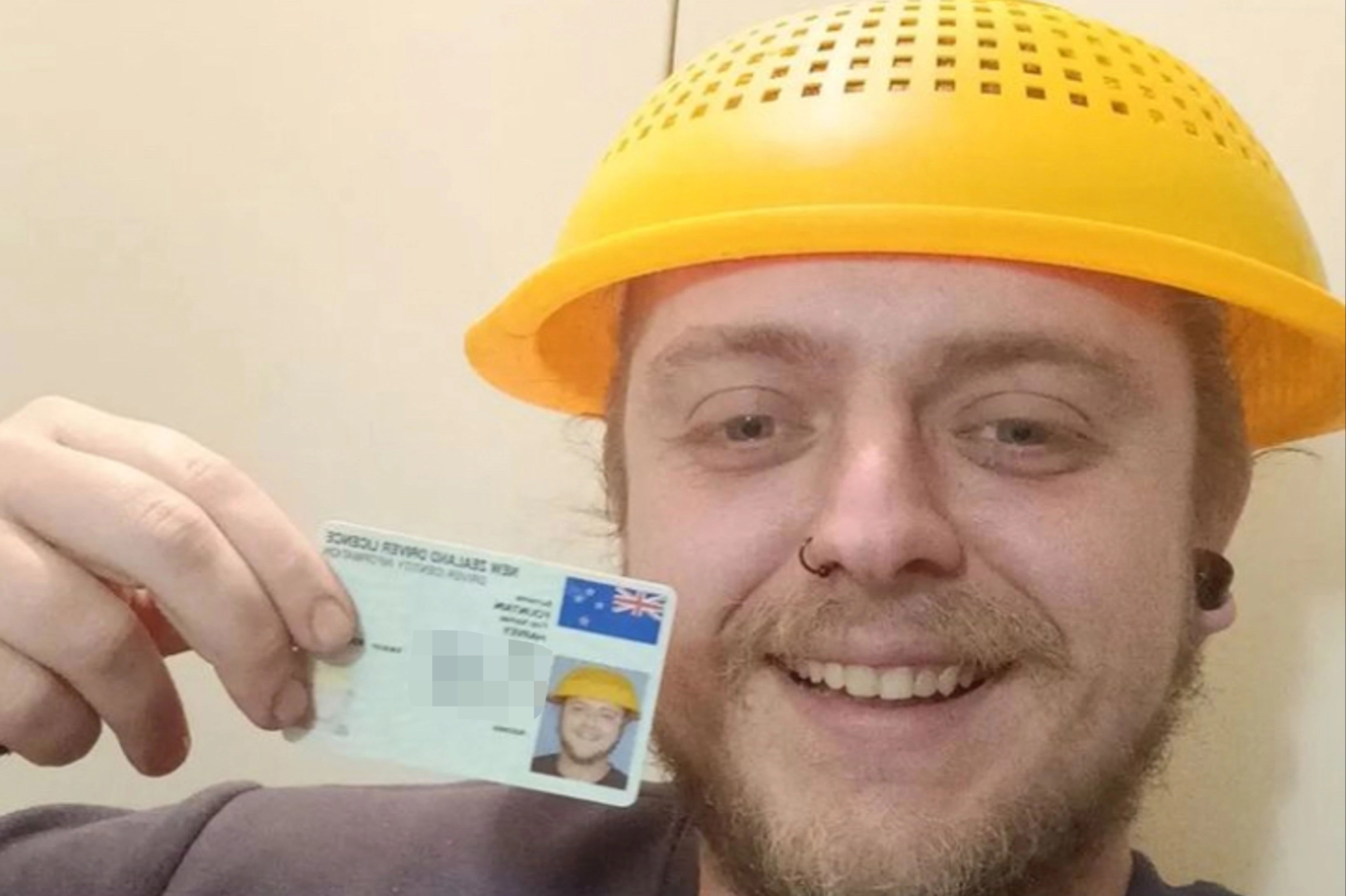 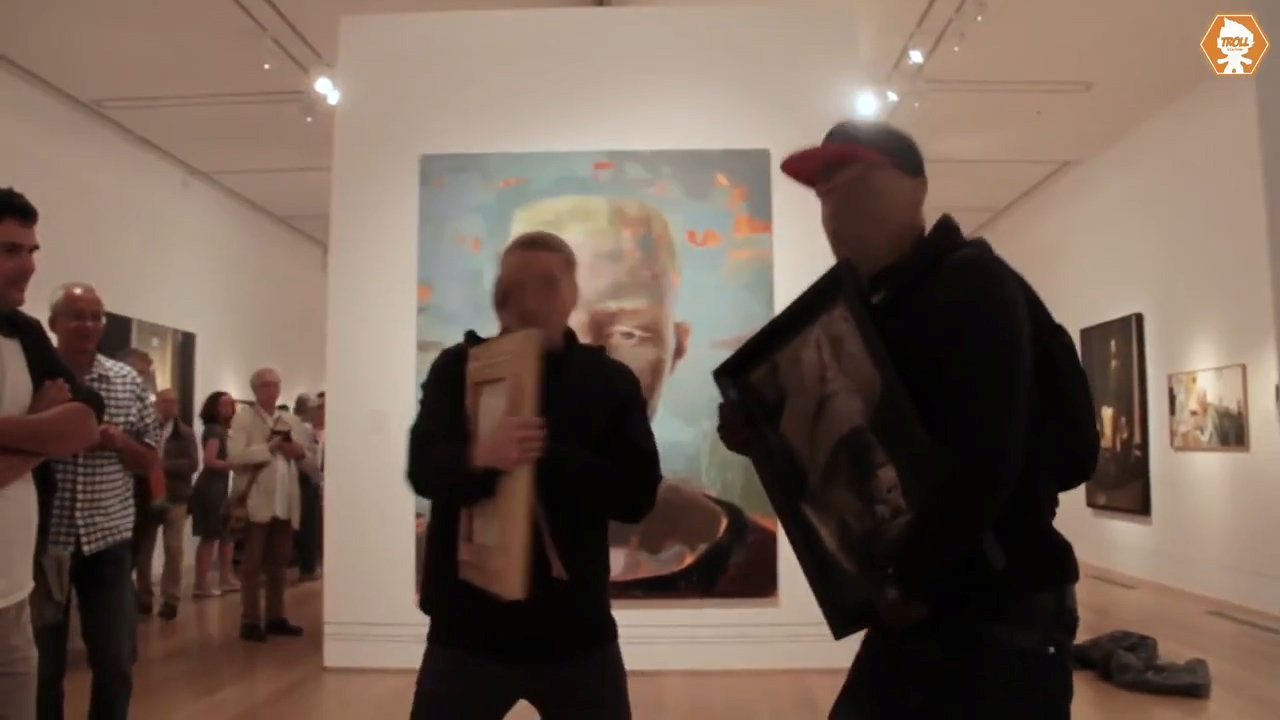 Trollstation sent tourists into a tizzy when they stormed the National Gallery and pretended to be robbing famous art works.

In reality they had brought the paintings in with them to the BP Portrait Award Exhibition in 2015.

But a judge didn’t find the heist quite so funny, calling the group’s sense of humour “warped and immature” and told them they were mistaken for terrorists.

Jarvis spent 20 weeks in jail as a result of the prank.

In one of The X Factor’s most shocking moments, Jarvis and two other pranksters stormed the stage as contestant Honey G was rapping. 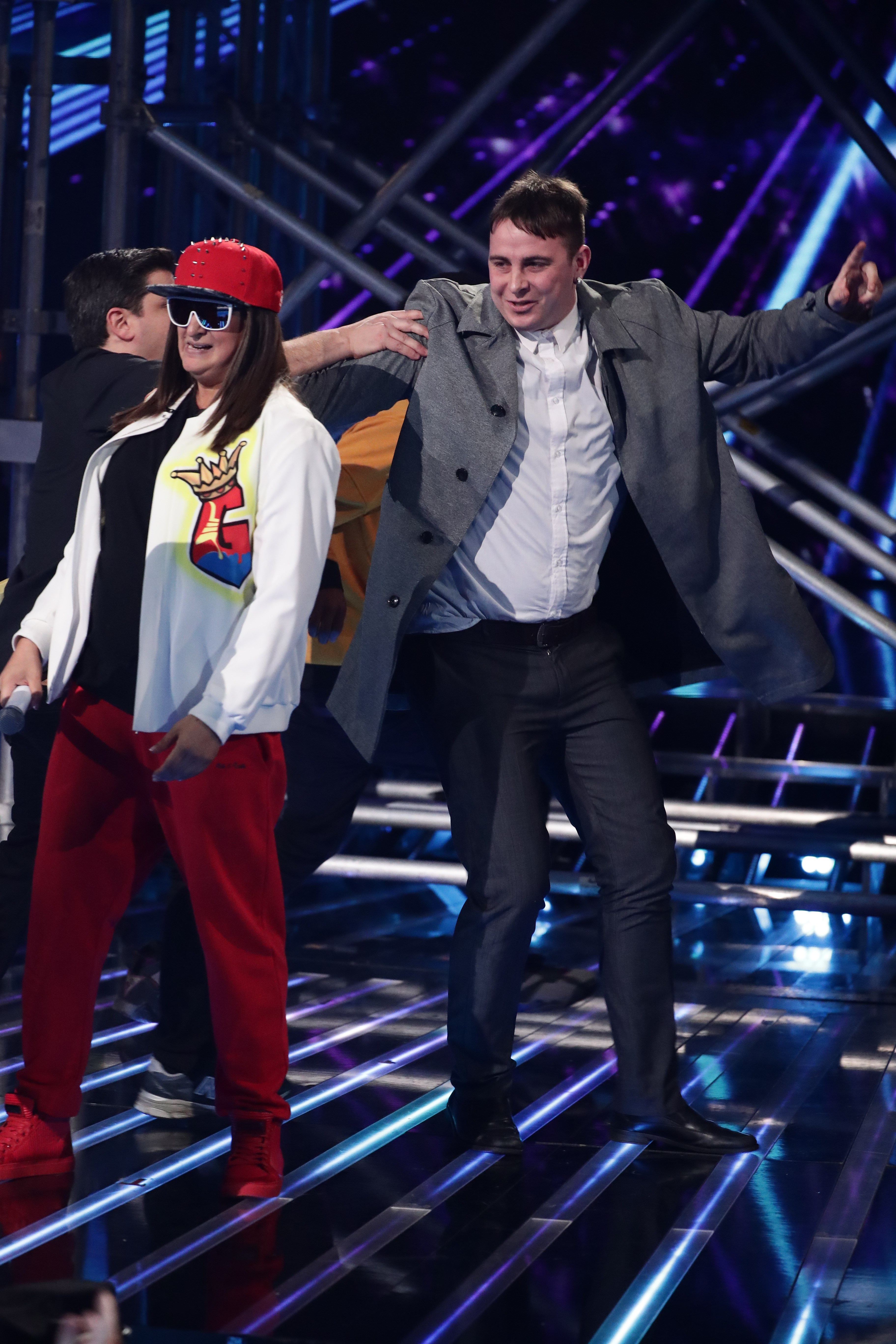 Simon Cowell leapt to her defence as Jarvis and his friends tried to take off her glasses.

A show source said: “Honey is shaken but OK. The police arrived quickly and she was asked if she felt any sort of assault had taken place.

“She said she didn’t feel she had been assaulted and vowed to go ahead with her second performance.”

Jarvis was banned from entering stadiums for three years in 2014 after storming a Spurs clash against Partizan Belgrade. 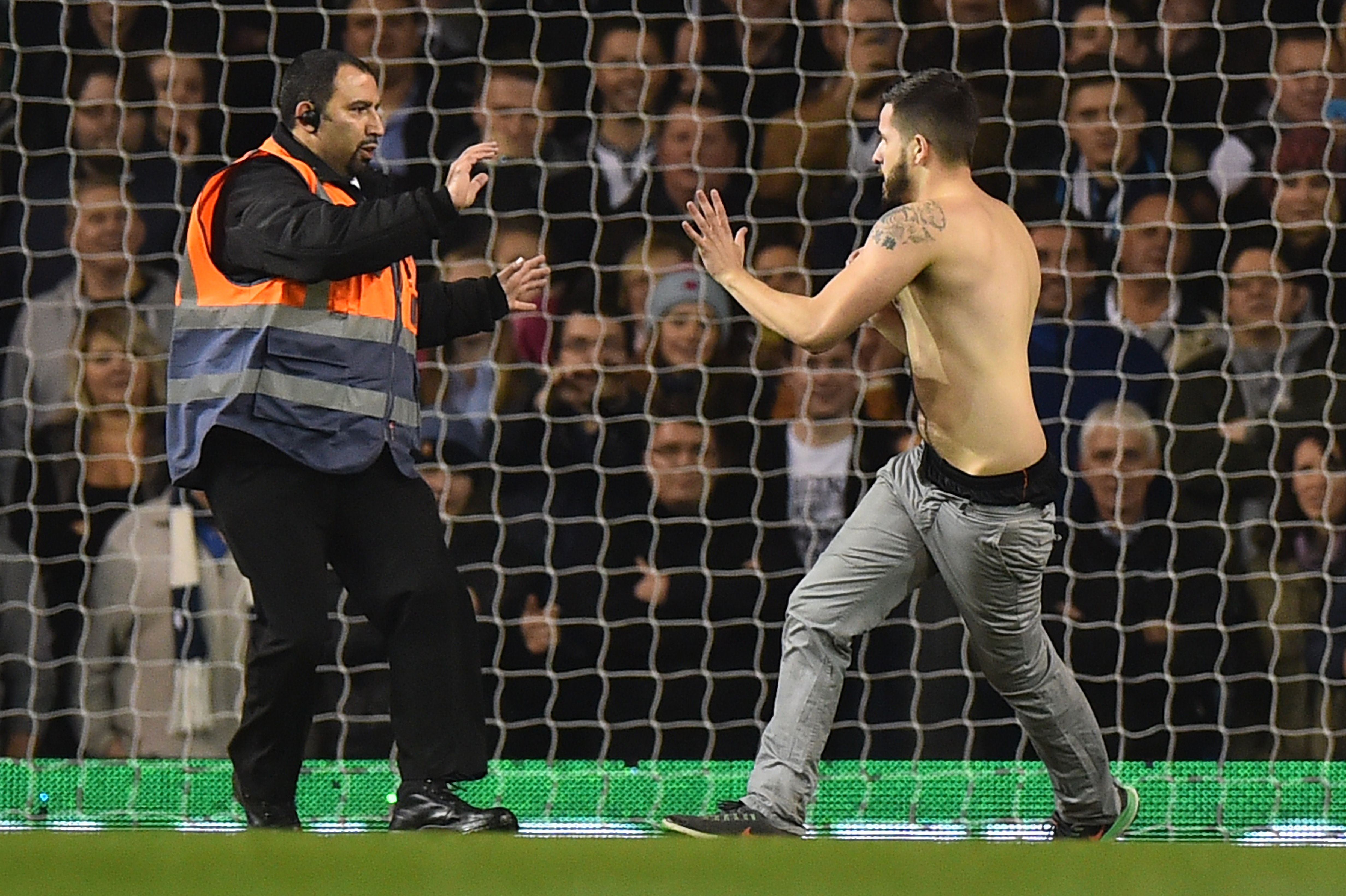 The prankster was tackled to the ground by Belgian Mousa Dembélé while two mates were detained by stewards.

Their defence lawyer told a magistrates court that the decision had been spur of the moment.

The trio were each handed fines of £150 and banned from matches until 2018.

Jarvo turned his attention to European stadiums last year – when he ran the pitch during a Real Madrid match against Liverpool. 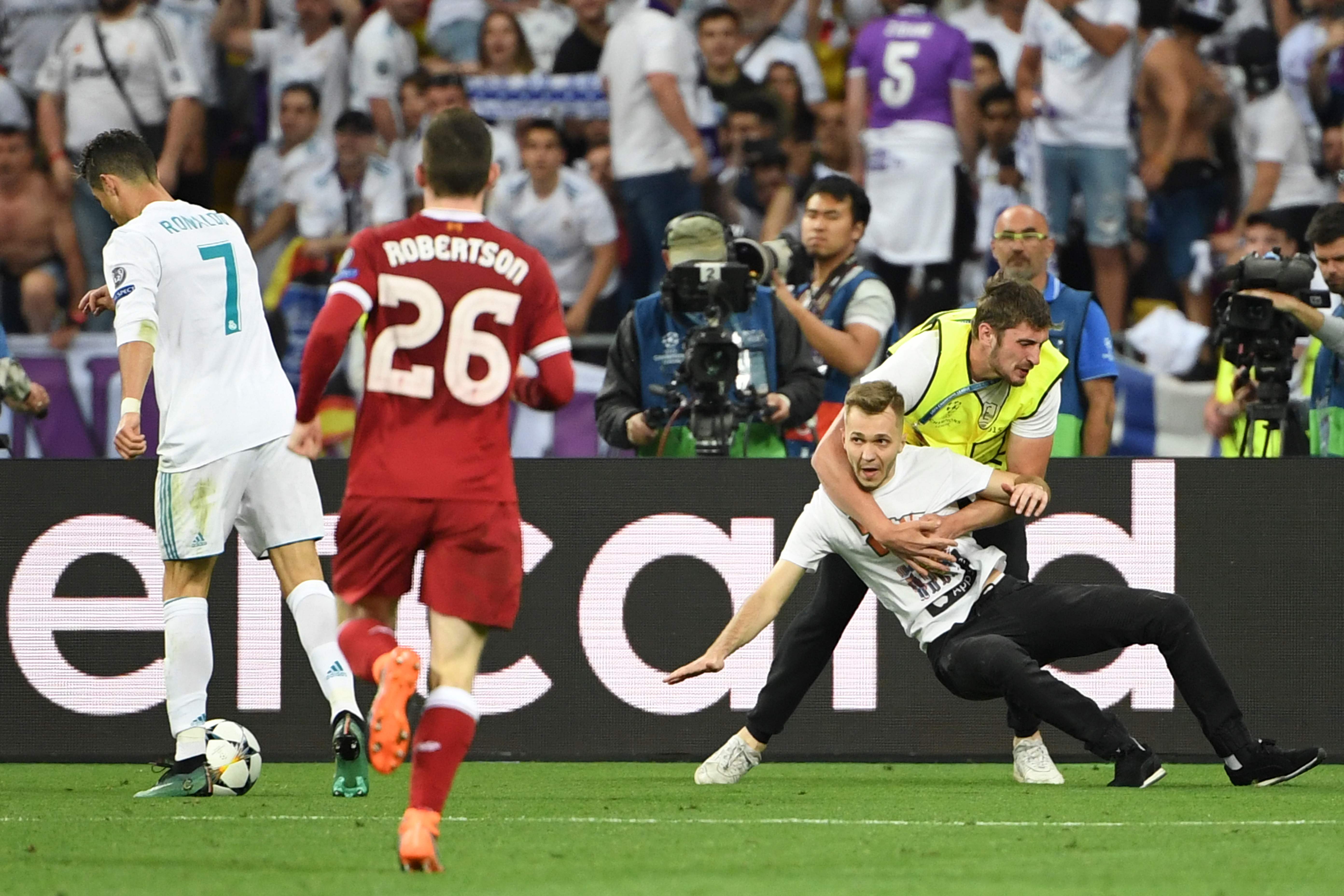 At the Stade de France, he posed as part of a TV crew before leaping on to the pitch shortly before half time.

He hugged Vinicius Jr, chatted with Gareth Bale and then shook hands with Eden Hazard.

Former PM David Cameron in 2015 was embarrassingly accused of putting his todger in the mouth of a dead pig as part of a university initiation. 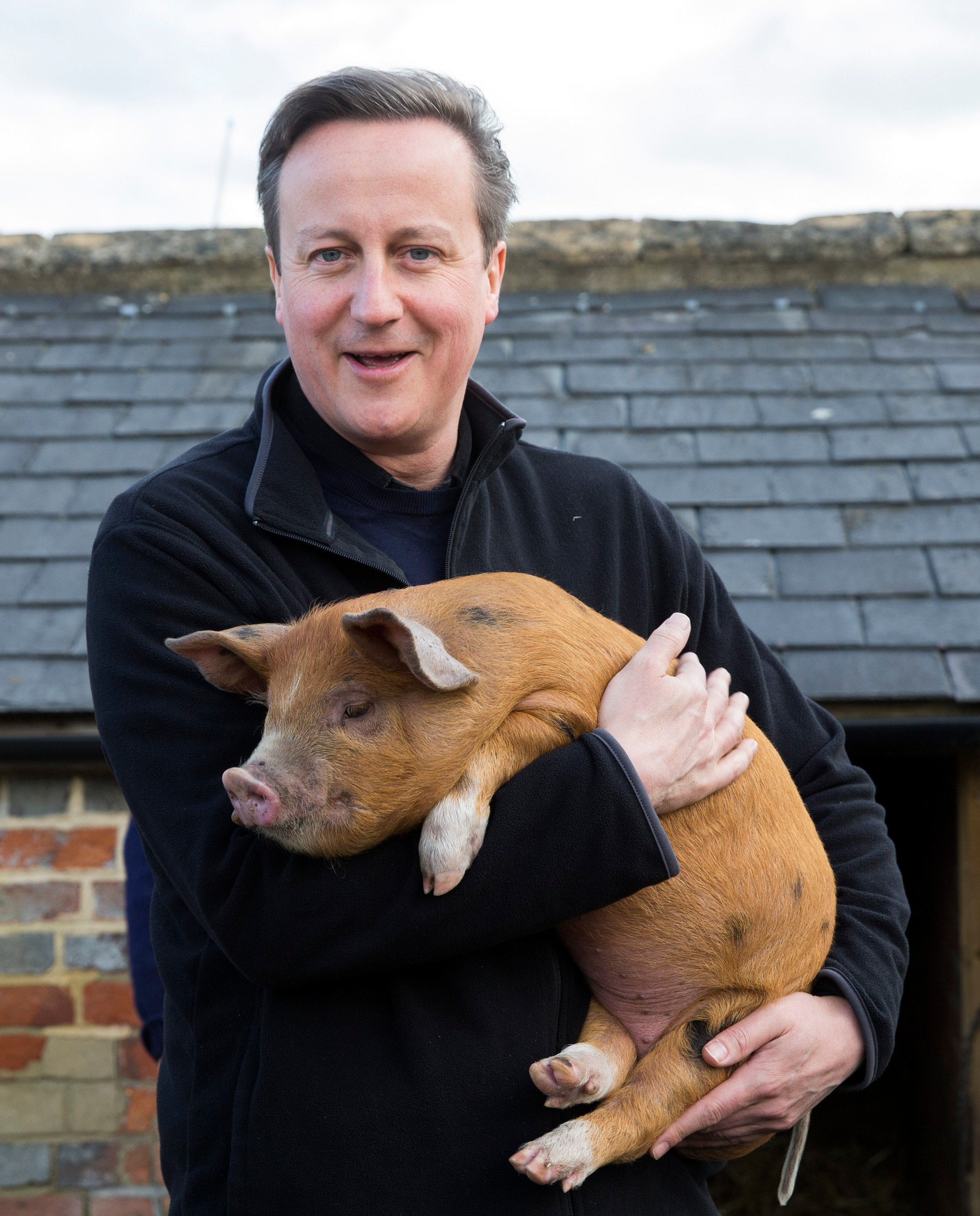 Jumping on the media storm, Jarvis attempted to deliver a live pig in a cage to the door of number 10, says Kent Online.

Jarvis and a friend approached the gates of Downing Street with the pig, telling guards they had a delivery for “D. Cameron”.

The guard responded: “No you ain’t. Go away.”

Stumped at the Oval

Last year, Jarvis was banned from all sporting events for two years after crashing the pitch during at an England test match against India. 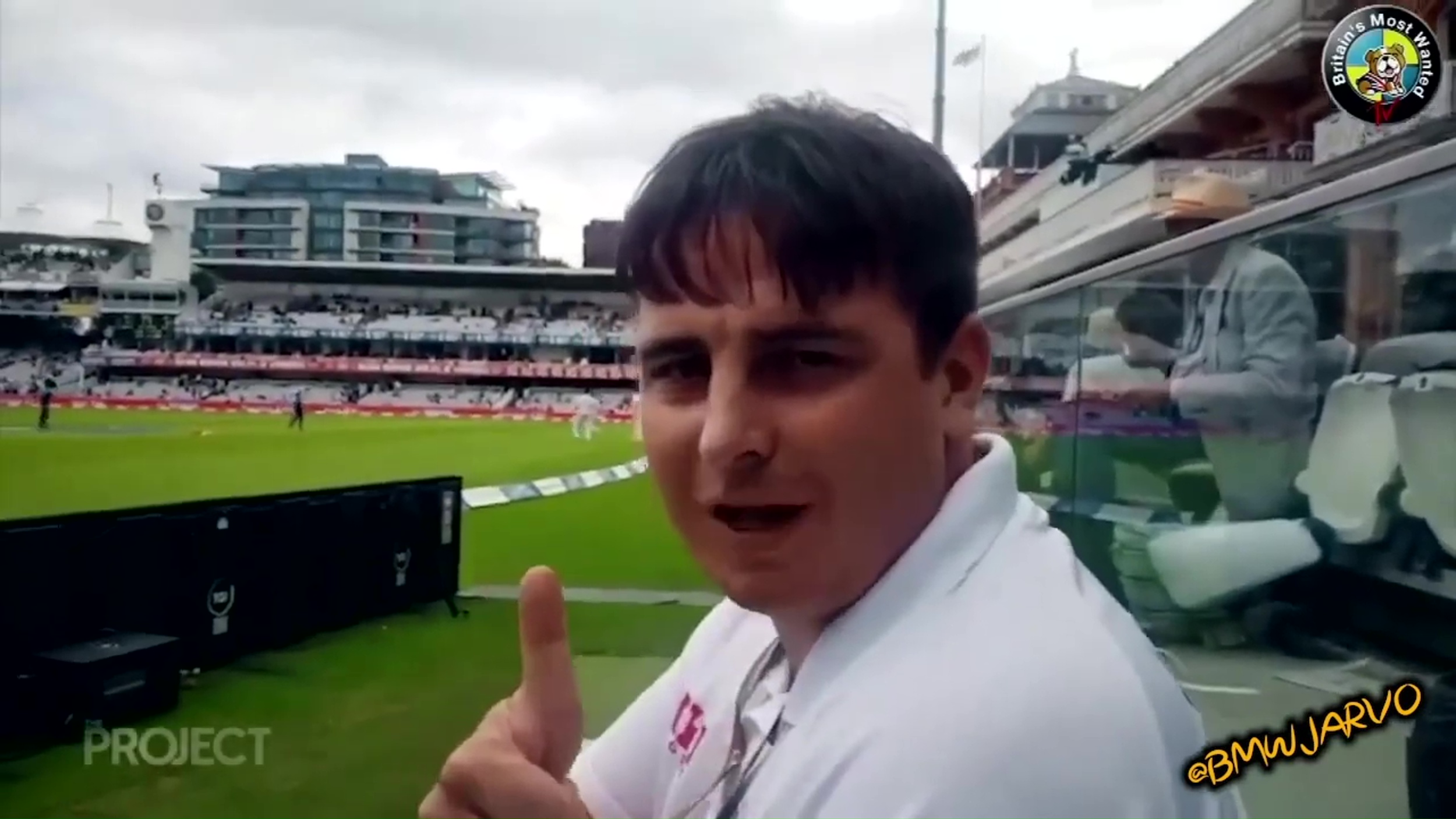 Daniel bumped into batsman Jonny Bairstow at the non-striker’s end on day two of the fourth test.

He then tried to bowl at striking batsman Ollie Pope after running on to the field.

He was handed a suspended sentence for the antics last year. 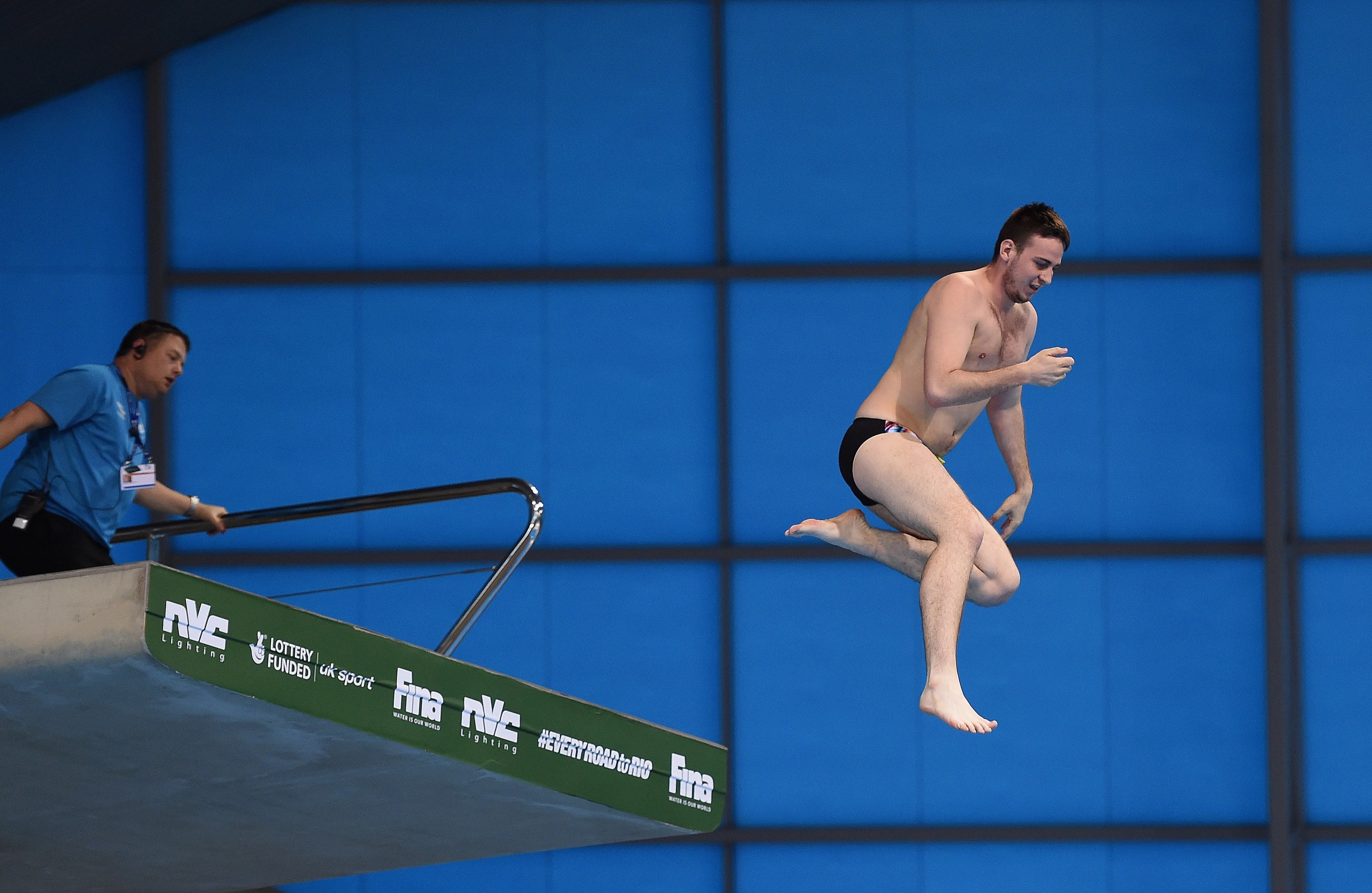 At the Diving World Series in 2015, Jarvis jumped up from the crowds in a tracksuit and began to climb the diving board.

He undressed as security chased him up the 10m board, pushing past Tom Daley as he went.

He eventually revealed his pair of speedos and jumped in the pool.

Spectators were not amused as they booed the prankster, but Daley walked away from the contest with a gold medal. 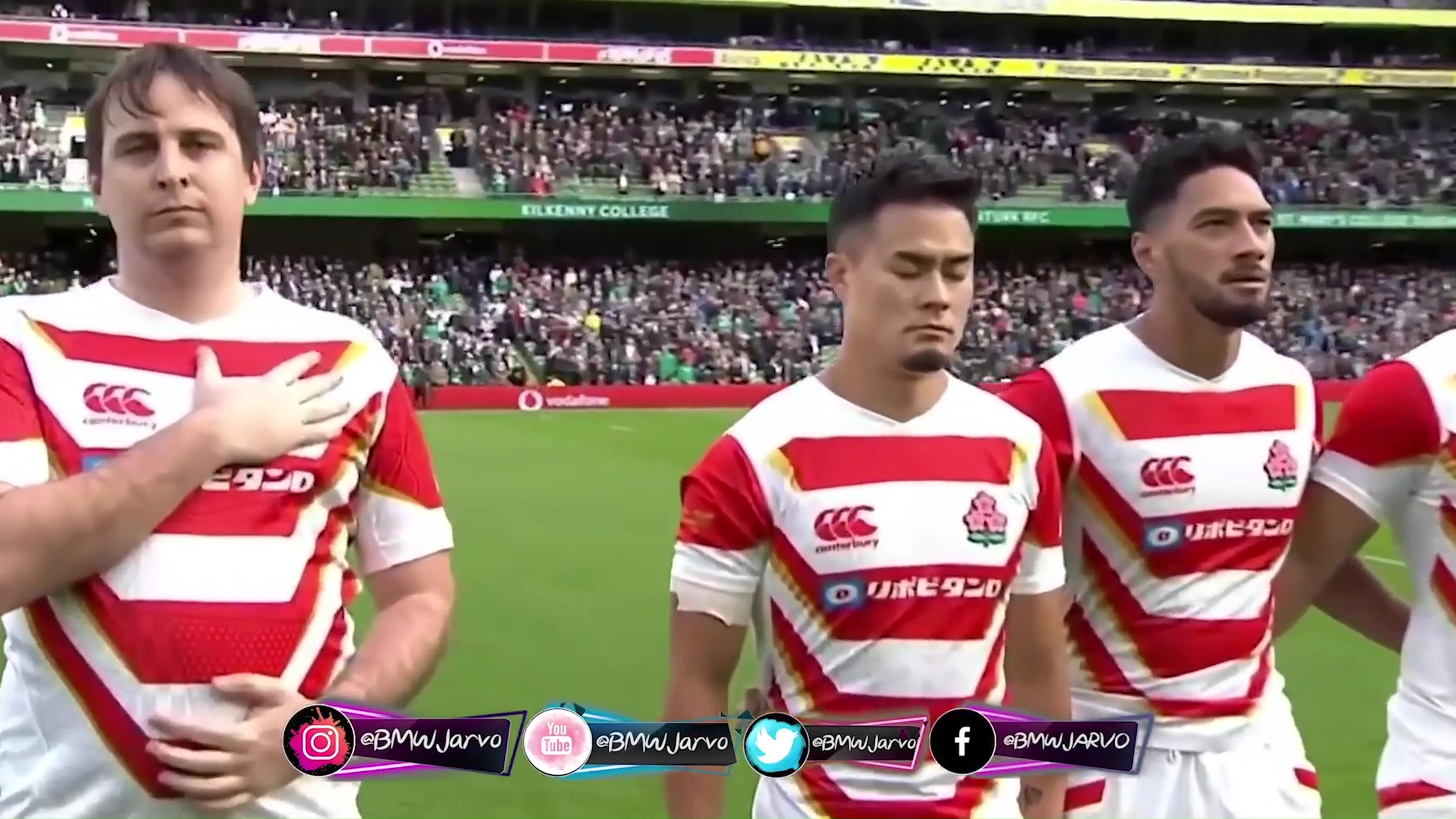 Jarvo gatecrashed the national anthem for Japan in 2021, during a rugby match against Ireland.

After the Kimi Ya Go finished, stewards politely led him off the pitch.

He tried the same mischief the same week with the All Blacks in Wales while donning a face mask – but was turfed out of the line up.