McGregor was tweeting about his most recent loss, to Dustin Poirier in their trilogy bout at UFC 264 in July. 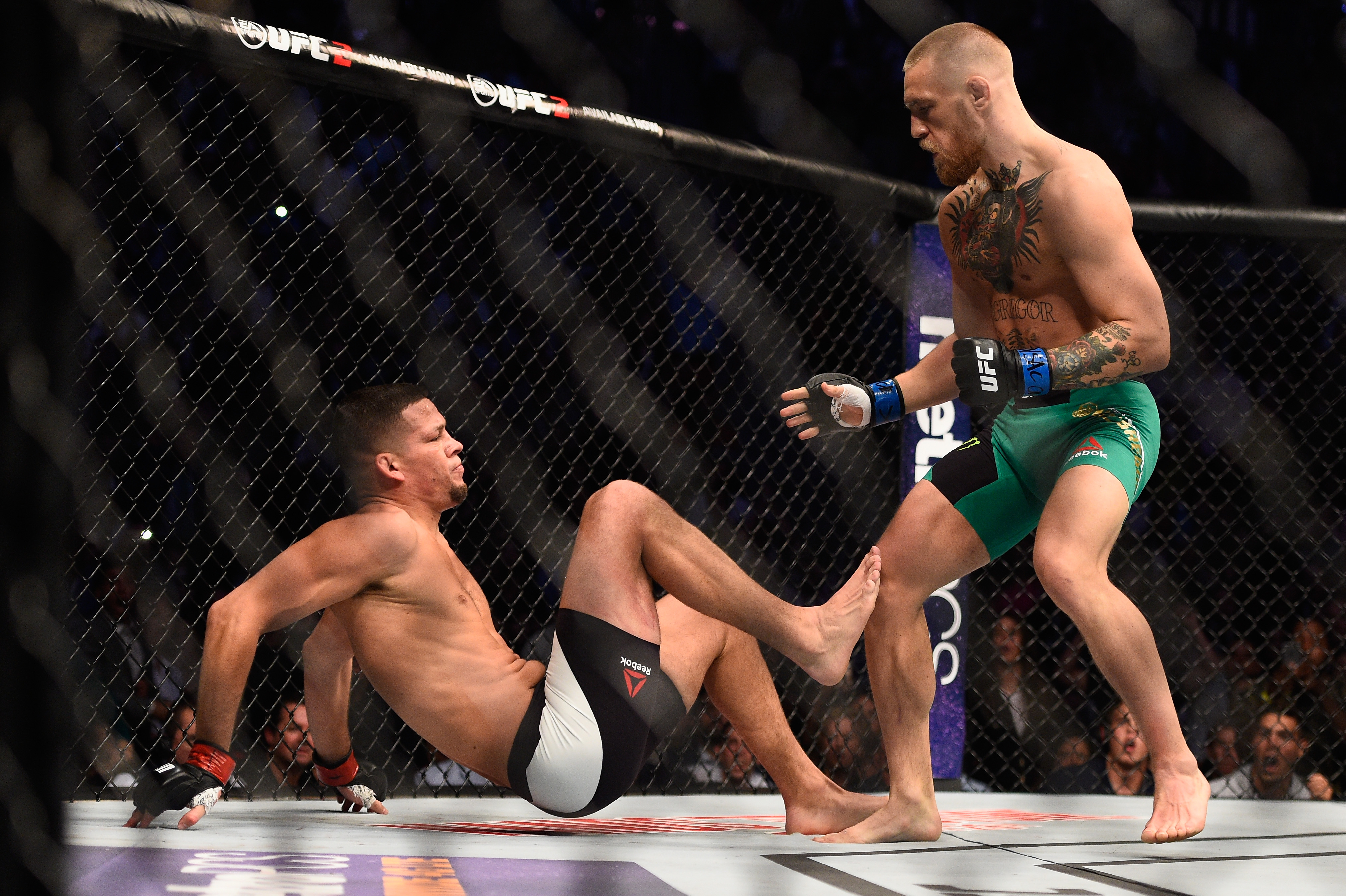 The Irishman suffered a horror leg break seconds before the end of round one, where he had spent a chunk of it on the floor.

But McGregor insisted Poirier 'backed away' from his attacks on the deck, and saidhis skills on the mat have surpassed Diaz's.

He tweeted: "I’m very pleased with my ground attacks from bottom, at present. I butchered dude from the bottom, use your eyes.

"He backed away from me! I’ve now developed a more ferocious version to Nates ground game.

"If Nate goes down, no one follows. They won’t follow me now either. Watch!"

Diaz, 36, who beat McGregor, 33, in March 2016 but lost the rematch five months later, is a black belt in Brazilian Jiu-Jitsu.

As a result, opponents often choose against following up attacks when the American is downed, fearing a submission attempt.

McGregor knocked out Poirier, 32, in 2014 at featherweight and it took over six years for them to rematch.

But it was disastrous for McGregor, who was stopped in round two, his first ever knockout loss in the cage.

He then suffered further misery after breaking his tibia in the trilogy decider, and now hinted at a FOURTH fight between them with unsettled business.

McGregor posted on Twitter: "Really nasty elbows and upkicks for sure.

"That or maybe a really annoying blue bottle was around him after the fight, lol.

"Make no mistake they are not looking forward to what is coming. I will be back and it will be settled. Once and for all."