ARSENAL skipper Pierre-Emerick Aubameyang has opened up on his failed switch to Tottenham in 2012 as he revealed he doesn't care about Antonio Conte's appointment.

The 32-year-old, who has scored eight goals against Spurs from his 12 outings, has insisted he doesn't feel threatened by the Gunners' rivals following the Italian gaffer's arrival. 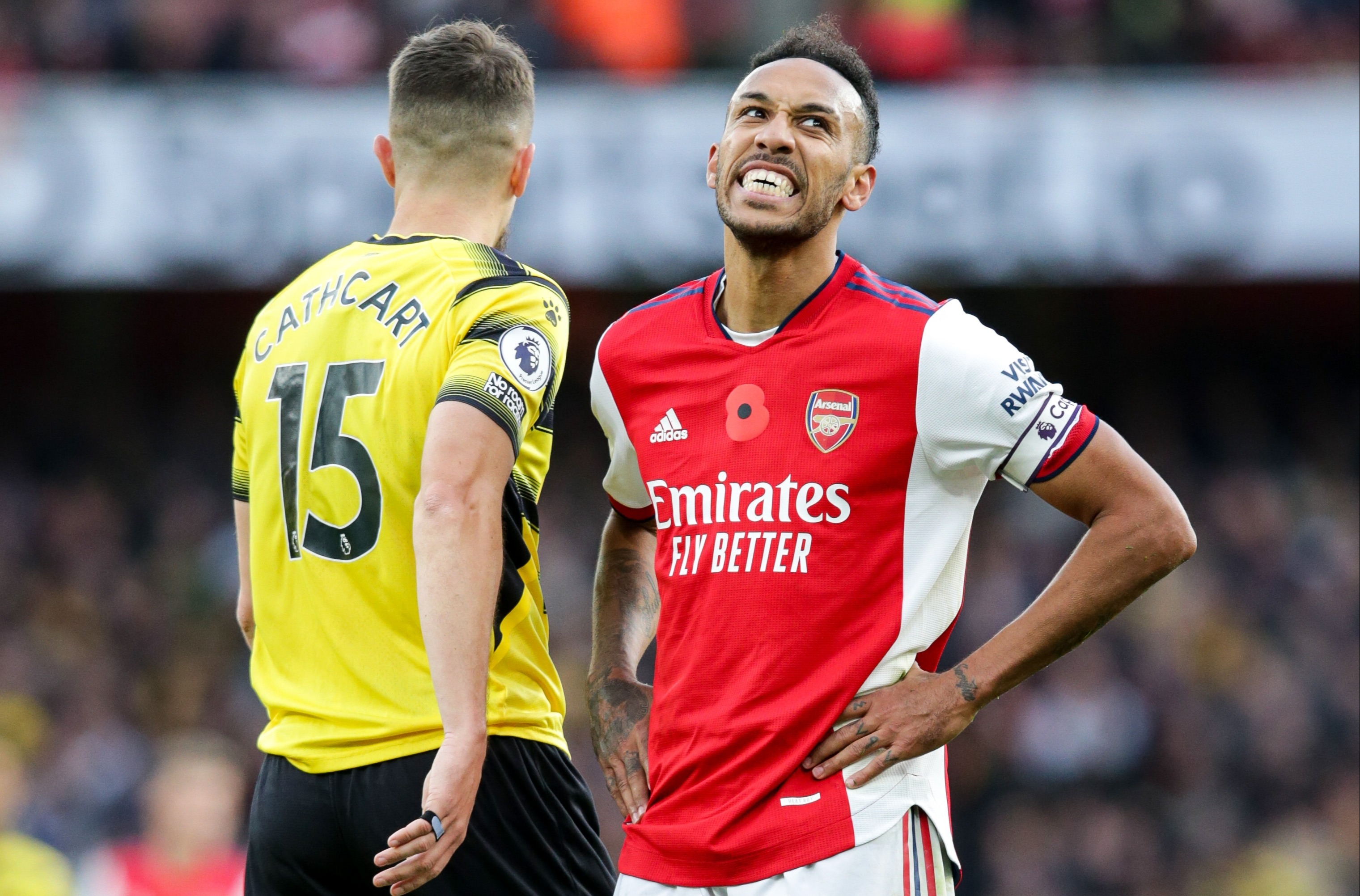 Mikel Arteta's side sit four places and as many points above Tottenham in the table having won six of their last eight Premier League matches.

Conte's Spurs kept a clean sheet in the goalless draw away at Everton last weekend in his first top-flight match, and are expected to hit form after the international break.

But Aubameyang isn't worried about the club, as he stated that the team are of little interest to him.

Speaking in an interview with Sky Sports, presenter Joe Thomlinson asked the Gabon international what his first thoughts were of Conte's arrival.

To which he said: "I don't care. I'll be honest, I really don't care. That's not my problem, really…"

He was then asked would he rather retire from football or play for Spurs, with Aubameyang recalling the time he was snubbed by the club during his Saint-Etienne days.

Quick to answer, the 2020 FA Cup winner remarked: "You don't need to ask the question, you know it already! Retire.

"Even more because a few years ago, I was close to signing for Tottenham but in the end, I don't know what they did. So retire for sure.

"I was in St-Etienne or at the beginning at Borussia Dortmund.

"I came here and went to the stadium at White Hart but the day after they just never gave us an answer or called back.

"That's why whenever I play against them they know."

And while Aubameyang was turned down by Tottenham, his Arsenal team-mate Emile Smith Rowe rejected a move to Spurs.

The 21-year-old told The Guardian: "Tottenham wanted me when I was 15 or 16 but, as an Arsenal fan, I was never interested.

"I joined Arsenal at 10 and I was determined to make the grade at my club."