Home » Sport » I forget sometimes I was injured and I’m just enjoying myself here, says England ace Kelly | The Sun

BEING back on the pitch is something Chloe Kelly relishes now more than ever after overcoming her injury woes to play for England at the Euros.

The Manchester City star is among the aces vying for a Lionesses starting spot in their clash with Northern Ireland at St Mary's tonight. 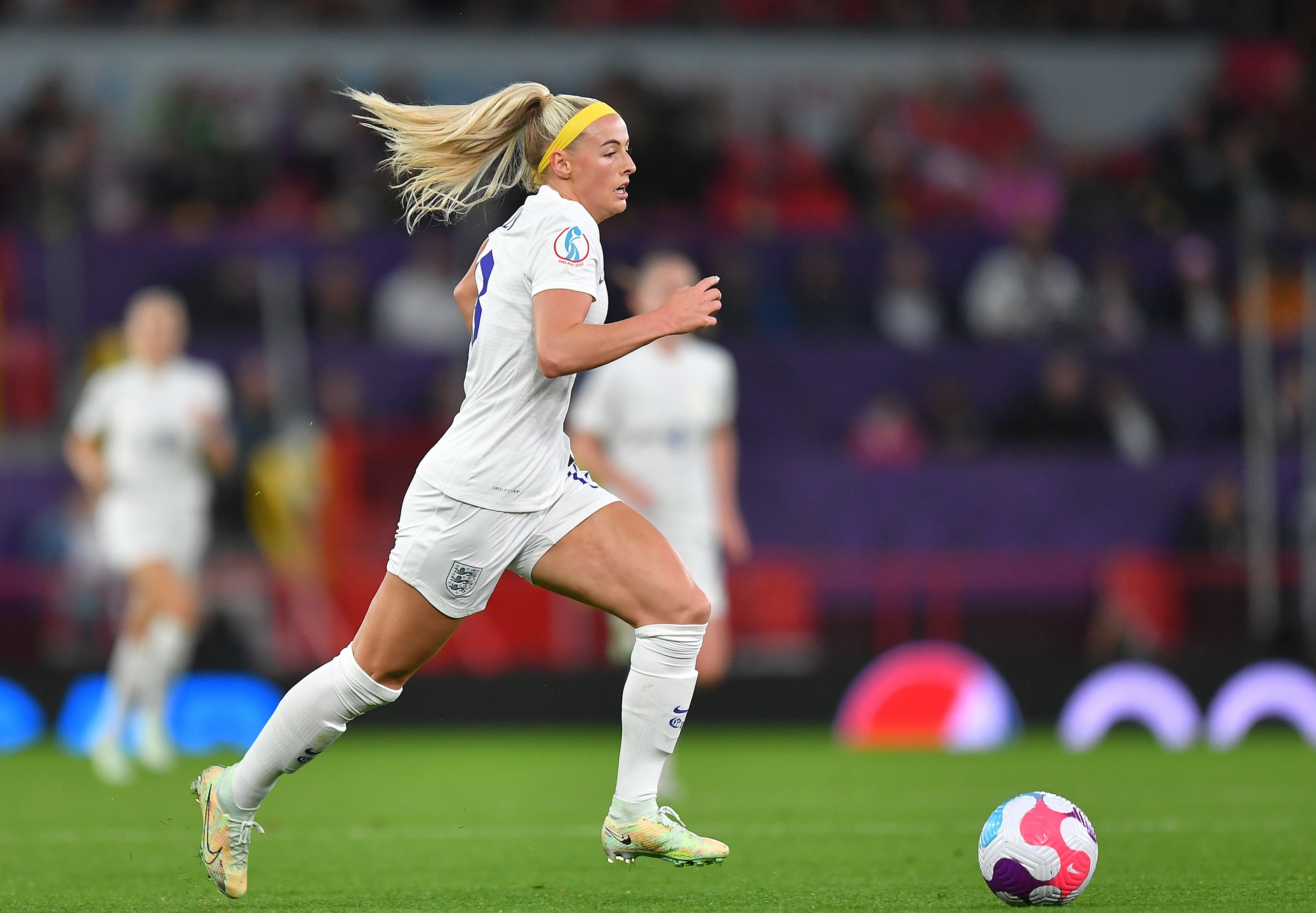 Last May the London-born winger, 24, suffered anterior ligament damage (ACL) in her right knee, an injury that saw her sidelined until April this year.

It meant the Lioness, regarded as one of England’s most promising forwards, missed out on the chance of competing for Team GB at the Tokyo Olympics.

Kelly said: “It was really difficult. I was just enjoying watching games but then my knee would stiffen up, so I’d be like ‘for God’s sake’, but yes it was a very difficult summer last year.

“Looking back, that seems like so long ago, and I’m just enjoying myself here. 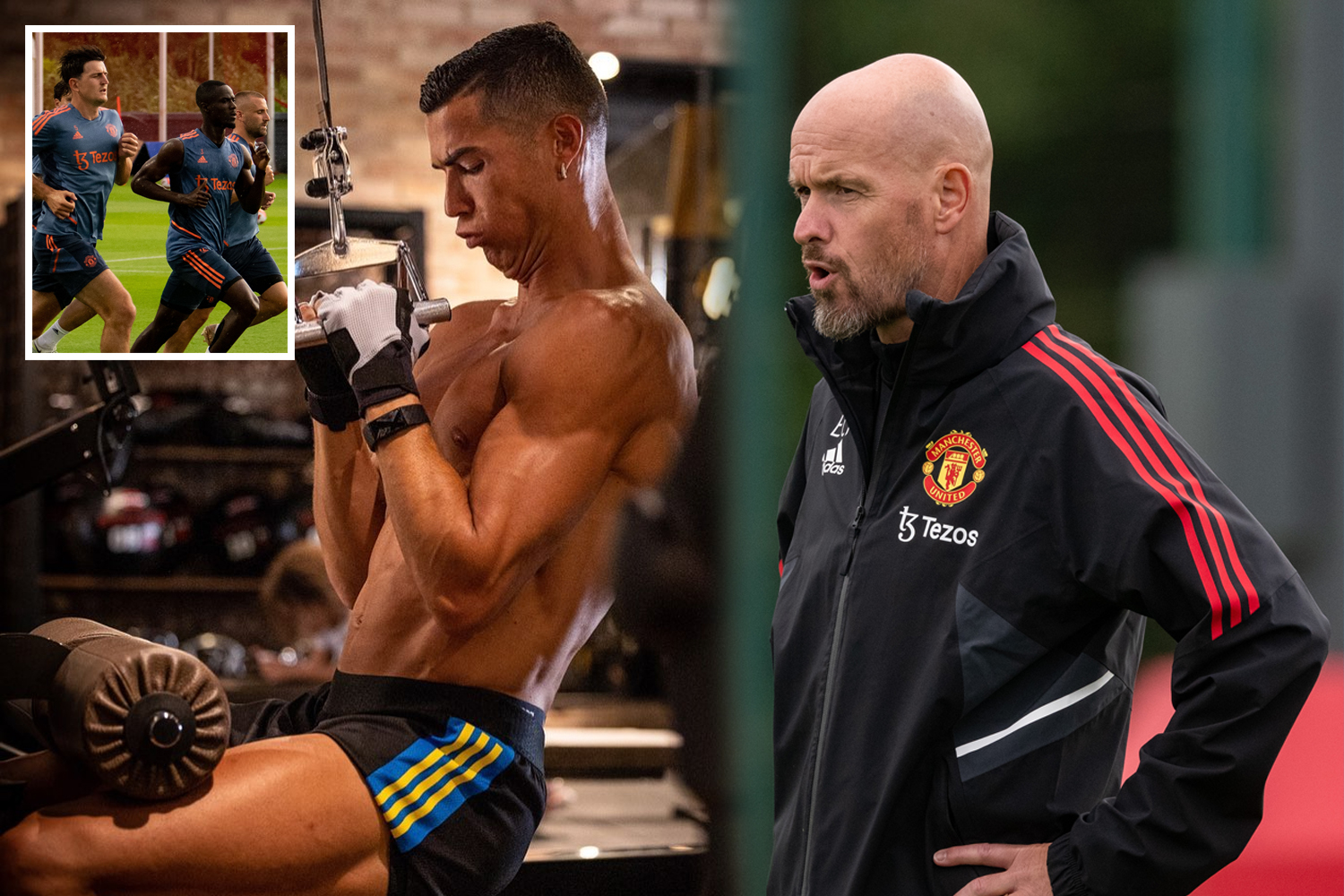 “And I forget sometimes that I was injured, because since my injury I’ve just come back and I’m enjoying my football.

"I’m enjoying being on the pitch with everyone.”

Kelly, who began her senior club career at Arsenal, was among the fans who flocked to Wembley last summer to see the Three Lions go toe-to-toe with Italy in the men's Euros final.

The winger, who spent two years at Everton before her 2020 Man City move, set herself the target of returning to full fitness ahead of the women's contest.

Kelly added: “It was tough but I knew that what I was putting into the recovery, that I would see benefits from it.

“I always had my goal on the Euros, so that would get you through each day.

But now I’m here, that seems like so long ago, that you were having those difficult conversations maybe, where you feel ready and you’re not able to push on in your rehab.

“Those are the difficult times during that spell, but when you’re back on the pitch, you forget all that.

"You just appreciate being back on the pitch a little bit more.” 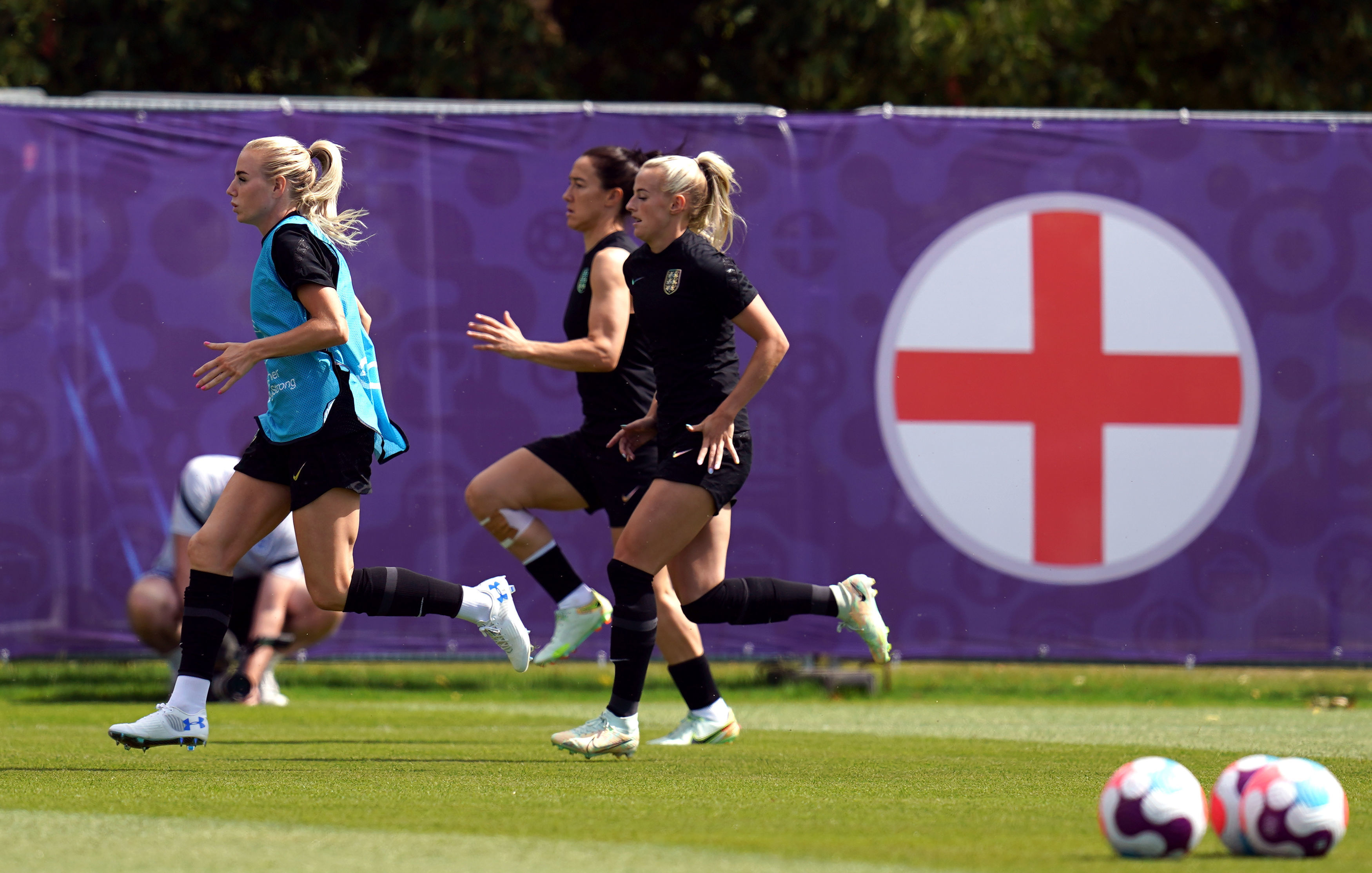 This summer Euros has seen injuries blows derail or kibosh a number of top players’ involvement in the tournament.

France are sweating on the fitness of star striker Marie-Antoinette Katoto with the forward hobbling off with a knee problem during their defeat of Belgium on Thursday.

And Spain skipper Alexia Putellas and Northern Ireland's Simone Magill have both been forced out of the contest due to ACL damage.

Kelly has vowed to support her former Toffees team-mate Magill who intends to come back stronger from her injury. 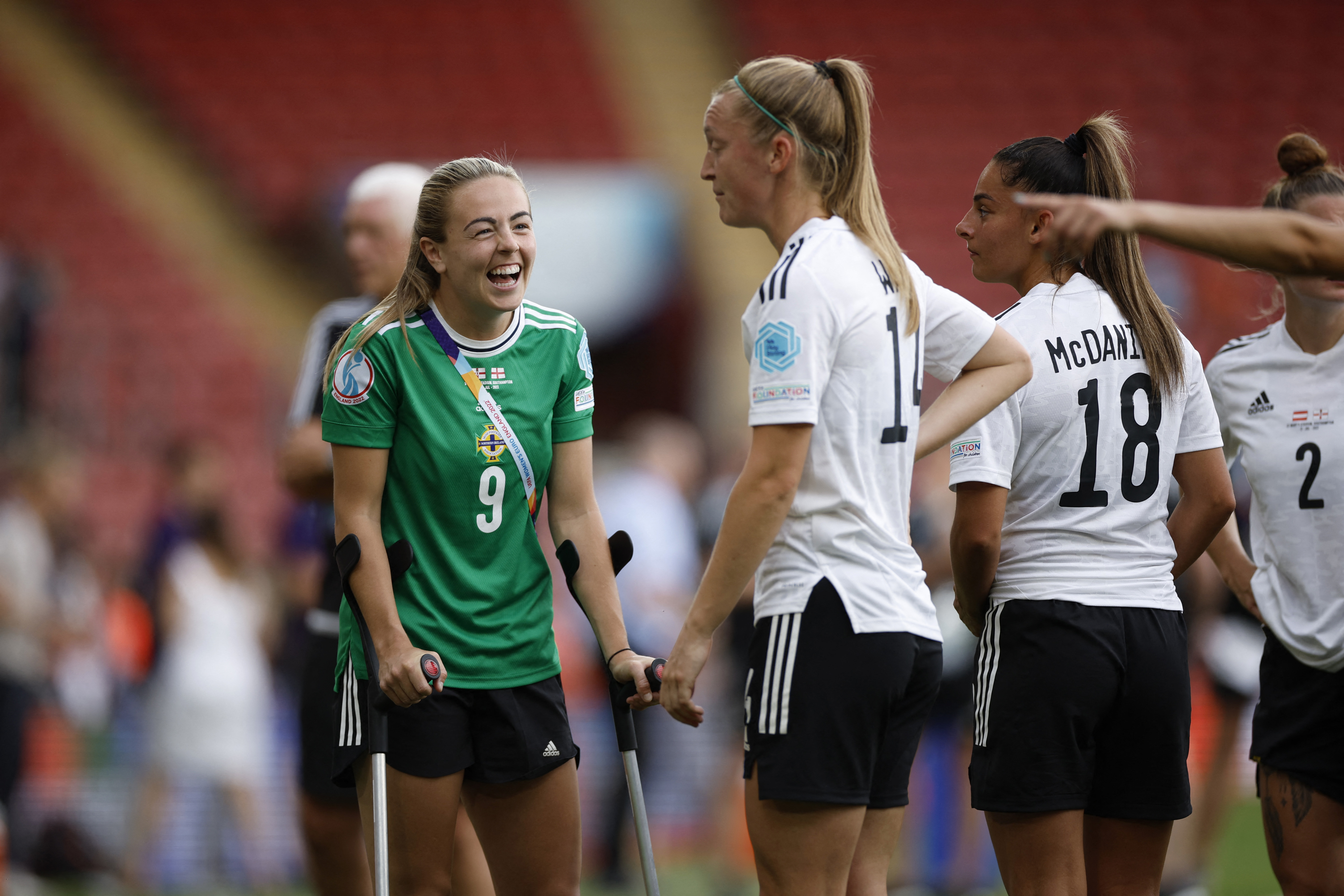 Kelly, added: “I’ve had a conversation with Si and I’m always going to be there for her throughout her rehab because it is so difficult and it’s about having people around you that have experienced it.

“Jordan Nobbs was one for me, who spoke to me at the very beginning of my rehab.

"That really helped me, to speak to someone that had been through it, so if I can help Si in any way I will.”