China’s repression in Tibet, the status of the exiled Dalai Lama, and its treatment of ethnic minorities spurred violent protests ahead of Beijing’s 2008 Olympics.

It could happen again.

China is host to the 2022 Winter Olympics with rumblings of a boycott and calls to move the games from Beijing because of alleged human rights violations.

International Olympic President Thomas Bach was presented with that demand ahead of the body’s executive board meeting in Switzerland on Wednesday by a coalition of human-rights groups representing Tibet, Uighurs in China’s Xinjiang region, Hong Kong and others. In a letter, the group asked the IOC to “reverse its mistake in awarding Beijing the honour of hosting the Winter Olympic Games in 2022.”

The letter said that the 2008 Olympics had failed to improve China’s human rights record, and that since then, it has built “an Orwellian surveillance network” in Tibet and incarcerated more than a million Uighurs, a mostly Muslim ethnic group. It listed a litany of other alleged abuses from Hong Kong to the Inner Mongolia region, as well as intimidation of Taiwan.

China has repeatedly denied the charges and accused other countries of interfering in its internal affairs. It at first denied the existence of the camps for Uighurs, and then said they were job training centers to battle terrorism.

“Through vocational education and training, Xinjiang has taken preventive counter-terrorism and de-radicalization measures, effectively contained the once frequent terrorist activities, and protected the right to life, health and development of all ethnic groups to the best extent,” foreign ministry spokesperson Hua Chunying said last week. “Over the past four years there hasn’t been a single terrorist attack in Xinjiang.”

The International Olympic Committee argued the 2008 Olympics would transform China and improve its human rights record. Instead, they are often compared to Hitler’s 1936 Berlin Olympics; an authoritarian state using the games as a stage.

A Washington Post editorial this month suggested China should lose the Olympics. “The world must ask whether China, slowly strangling an entire people, has the moral standing to host the 2022 Winter Olympics,” it said. “We think not.” 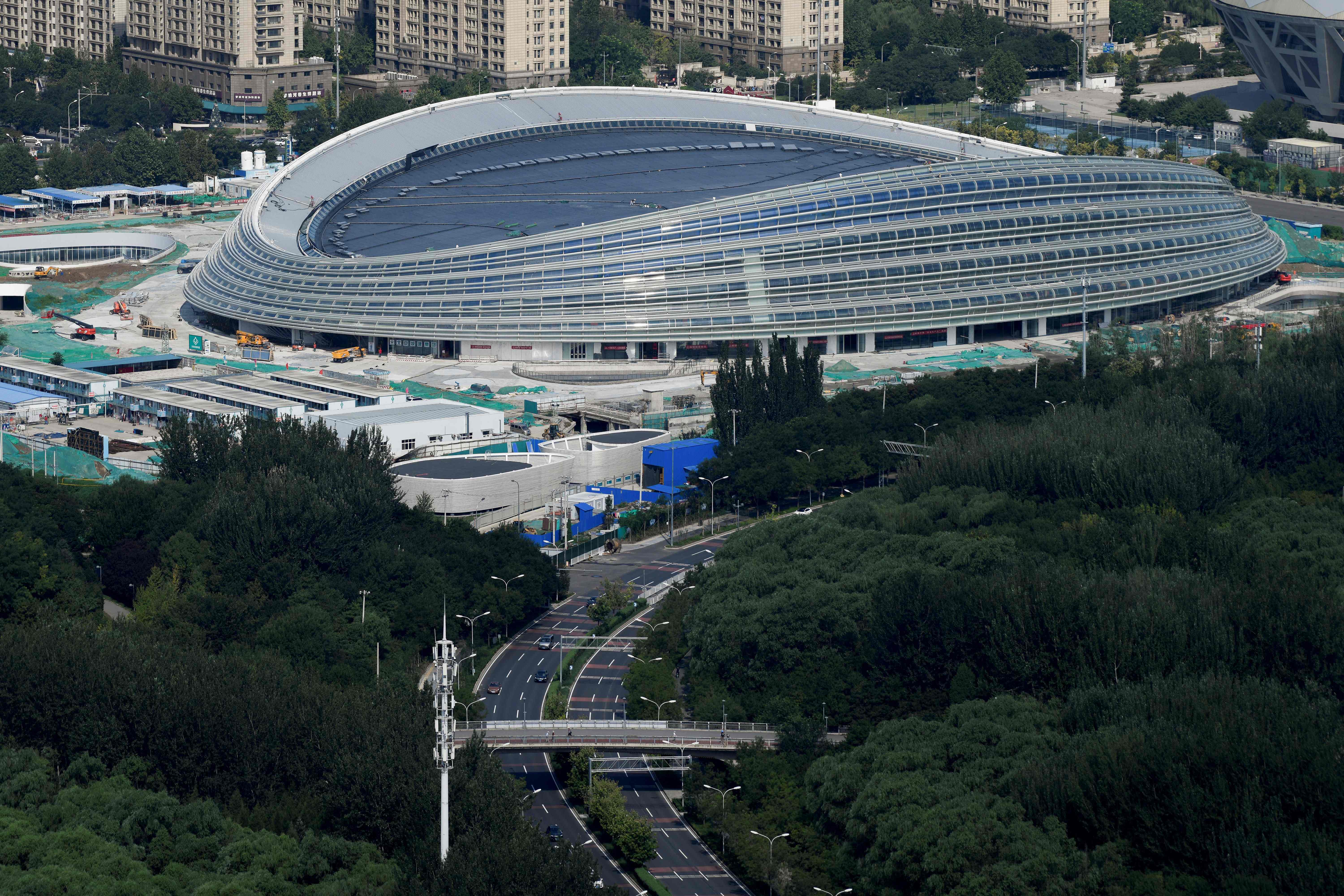 These are precarious times for the Swiss-based IOC. Its finances — and those of 200 national Olympic committees and dozens of Olympic-related sports federations — have been shaken by the postponement of the Tokyo Olympics until 2021 because of Covid-19.

Bach warned two months ago against boycotts but said he was not referring specifically to Beijing. The Swiss-based body generates 73 per cent of its revenue from selling television rights and 18 per cent from sponsors and has seen its income stalled by the Tokyo delay.

After European cities such as Oslo and Stockholm dropped out, the IOC was left with only two bidders for 2022: Beijing and Almaty, Kazakhstan. Beijing won by four votes, taking the Winter Olympics to a country with no tradition — but a giant, untapped market.

Juan Antonio Samaranch Jr, the IOC member who oversees Beijing 2022, declined to answer questions from AP about reported human rights violations in Xinjiang and referred to comments from the IOC.

“Awarding the Olympic Games to a national Olympic committee does not mean that the IOC agrees with the political structure, social circumstances or human rights standards in the country,” the IOC said in an email to The Associated Press.

The IOC said it has “received “assurances” on human rights issues from China and added it must remain “neutral on all global political issues.” 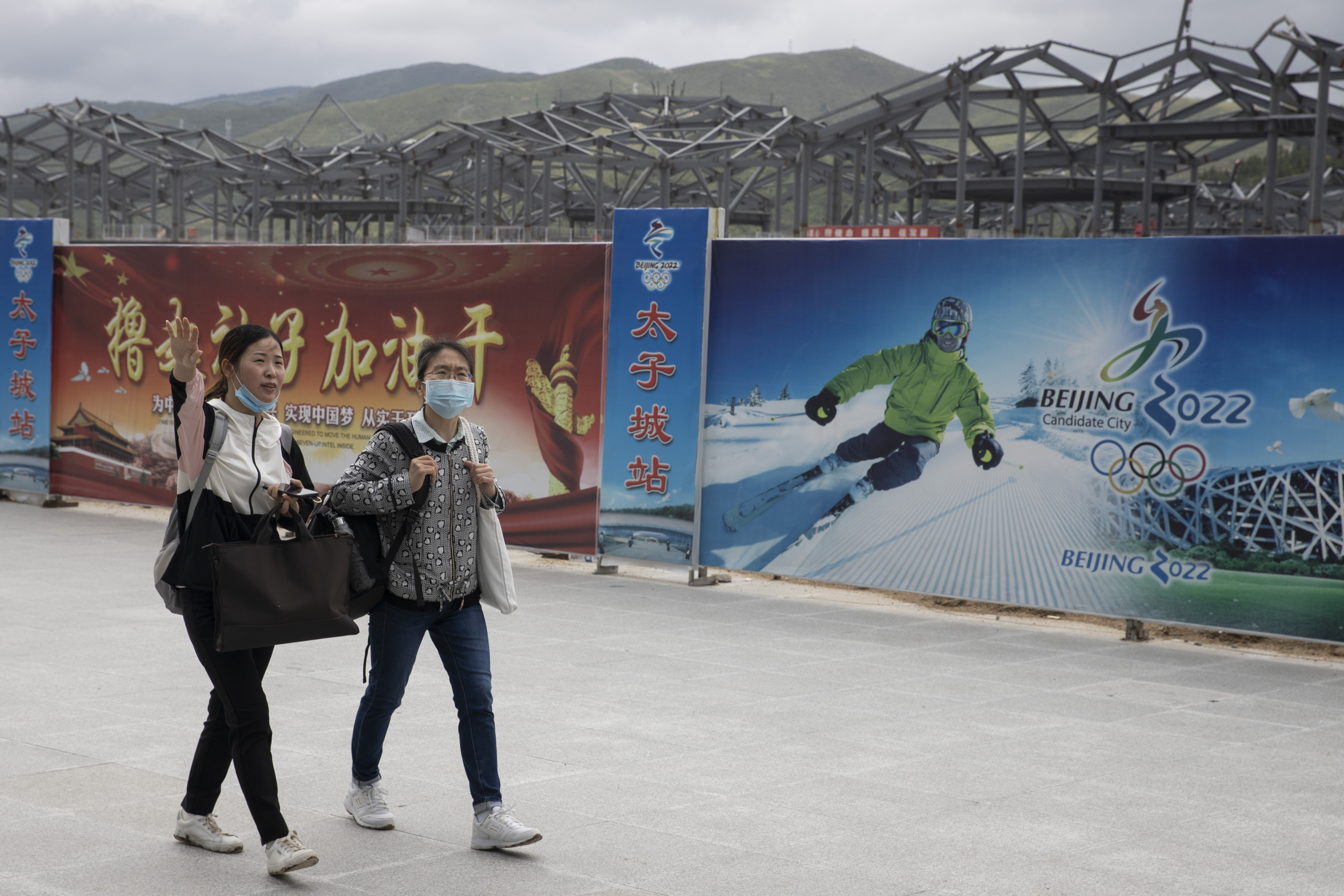 The IOC included human-rights requirements in the host city contract for the 2024 Paris Olympics, but it did not include those guidelines — the United Nations Guiding Principles on Business and Human Rights — for Beijing. Paris is the first Olympics to contain the standards, long pushed for by human-right groups.

“NGOs, celebrities and other activist groups will put tremendous pressure on China in the run-up to the games calling for boycotts, etc,” Victor Cha, a former White House adviser on Asia, said in an email to AP. “I think the IOC would be very reluctant to take 2022 away from Beijing.”

China is the host for the 2022 Asian Games in Hangzhou, which involves even more athletes than the Summer Olympics.

Athletes have shown their power in supporting Black Lives Matter protests in the United States and elsewhere. German football player Mesut Ozil, a Muslim with roots in Turkey, has spoken out against China and coined the phrase: “Muslim Lives Matter.” He has been critical that Muslim-majority countries like Indonesia and Malaysia have remained silent.

Murray Hiebert, a senior associate at the Center for Strategic and International Studies, said that such countries don’t want to jeopardize their economic ties with China, including the infrastructure investment they get.

“Indonesia was very critical of Myanmar when it expelled some 750,000 Muslim Rohingya refugees to Bangladesh in late 2017 and early 2018, but officials have said little about the Uighur situation in China,” he said.

The IOC is under pressure to revise a rule that prohibits political protests on the medal stand at the Olympics.

Casey Wasserman, who heads the organising committee for the 2028 Los Angeles Olympics, said he has written to Bach and asked him to reform the rule. “I don’t believe anti-racist speech is political speech,” he said this month.

Mary Harvey, the CEO of the Swiss-based Centre for Sport and Human Rights, said athletes protesting against racism and inequality in the United States should have the same rights in Beijing, or in Tokyo.

But Lee Jones, who researches Asian politics at Queen Mary University of London, said athletes were unlikely to speak up. The Winter Olympics are much smaller than the Summer Games, with few Muslim athletes taking part.

“Most sportsmen and women seem to want to separate sport and politics, unless they are directly implicated, like in athletic activism in the US,” he wrote in an email.

Jones said, though, that the growing criticism of China’s human rights record by foreign governments – notably the US and some European countries – makes the situation potentially more serious for China than 2008, when the campaign was largely driven by Tibet activist groups.

The campaign of US presidential candidate Joe Biden has backed the use of the term “genocide” for China’s actions in Xinjiang.

He said boycotts are unlikely to change China’s behavior, but China might move if it sees its reputation damaged, particularly in Muslim-dominated countries.

“China has reacted furiously to any suggestion that it is even mistreating the Uighur population, let alone committing genocide, so it likely to react very negatively indeed if other governments start to lead a boycott campaign,” Jones said.