Ten years after being released by Southampton for being too small, Tyrone Mings could make his second appearance for his country on Sunday, when the Three Lions travel to Kosovo.

In between, he drove a £100 Citroen Saxo, threw a sickie to go on trial at Ipswich Town and had a “pop and growl” at Republic of Ireland boss Mick McCarthy.

Here, BBC Sport speaks to some of the people who have helped him rise from ninth-tier Corsham Town to full international.

From ‘too small’ to the big break 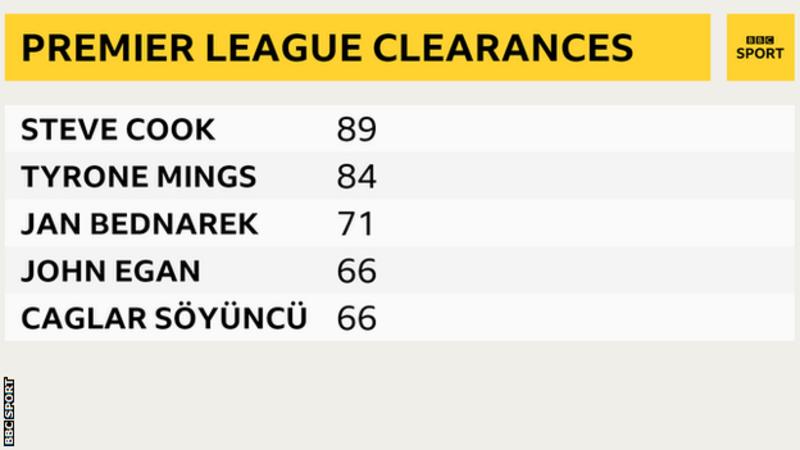 Mings joined Aston Villa in a £20m move in the summer after helping them win promotion to the Premier League while on loan from Bournemouth.

And the 26-year-old has settled quickly in the top flight – his dominant performances at the heart of Villa’s defence leading to an England debut against Bulgaria in August.

The 6ft 5in defender has made the second-most clearances in the Premier League this season and also ranks second for most headed clearances – not bad for a player discarded by Saints at the age of 16 for being ‘too small’.

While his contemporary Alex Oxlade-Chamberlain progressed through the academy system, Mings’ route was considerably more challenging.

Rejected by several other clubs, including Bristol Rovers, his journey took him back to school, into non-league and to jobs pulling pints and working as a mortgage adviser, all while travelling around in a battered £100 green Citroen Saxo with white wheels.

“His Saxo was what you would expect of a first car – it was pretty beaten up,” says former Chippenham Town team-mate Toby Osman.

“It was hardly out of place, and we wouldn’t have given him stick even if it was because his dad is an absolute unit.”

Osman, whose father Russell played for England, viewed the young defender as “well worth a look” and set the wheels in motion for Mings to get his big break.

“He’d only played half-a-dozen games for us and a few clubs were having a sniff around him so I called my dad, who was the academy manager at Ipswich,” said Osman.

“He came to St Albans, where Tyrone had a ding-dong with ex-Fulham striker Barry Hayles. He stood up to him really well and that got him a trial at Ipswich.”

Mings made an immediate impression at Ipswich, although he almost got off on the wrong foot with then manager Mick McCarthy.

“I’d only seen him for two minutes walking around the pitch and I said: ‘We’ll sign him now,'” says McCarthy.

“I liked all of the first three things he did. He was big, quick and powerful and he was yapping away and shouting. He was only in on trial and he was letting everyone know verbally.

“I took him off after 75 minutes, and as he came off he was having a pop and a growl at me.

“He was going to get injured – it was really competitive and people were leaving their foot in. He said: ‘I don’t want to come off.’

“I said: ‘I know you don’t want to come off but I’m taking you off because you’re going to get injured and I want to sign you, so shut up and get off the pitch son.'”

‘You can forgive someone for doing that’

Mings’ trial at Ipswich took place on a cold December day. He should have been sitting behind a desk looking at mortgage products, but called in sick.

“You can forgive someone for doing that,” says Mark Harrington, his boss at London and Country.

“He was with us for over a year and his hard work and dedication shone through. He was very smart and wanted to learn how to become a mortgage broker.”

Since his career change, he has spent Christmas Day feeding the homeless, has given free tickets to hard-up fans, and paid for new shirts for supporters.

And that desire to stay grounded was evident when he was a relatively unknown footballer who had just been handed new hope of achieving his dream.

With Mings’ first professional contract running for 18 months, Harrington says he had a back-up plan.

“When he signed for Ipswich he got back in touch to ask if he could still do some of the work part-time,” Harrington adds.

“He wanted to keep his eye in and stay up to date with his qualifications, but unfortunately we couldn’t help.”

‘Stopping him from pressing self-destruct’ 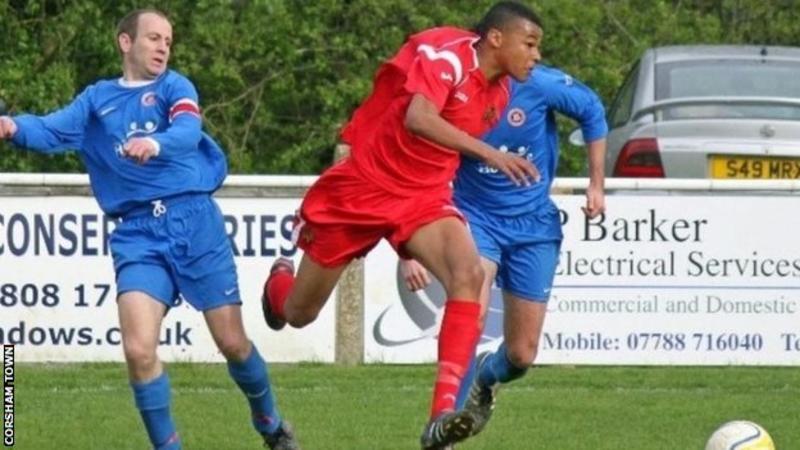 An understudy to Aaron Cresswell at Ipswich, Mings had to wait almost six months before making his debut in May 2013.

And just six of his 18 appearances the following season were as a starter.

“There were times when he wasn’t picked – because he is a strong-minded boy – that he wanted to burst in and tell the manager what he thought,” says McCarthy’s assistant Terry Connor.

“The amount of times I saved him from self-destruct because he thought he should be in the team… you had to calm him down and say: ‘Let’s see what happens before we go knocking on people’s doors.’

“Aaron Cresswell went on to play for West Ham and England, so Tyrone just needed to be patient.”

Mings’ rise has not been without its challenges. After joining Bournemouth for £8m in June 2015, he had managed just six minutes of league football when he suffered a knee injury that kept him out of the starting line-up for 17 months.

“I once sat down with him and asked him what his goals were and he said ‘I want to play for England’,” says Connor.

“It wasn’t said with arrogance, just self-assurance. That was what he believed.”

Mings would have been forgiven for losing some of that belief when he was released by Southampton a decade ago.

His first stop was Millfield – one of the leading independent schools in the UK – where he took A Levels in physical education and psychology and a BTEC Sport.

And it was here his growth spurt began, going from 5ft 8in when he joined to 6ft 2in – and still growing – when he left a couple of years later.

“He looked a waif and stray when he started,” says football coach Terry Akhurst. “He was very thin and very small.

“But in the first training session he collected the ball at left-back and whacked a ball 40 yards to the other side of the pitch and I thought, ‘you’ll do for us’.

“We always have a game against Southampton and they usually roll us over. But we beat them 3-1 and who do you think was the best player on the pitch? Tyrone had the motivation, but he was outstanding.

“I think the academy director at the club must have thought ‘how did we let him go?’ He was unbelievable.”

Looking back, Mings has said the decision was “probably justified” as he “wasn’t quite big enough”.

But with Southampton having conceded more goals than any other Premier League team so far this season, and Mings establishing himself in the England squad, they may wish they could rewrite history.

Pakistan vs Bangladesh live streaming: How to watch Cricket World Cup clash online and on TV