Home » Sport » How Man Utd will line up after Solskjaer splashes £274m summer warchest including Sancho, Grealish and Maddison – The Sun

OLE GUNNAR SOLSKAER is set to have £274million to spend in the summer transfer window to rejuvenate his struggling side. 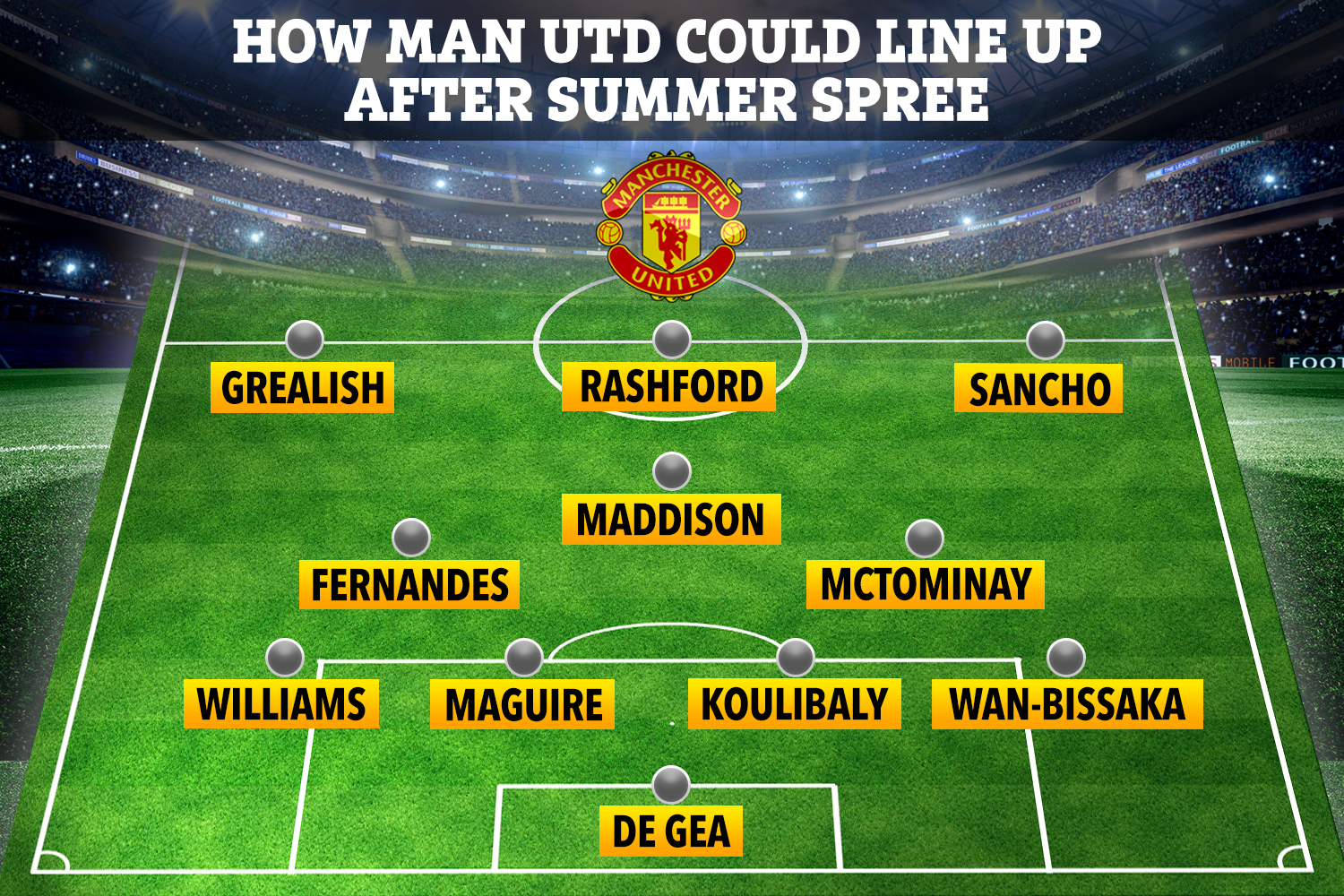 Solskjaer has spent a whopping £220million since he took charge at Old Trafford, but his team are still struggling in eighth place.

The Red Devils chief needs to bolster his attacking options and Borussia Dortmund star Sancho is at the top of his wishlist.

It was reported this week that the Manchester City academy graduate will leave the German giants in the summer.

He has attracted interest from the likes of Chelsea, Real Madrid and Liverpool after scoring 14 goals this season.

But the 19-year-old is allegedly ready to turn down interest from elsewhere to join the Red Devils.