LIVERPOOL could have a whole new starting XI next season with the Reds eyeing a £68million move for Joao Felix.

Mo Salah is also deep in talks with the Reds over a new contract which will see him extend his Anfield stay beyond next summer. 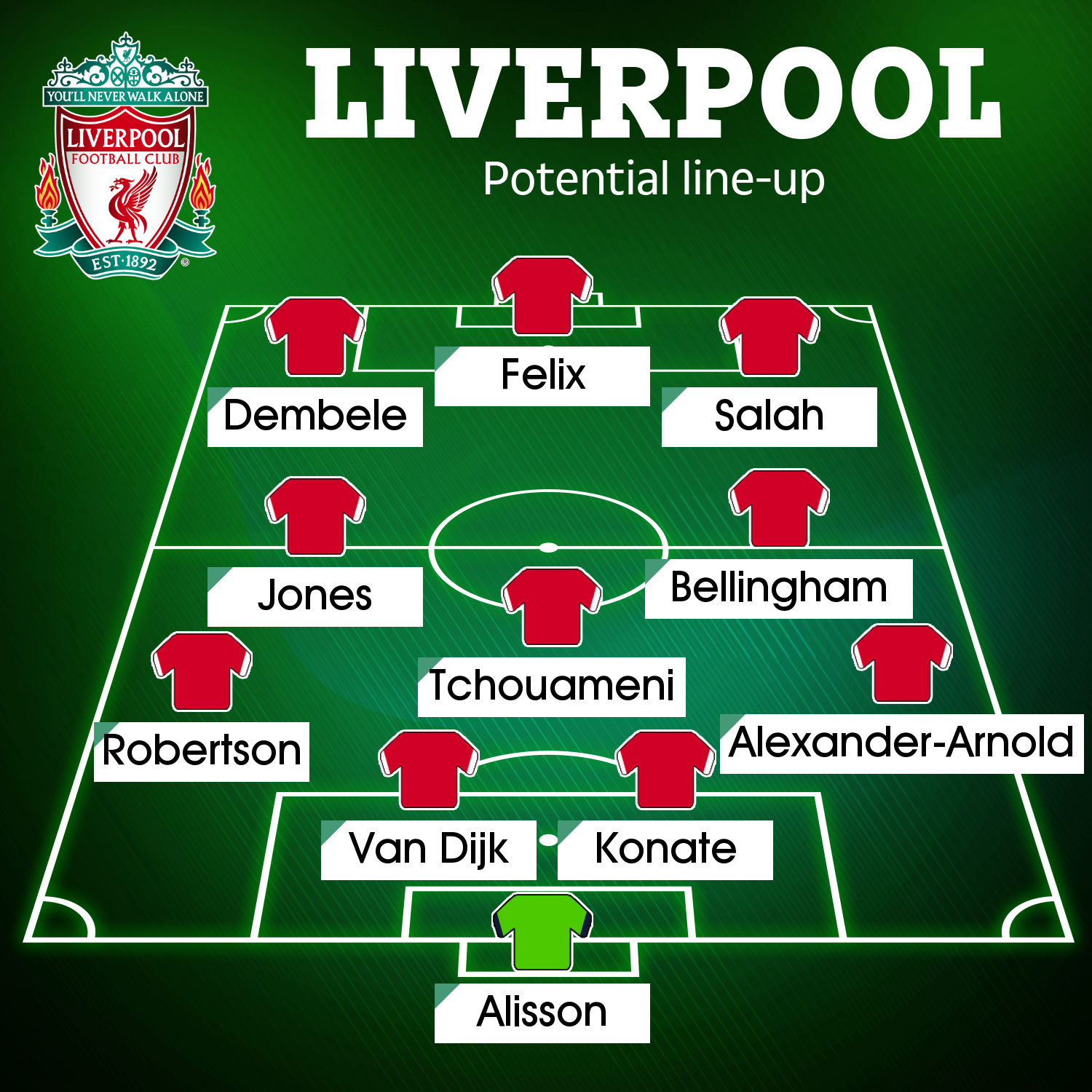 Liverpool have reportedly identified Felix as a target next summer after his struggles at Atleti this term.

The Portugal international, 21, has featured just three times for the LaLiga champions.

And despite paying around £113m for his services from Benfica two years ago, Atleti are open to offers.

It’s claimed the Spanish giants would only look to recoup £68m, which they can put towards re-signing Antoine Griezmann permanently from Barcelona.

Felix would provide Jurgen Klopp with yet another top option for his attack.

The forward can play either as a central striker or a winger.

And Liverpool fans will be dreaming of seeing him alongside star man Salah.

The Egyptian, 29, has been in red-hot form this season with nine goals in as many games.

However, reports had suggested Salah was keeping his options open over his future next year.

But it’s now claimed Liverpool are progressing in contract talks.

And signings like Felix would only strengthen the Reds’ chances of convincing Salah to stay put and challenge for more trophies.

Liverpool have also been linked with big-money signings elsewhere on the pitch.

The Reds are also said to have joined Manchester United in the race for Barcelona winger Ousmane Demebele.

Dembele, 24, has interested the Reds for some time and could be signed to provide competition for the likes of Sadio Mane and Diogo Jota.

And former Liverpool man Glen Johnson urged Borussia Dortmund midfielder Jude Belligham to join the Reds instead of Chelsea who are also keen.

The England ace has been linked with a January move to the West Londoners but Johnson reckons the England international would be better of at Anfield where he would be 'nurtured'.

And there is an outside chance Bellingham could line up alongside Aurelien Tchouameni.

The Monaco ace is already wanted by United, Chelsea and Liverpool and is now on Juventus' and Real Madrid's radars.