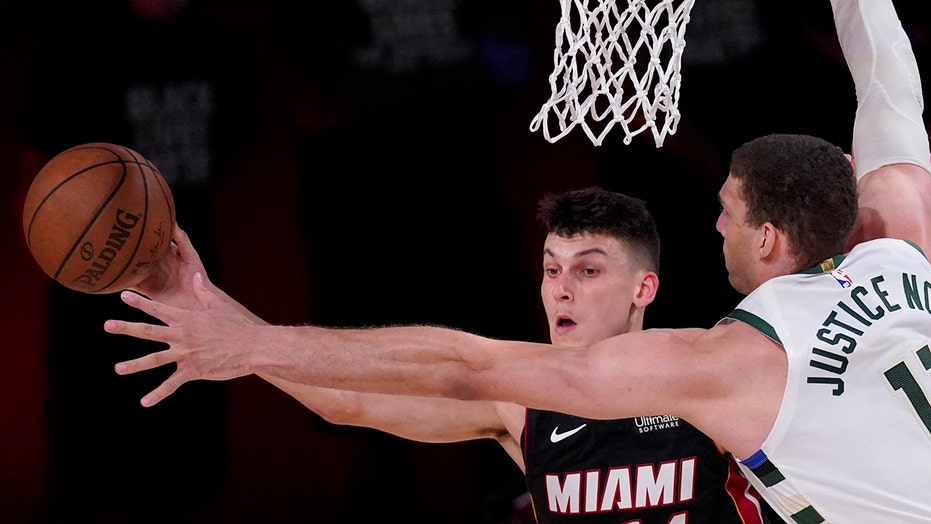 Miami selected Herro with the No. 13 overall pick of the 2019 NBA Draft last summer, which because of the league’s pause on the season over the coronavirus pandemic feels like ages ago. He is averaging 14.7 points per game off the bench for the Heat.

At least one sportswriter pointed out on Twitter as the Heat topped the Bucks, 103-94, that Herro will become the first person born in the current century to play in the conference finals.

Miami won the series 4-1 and await the winner of the Boston Celtics and Toronto Raptors series to see who they’ll play to possibly make the NBA Finals since the LeBron James and the Big Three era of the franchise.

He told The Athletic of his performance: “I just came in with a killer mindset. I wanted to leave everything on the floor for my coaches and my teammates. We needed to win one game to move on to the next round, and I tried to bring everything I could and lay it all out there on the floor tonight. I thought we played a pretty good game. It was ugly, but we’re just happy to get the ‘W’ tonight."

Ex-Man Utd star Chadwick dreaded being picked for ‘fierce’ Keane’s team in training, but reveals kinder side to Irishman – The Sun