SHOULD Festival success come his way, trainer Harry Whittington will be toasting a stable star whose life was cut short way too soon.

Whittington reckons he would not be where he is now without the exploits of Arzal, winner of the Grade 1 Manifesto Novices’ Chase at Aintree four years ago. 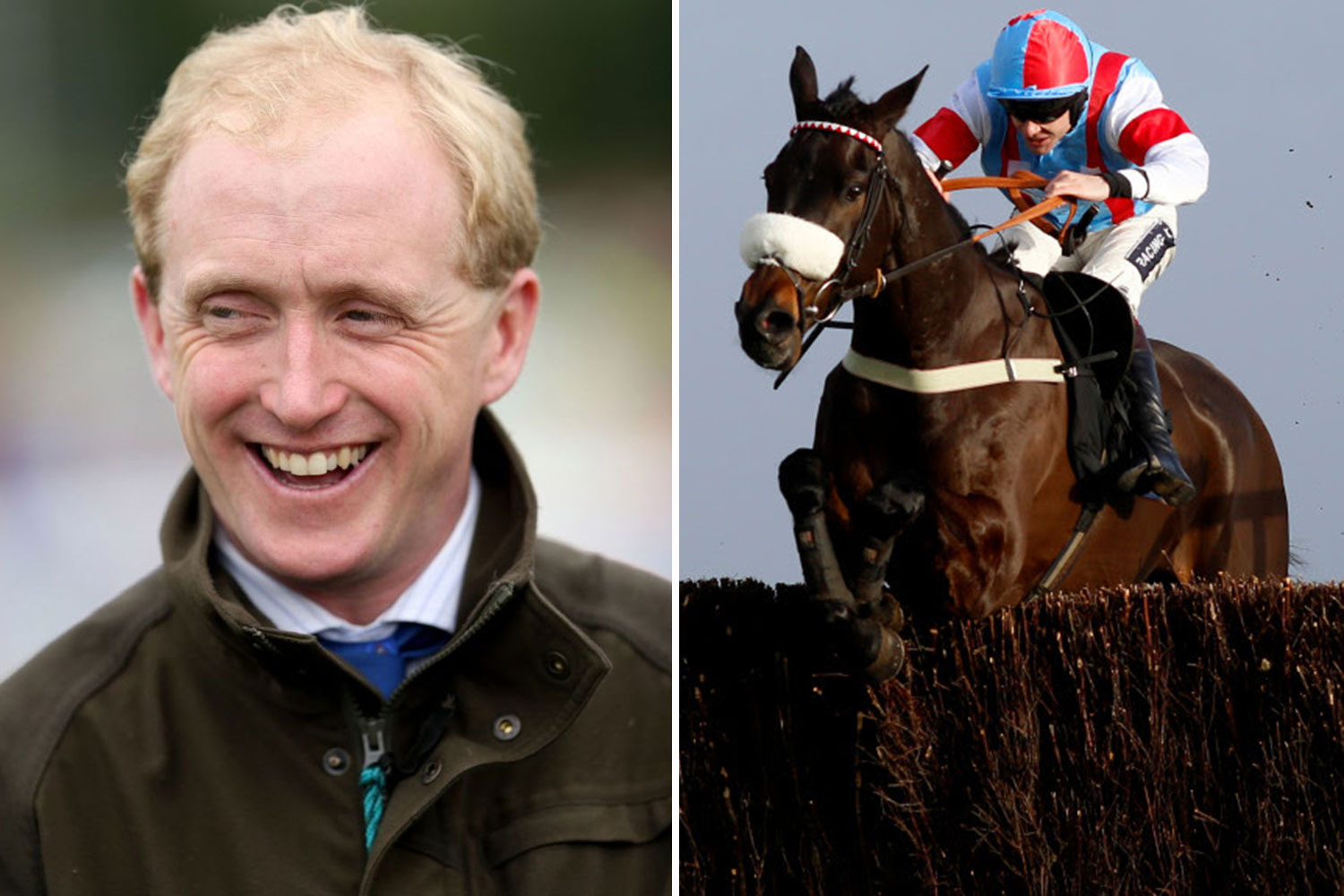 Where he is now is heading to Cheltenham with three live chances in Saint Calvados, Simply The Betts and Rouge Vif.

And Whittington said: “Along the way there have been a few things that have just come along when we needed them.

“Dubai Kiss was the first one when he won his Newbury bumper at 100-1.

“That enabled me to get some attention and someone gave me an order to buy one from France. That was Arzal who would win a Grade 1.”

Whittington said: “Losing Arzal was a bitter pill to swallow.

“We went from the greatest high to the lowest low and it was horrible. But we’ll never forget him.

“We have a barn named after him and I watch the replay once a month even now.

“He was an extraordinary horse. He was a great character and he was a good friend and we miss him.

“He did something he loved and that’s the way I see it. Without him we wouldn’t be anywhere close to where we are today.”

Lambourn-based Whittington, 39, took out his licence in 2012 after a spell with pre-training legend Malcolm Bastard followed by a stint running a satellite yard for Nicky Henderson.

He said: “Malcolm was a great man to learn from and Sir Mark Prescott always said if he went into training we’d all have to give up.

“I started the business along those lines and then I started doing it for Nicky Henderson as he was next door.

“I’d have his horses up here and we’d take his horses on to his gallops and we did a good job with them.

He’d send us more and he’d begin to run horses in races from a satellite yard.

“So that  and built up and then I got the knack for it and thought I’d quite like to do this myself. I was learning from the maestro, he is phenomenal, he just has such a great instinct for it.”

Perhaps there will be another Arzal among his Cheltenham Festival team who can notch big-race success.

Whittington said: “It’s by far the best squad of horses I’ve had to go to Cheltenham with.

“Before this year we’d only ever had two finish in the places there. But now this season, only one of ours has finished out of the four there. Hopefully we can carry that on into the Festival!”

Of the three, Simply The Betts is shortest in the betting as an 8-1 shot for the Brown Advisory Plate Handicap.

“He needs to take another step forward but that form from his win at Cheltenham has worked out very nicely.

“He’d be a novice in that handicap and you can see why punters would be interested in him with what should be improvement left in him.”

Rouge Vif was last seen winning the Kingmaker Chase at Warwick and goes in the Arkle.

His trainer said: “He’s got a high cruising speed, not necessarily the best turn of foot but you have to be able to stay in an Arkle and he does that well. 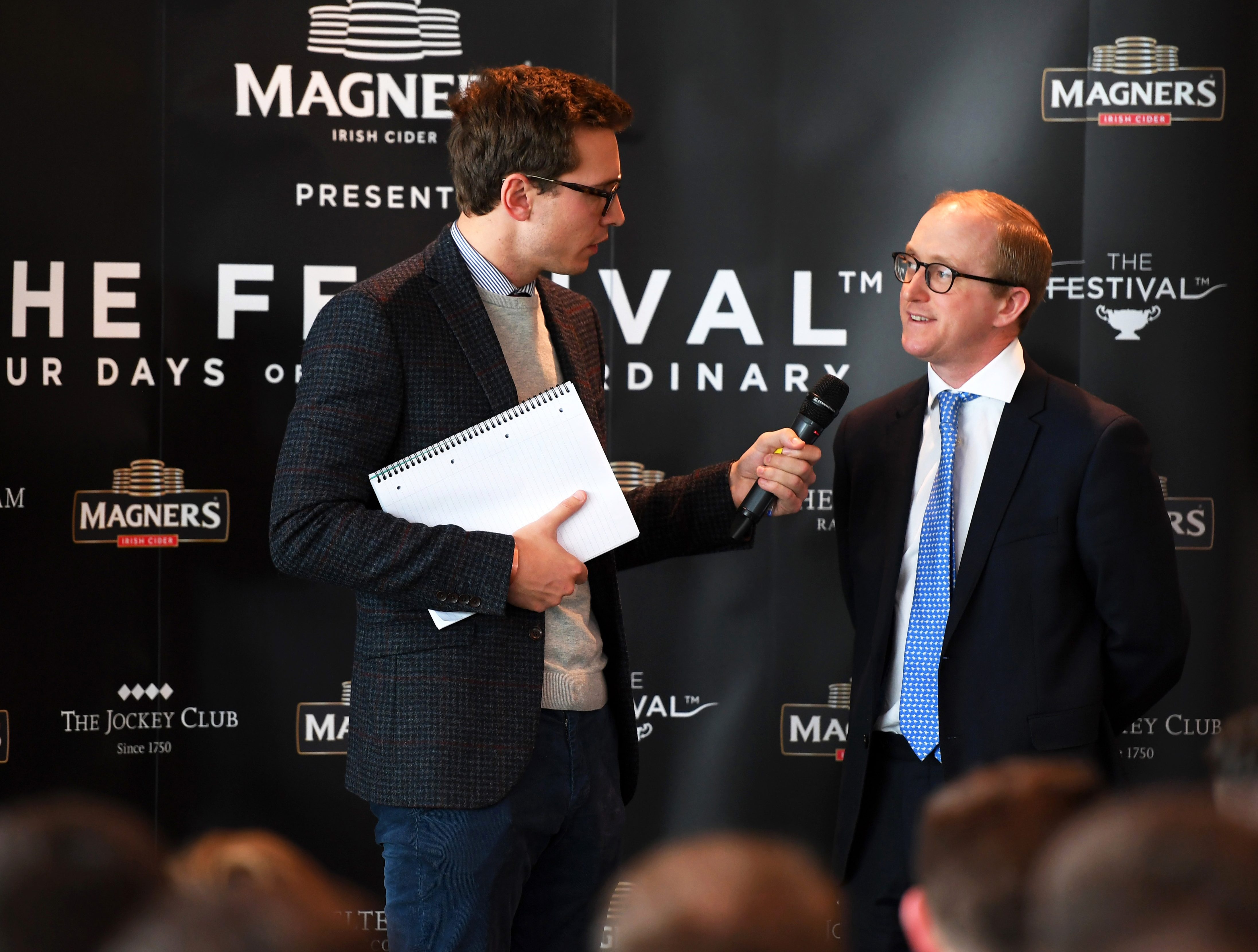 “I actually think he’s better left-handed, too, and he’ll have no problem on the undulating track.

“His jumping has to be his big asset, especially for a novice. He’s quick over them, efficient and just so slick and he’s so quick away from the fences, he makes so much ground there.

“He’s a horse that loves to be ridden positively and he’d run through a brick wall for you, he’s as game as anything.”

Last but not least is stable stalwart Saint Calvados, who will take on A Plus Tard and Frodon in the Ryanair.

Whittington said: “It’s going to be unbelievably tough, we know that, they are monster races to win.

“But off levels, in an open Grade 1 I hope he can be ready to mix it with the big boys.

“I think those weight-carrying performances show that.