IT’s back to the future for Gordon Elliott at Punchestown today when the trainer has his first runner since his photo-shame ban.

And it would be no surprise to see him immediately back in the winners’ enclosure with OH PURPLE REIGN (2.30). 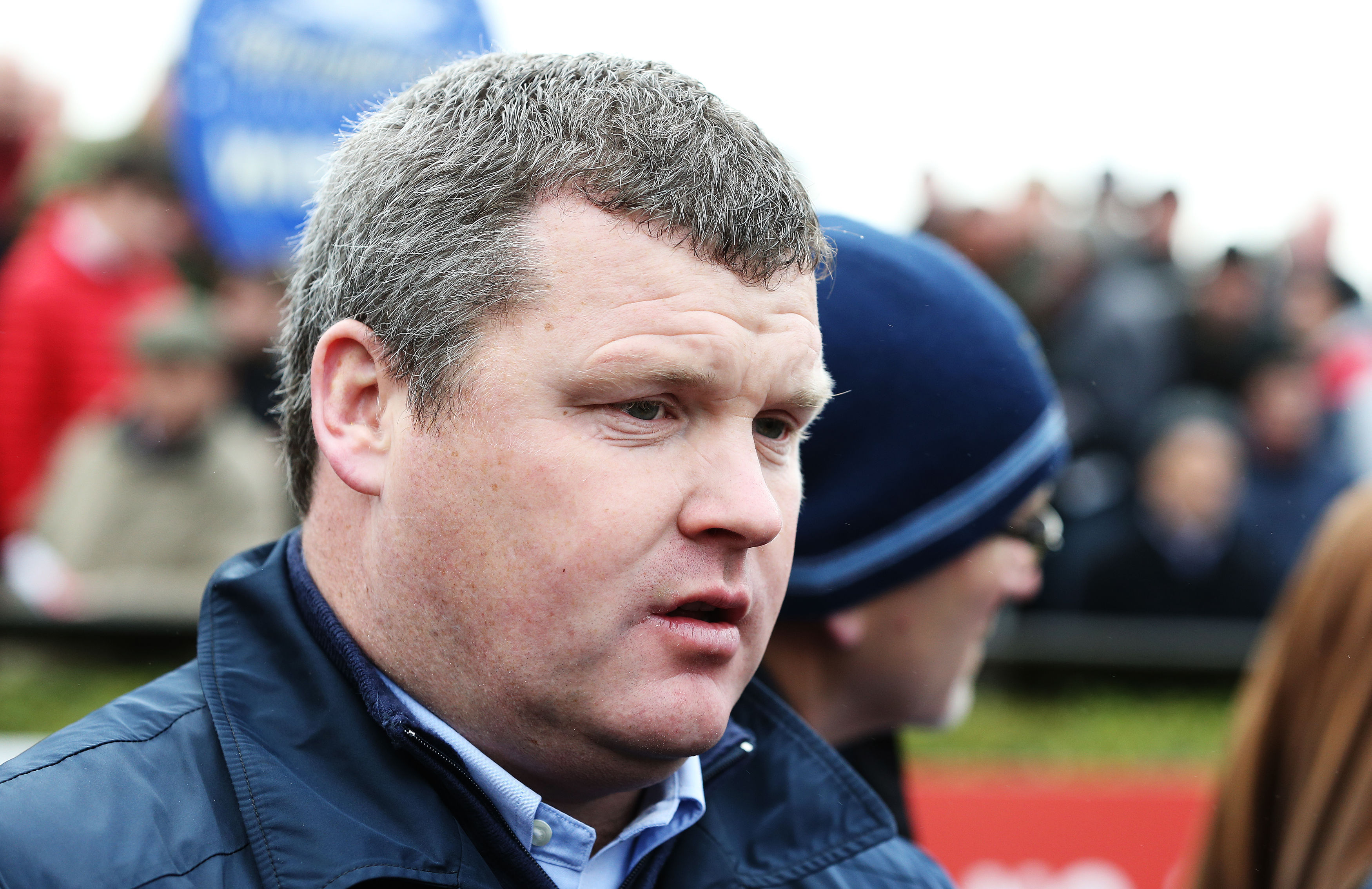 Much has been said and written about Elliott since the ill-fated snap of him sitting on a dead horse found its way to social media.

But the trainer has done his time and it will be business as usual at a track where he has enjoyed countless big winners over the sticks.

However, Elliott is no stranger to winners on the Flat too and Oh Purple Reign won easily at Gowran at the start of this month for Denise ‘Sneezy’ Foster, who can now step back into the shadows at Cullentra.

Racing just off the pace before attacking in the middle of the track, the four-year-old picked up well to draw clear last time.

It was not a surprise to see him smashed with a 9lb rise by the handicapper but you can be sure he will be fired up to win for Elliott by Declan ‘The Enforcer’ McDonogh – and already he is in to 9-2 from 11-2.

There are plenty of dangers though.

Oneiroi is nothing if not game and won in gutsy style at Leopardstown last month. The handicapper has been kinder with just a 3lb rise.

Monzoon has hit form on his last two but the biggest danger looks to be Adamaris who could defy his 6lb rise for a smart win in a big-field handicap at Killarney.

Meanwhile, SHERKIN ISLAND (3.03) looked like a filly to follow when romping home in a maiden at the Galway Festival.

She had things her own way over that trip of just more than a mile and only had to be pushed out to pull clear.

Dermot Weld sees her as a filly for next year but it will be a shock if she is not up to this.

Casanova won over the same trip at Galway but has been hammered back up to a mark of 92 and will find it hard to give the weight away.

Main danger could be Cartouche. She is a big strapping filly who won a Fairyhouse maiden by a whopping 14 lengths. However that was in October last year so she is likely to need this – and Aidan O’Brien’s only winner in his last 40 runners has been St Mark’s Basilica.

Weld can also take the opener with RADIYKA (1.30). She has looked smart in two runs so far and her experience will help.

Black Pepper could be red-hot each-way. She has been green on both runs but showed promise and this seven furlongs will suit.