Giants mid-courter Jamie-Lee Price provided an insight into what she was made of when, as a 13-year-old, she was dragged into the argy-bargy of an NRL match.

Her father, Steve, captained the Auckland-based New Zealand Warriors and her uncle, Brent Tate, was another of the team’s stars. The future Australian netball international was the Warriors’ ball girl, but on this particular night in 2009 she didn’t appreciate attempts by her family members to pressure her into breaking the rules as they screamed for her to pass them the ball.

They wanted to take a quick penalty tap to catch the opposing team napping. However, Price wouldn’t budge. 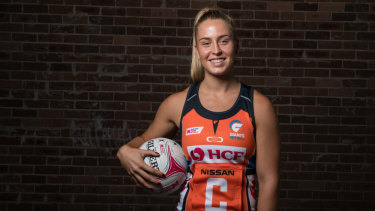 “The rules said we had to put the ball on the sideline after it went out [of the field of play]," Price said ahead of Sunday’s match against the Collingwood Magpies at the Quaycentre. “Dad and my uncle were yelling ‘pass the ball, kick it to us’, but I put it on the ground.

“I guess that was me saying, ‘you come and get it’. They screamed, but I was like, ‘no’. I explained to them later I couldn’t break the rules and they apologised. It was all in the heat of the moment, but it was a good lesson for me about reacting under pressure.”

Despite the stress of that night long ago, Price – who was born in Sydney but spent many of her childhood years in New Zealand – needed no time to nominate "professionalism" as one of the traits she’s inherited from her father.

“My Dad has had a big influence on my life," she said of the former Queensland State of Origin representative. “He always went about his business in a professional manner: the way he spoke, his approach to training, everything was treated professionally.

“It’s taken me a few years to figure out what kind of player I am. What I’ve realised this year is I want to be a leader. I’m not the ‘little one’ of the team any more. I have to step up, have my say.” 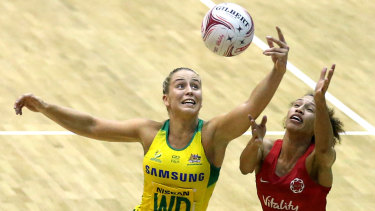 Giants coach Julie Fitzgerald, who in 2013 selected the then 17-year-old Price to make her elite netball debut for the Waikato Bay of Plenty Magic, said she respected the defender’s fierce will to win.

“Jamie-Lee is a winner,” Fitzgerald said of the athlete who was also selected to play touch football and Oztag for the Kiwis.

“You have players who want to win and will do anything to win. It’s something not everyone has. She’s definitely one of our best athletes in the gym. She’s very strong and uses that to her advantage on the court.

“When Jamie-Lee’s family moved back to Australia she needed to decide whether she’d go with them or stay in New Zealand. She would almost certainly have been in New Zealand’s under-21s and possibly become a Silver Fern.

"When we spoke about [signing with the Giants] I said I couldn’t guarantee that she’d become a member of the [Australian] Diamonds. I said that might never come her way because she hadn’t come through the [local] programs.

“Her response said a lot about her. Jamie-Lee said even if she didn’t make the Australian team she’d be the best player she could possibly be by playing in the world’s best league. I respect that attitude.”

Price acknowledged she would have benefited enormously from playing under Fitzgerald earlier in her career. She said while her coach possesses a nurturing maternal instinct, she doesn’t sidestep the tough stuff.

“She’ll have the hard conversations, and I prefer that,” Price said. “I’d rather Julie was honest with me than not. That’s how you become your best.”

Christian Eriksen is too 'shy' and must show more aggression, warns Conte with Inter star one of 11 'up for sale'