HAFTHOR BJORNSSON's boxing match with former mixed martial artist Alex Simon is off after his rival suffered a torn bicep.

The Game of Thrones star, 32, was due to face his fellow powerlifter in May.

But a torn left bicep for Australia's Simon has laid waste to the battle of juggernauts.

"Not the news I wanted to give but last week during a sparring session I threw a punch and tore my left bicep tendon off the bone.

"I knew how bad the injury was instantly as I tore my right bicep tendon less than 2 years ago, obviously this means my boxing match with @thorbjornsson is off.

"I wish him best of luck in his prep, rehab is approximately 6 months, another setback for myself and this 1 was hard to take after a terrible few years for me, but it is what it is, s**t happens and I’ll tick every box rehab wise and get back to competing before the year is out.

"Can only hope my run of bad luck is behind me now and a successful run is coming my way. 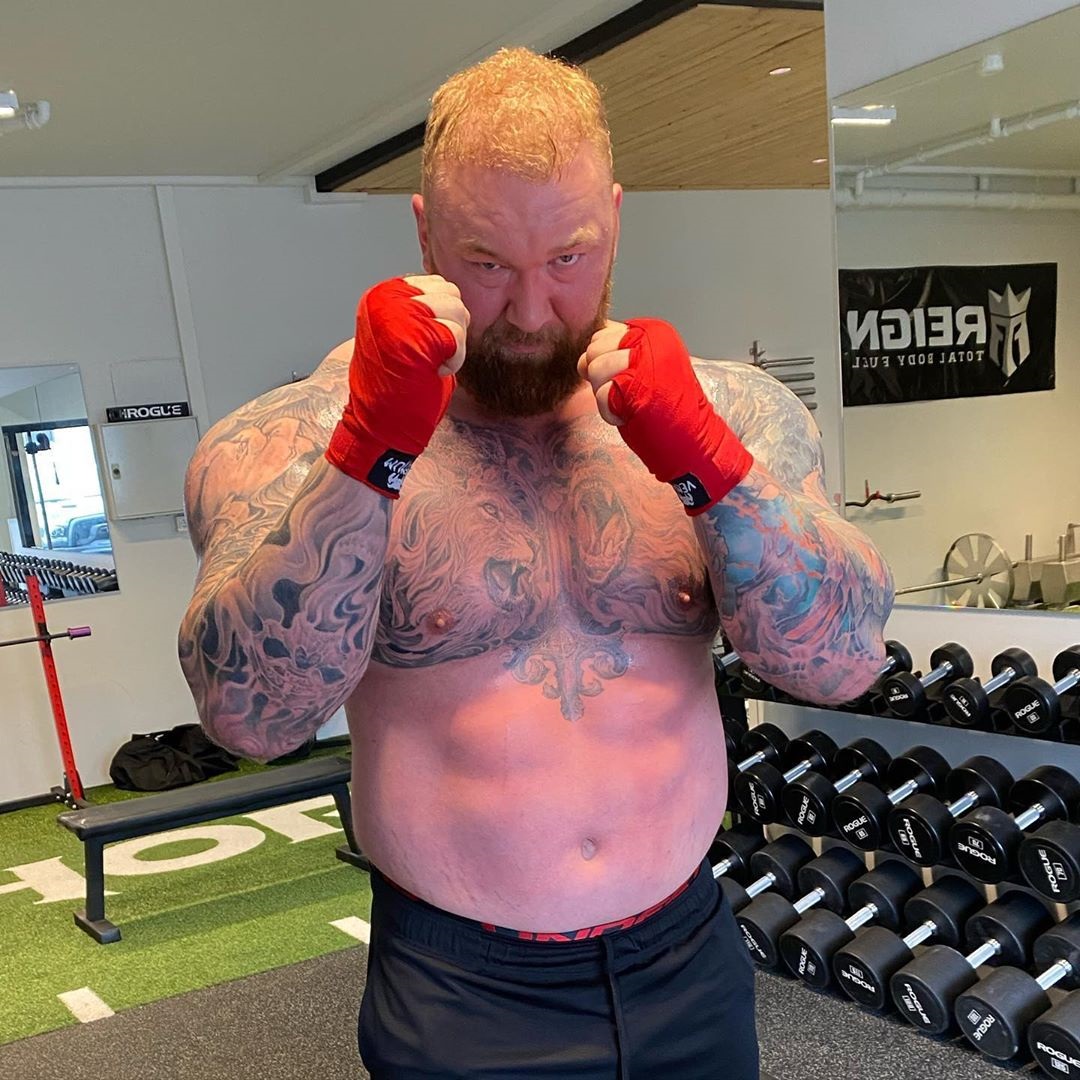 "I will never quit it’s just not in me and I will achieve my goals in time.

"When your down and out you find out who actually has your back and to the people that do I will not forget when we are rolling soon, only a matter of time, let the rehab begin."

Bjornsson, who played The Mountain in Game of Thrones, has yet to comment on Simon's withdrawal from their titanic showdown.

The Icelander's clash with Simon was meant to serve as further preparation for his showdown with Eddie Hall.

The bruisers are set to throw down with one another in Las Vegas in September.

A date for their super-heavyweight showdown, however, has not been announced.

The strongmen used to be good friends but their relationship soured after Bjornsson accused Hall of cheating during the Viking Press portion of the 2017 World's Strongest Man competition.

Hall felt betrayed by his old pal, recently saying: "This is what people don’t sort of get.

“We used to be good friends. He’s been round my house and we’ve had parties. We’ve travelled around the world together.

“But what happened at World’s Strongest Man 2017 just threw all that friendship out the window.

“It was a big dagger in the back.

“That’s irreparable, three or four years with a cloud over my World’s Strongest Man win.

“What’s that cost me in terms of my career? He just doesn’t care. I still haven’t had an apology from him, he’s not denying it.

“He keeps saying he was robbed, hard done to. At the end of the day, if he’s got solid evidence bring it up.

“Thor is not my friend. He was and I can safely say, even with an apology, I don’t want to break bread with this man.”

Is Wales vs Ireland on TV? Channel, live stream, kick-off time and teams for Rugby World Cup warm-up – The Sun