Social media users watching ‘Game of Thrones’ were quick to point out an item was out of place in one scene. A Starbucks cup from out of the realm appeared to be sitting on the table.

[WARNING: THE FOLLOWING CONTAINS SPOILERS FROM "GAME OF THRONES"]

“Game of Thrones” fans were ready to unleash the fury of the Seven Kingdoms on an ESPN anchor who they say spoiled a major character death in Sunday night's penultimate episode while covering the Toronto Raptors’ Game 7 win over the Philadelphia 76ers.

Michael Eaves allegedly spilled the beans Sunday on “SportsCenter” before the episode was able to air on the West Coast. The anchor made a reference to Cersei Lannister’s death while recapping game highlights.

But fans of the HBO show who hadn’t seen the episode yet wished they had a dragon to “Dracarys” their TV sets. 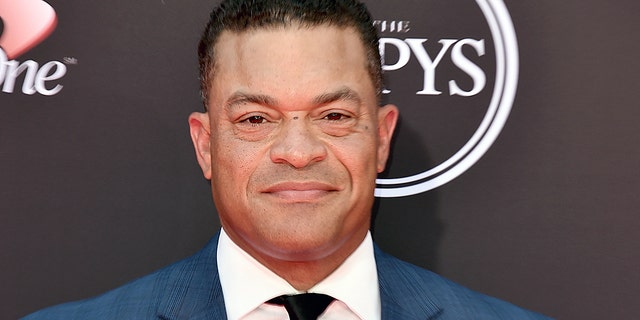 "Game of Thrones" fans said that ESPN’s Michael Eaves spoiled a major character death while he recapped highlights from the NBA playoffs before the episode aired on the West Coast. (Getty)

“When feeding my daughter her bedtime bottle watching @SportsCenter and @michaeleaves spoils @GameOfThrones before I’m able to start it… come on man!!! At least wait a day,” one user tweeted.

Another fan seethed that Eaves "really dropped that line about Cersei" during SportsCenter.

One user even called the spoiler "another reason to hate basketball."

Eaves responded on Twitter early Monday but didn't appear to offer an apology.

The series finale is set to air Sunday, giving fans closure on which character will sit on the Iron Throne — or die trying.