LINDSEY PELAS has declared war on Instagram for 'discriminating' against women.

The former UFC ring girl called out the social media site after one of her busty selfies was removed. 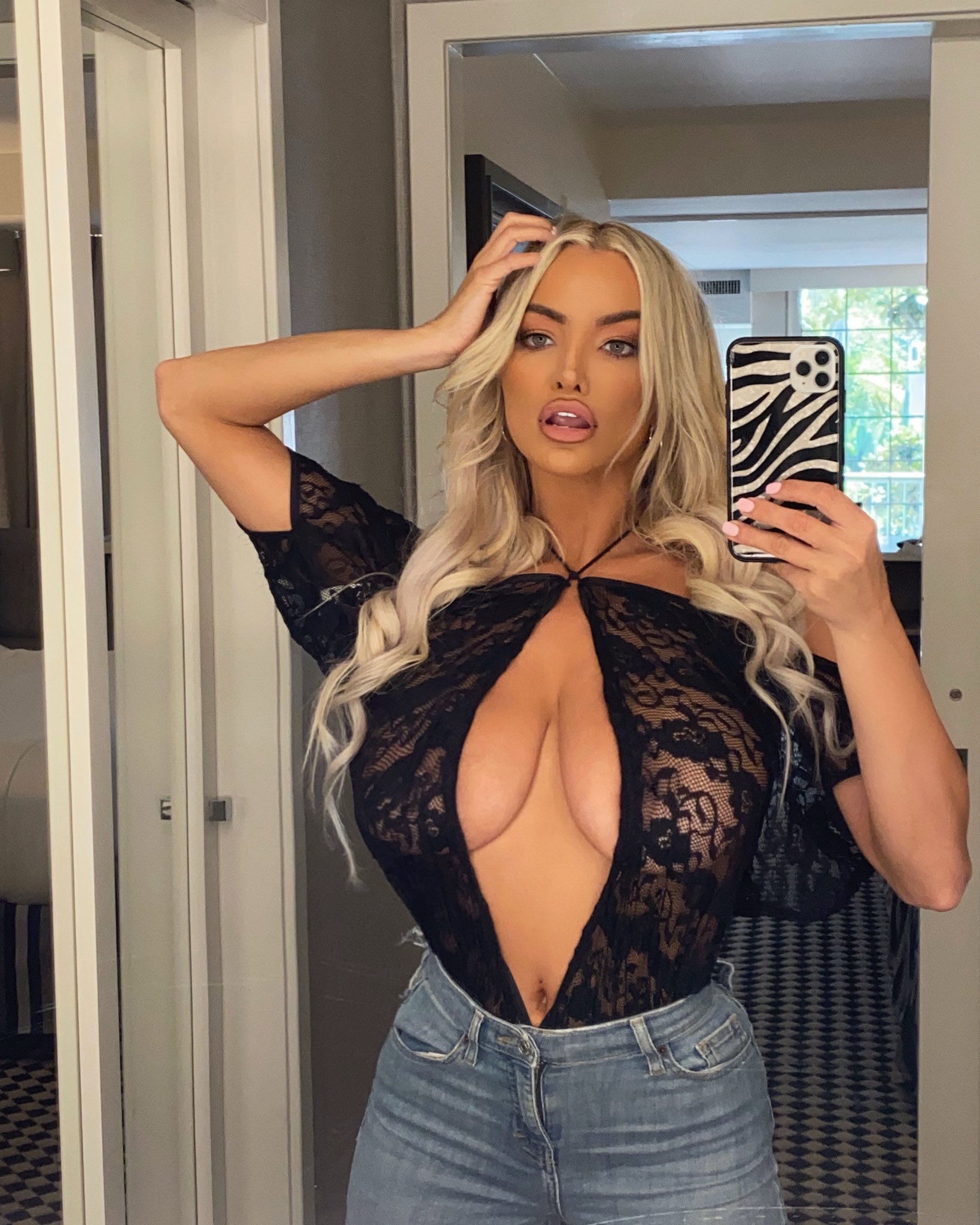 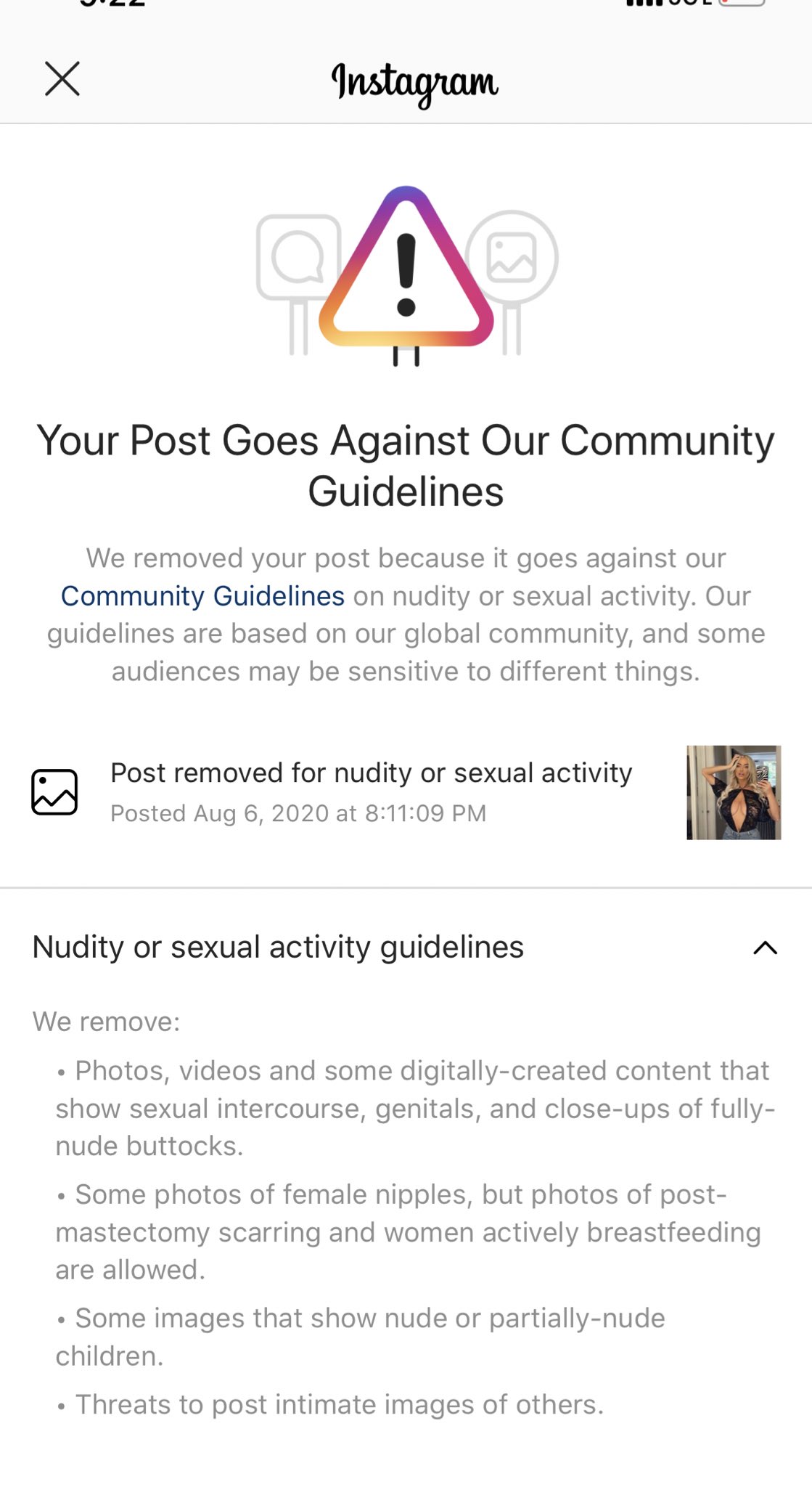 Pelas – who has natural 30HH boobs – has racked up more than 8.6million followers on her Instagram page.

But the 29-year-old was left furious after one of her pictures was taken down for breaching the guidelines.

In the image, Pelas posed for the camera as she showed off her cleavage in a skimpy black top.

She covered her modesty – but Instagram decided to remove it for 'nudity or sexual activity'.

Pelas shared the snap to her Twitter page and wrote: "This photo got removed on @Instagram I guess you can't be naked and you also can't be hot. Lmfao."

During an interview with TMZ, Pelas accused the social media site of promoting rape culture.

She said: "Instagram has been pretty consistently discriminating against women's businesses and women's bodies.

"It's been really particular about showing so much skin surface and the type of wardrobe. 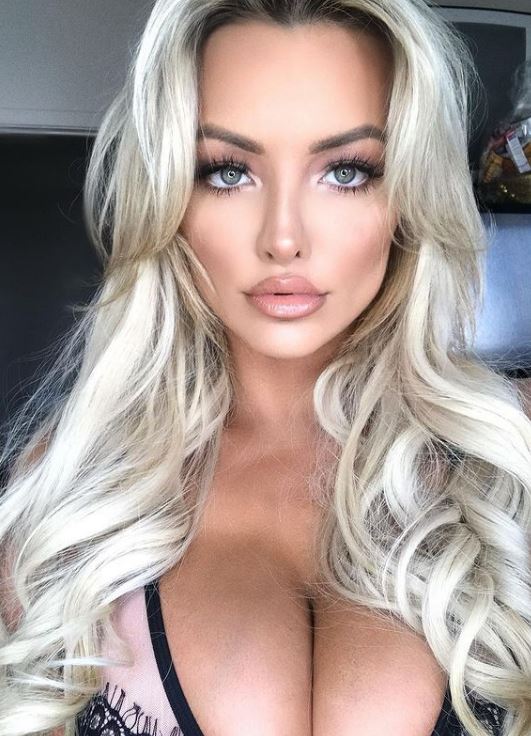 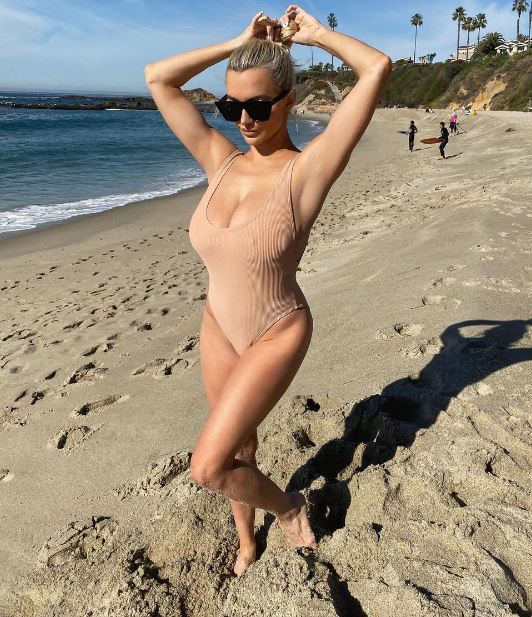 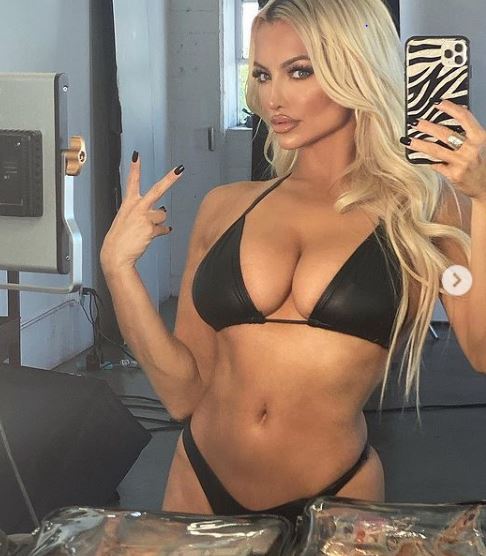 "You can actually go and look at Instagram and Facebook policies and they show examples of what they believe to be sexually suggestive.

"One of them is a woman sitting on a bed in underwear.

"The issue is when you decide that something is sexually suggestive, instead of a woman deciding that she wants to have sex with you, it's promoting rape culture.

"You can't just say, 'Oh if she wore a mini skirt she deserves to be raped', that's rape culture."

The ex-girlfriend of Calum Best urged the government to step in to sort out the ongoing issue.

Before she added: "I think we are far behind on cyber legislation and our digital laws do not mirror the laws we have in place in our physical lives.

"I think it's really important that our government notices that and takes note of it.

"We have these laws that we have to live and abide by and pay taxes on in a society that we support and we live that way, but then online it's lawless and people can do whatever they want and they can cherry pick. 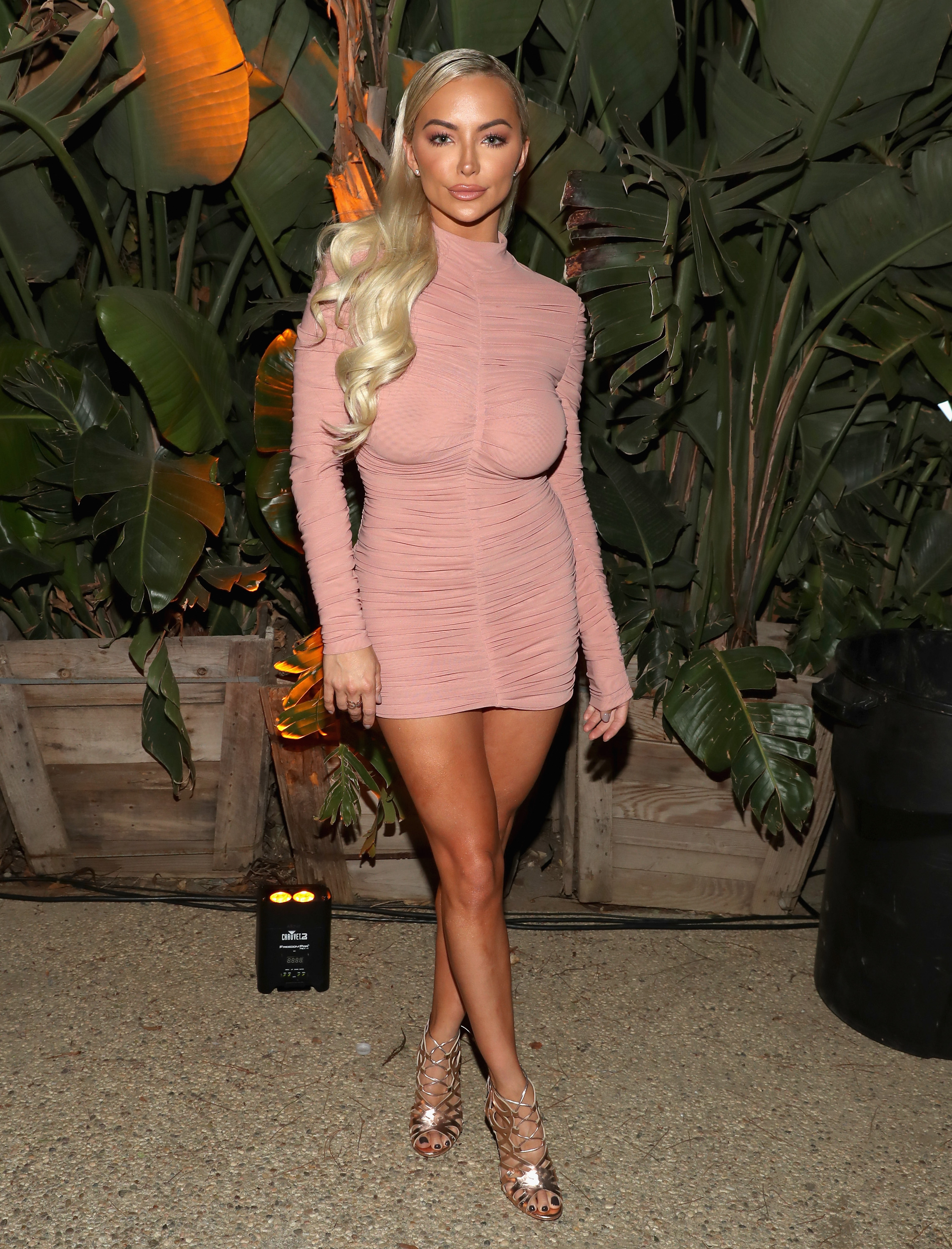 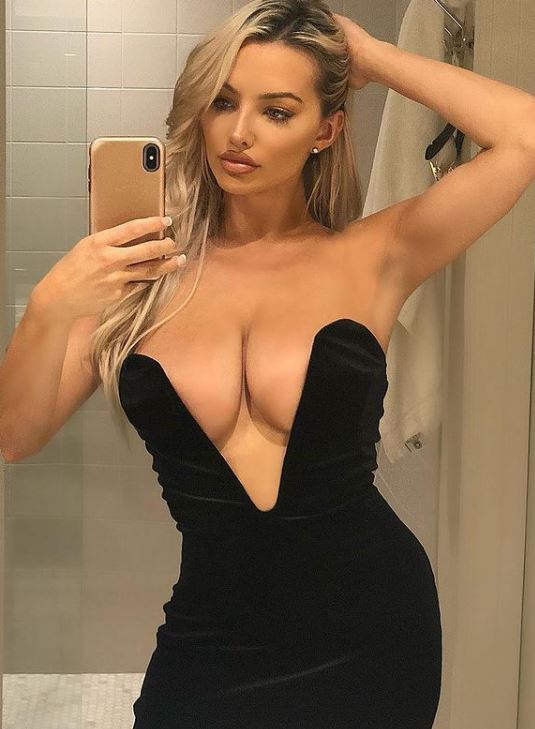 "They decide what you wear and decide who can win – that's the opposite of democracy and you just have to wonder why it has not been done yet."

Pelas grew up in Louisiana and graduated at the Louisiana State University with a bachelor’s degree in history.

She has featured in the likes of Maxim, GQ, Glamour and modelled for PlayBoy on several occassions.

And she caused a storm when she made her UFC ring girl debut in 2016 at the Palms Casino in Las Vegas. 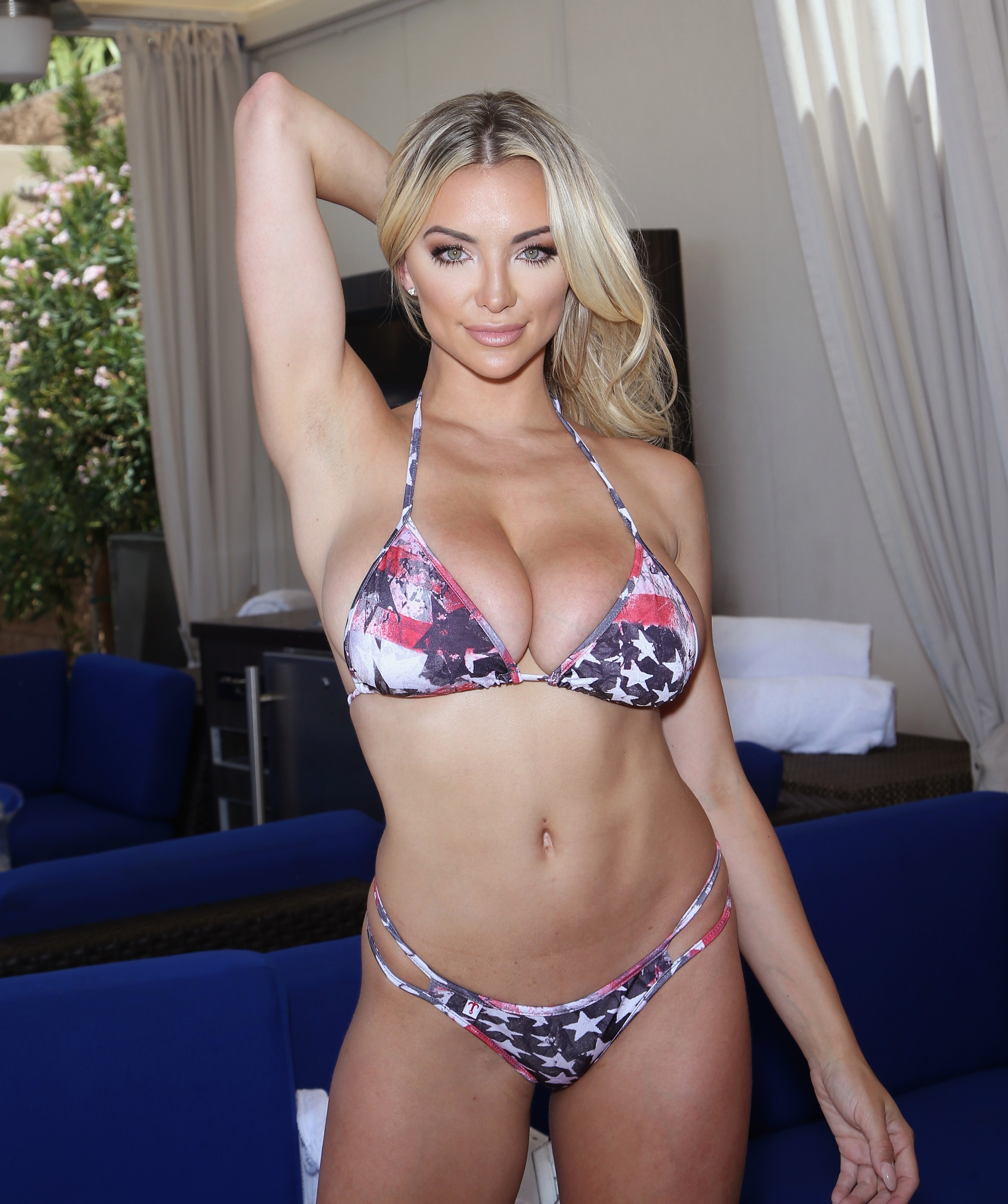