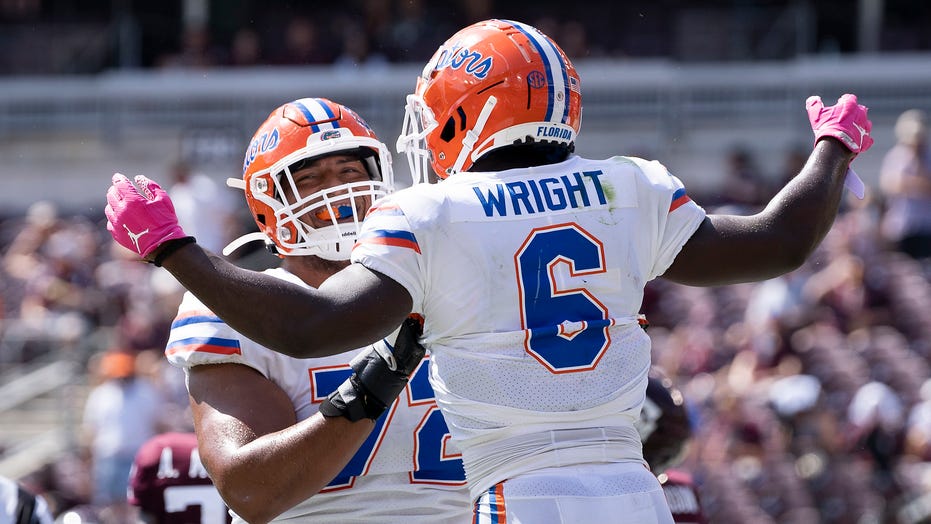 Florida’s heavily anticipated game against the defending national champion LSU on Saturday was postponed on Wednesday after the Gators program saw 19 positive cases of COVID-19, prompting the university to suspend all team activities.

The game is tentatively rescheduled for Dec. 12, the league's built-in bye week before its title game. It's the second SEC game bumped this week, following Missouri-Vanderbilt.

PAC-12 FOOTBALL MAY BE HACK, BUT NOT ALL THE REVENUE WILL BE

Florida's athletic director Scott Stricklin issued a statement on Tuesday about the uptick in case.

“The University of Florida football team has experienced an increase in positive COVID tests among players this week. Out of an abundance of caution, team activities are paused as of Tuesday afternoon,” his statement read.

“Head coach Dan Mullen has been in communication with football players and their parents, and I have had conversations with the Southeastern Conference office, last week's opponent Texas A&M, and this week's opponent LSU.”

At least 19 members of the program have now tested positive since Monday, the day after a 41-38 loss at Texas A&M, according to the Associated Press.

The increase in cases prompted head coach Dan Mullen to clarify remarks he made earlier in the week, when he said he wanted to pack Florida Field with 90,000 fans create a better home-field advantage against the Tigers.

"One of the things I want to encourage was whatever our local health officials come and out say, ‘This is the number of people that we’re going to allow at the game right now,'” Mullen said. “I want to encourage those people to come in, bring the energy, bring the excitement into the stadium and help our team to win and bring that energy that they bring of what makes the Swamp such a special place to go play in.”

Mullen addressed the increases in cases, adding that the team hasn’t been able to track down the origins of the outbreak just yet.

“We’ve not been able to do that because I would still not be surprised if one to two of them were random,” he said. “And the randoms can throw you off with tracing with, ‘Oh, this guy got it. It couldn’t have been that. Or how did this person get in the group of getting it?’”

He continued: “I don’t want to speculate to where and how it could have happened. I want to get some more numbers back before we do that. But our medical staff has really spent time trying to trace the origins of where the clump of them would have come from.”

Stricklin is set to address the media on Wednesday afternoon to discuss the situation.

How Should Black People Sound?