JAKE PAUL has put the fight world on notice with his brash arrogance and unlimited self-confidence.

Paul has now beaten AnEsonGib, Nate Robinson, Ben Askren and Tyron Woodley – who he rematches on Saturday night – in style. 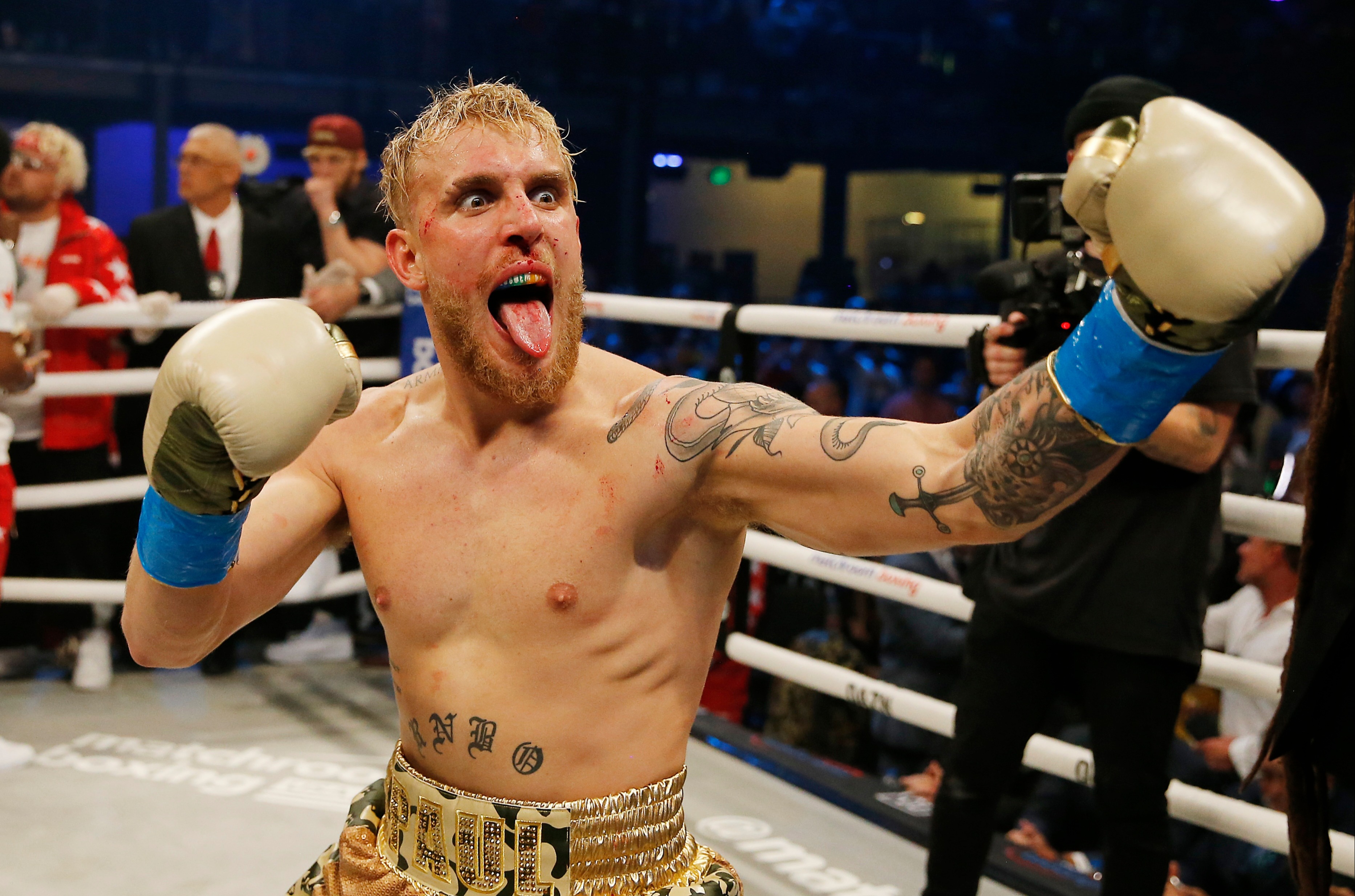 And the thunder he appears to be stealing from boxing and MMA's top attractions has irked several of them.

Paul has made it clear his intention is to eventually fight UFC superstar Conor McGregor – with the duo's teams 'constantly' in talks.

With Paul looking to beat Woodley for a second time at the weekend, SunSport runs down the queue waiting in line for the Problem Child.

If Paul, 24, can't get hold of McGregor, 33, the next best thing would be his close friend and training partner Danis, 28.

The pair have been going back-and-forth for years, and confronted each other on the streets of LA earlier this year.

After Paul's win over Robinson, he said: “There’s a long list of opponents that I want – Conor McGregor, Dillon Danis. I’m going to knock them both out."

Danis' Bellator promoter Scott Coker recently confirmed the fight talks: "Those conversations are ongoing, and have been happening."

And Danis made another recent dig at Paul, tweeting a photo of plenty of available seats for this weekend's fight alongside the message: "damn @jakepaul thought you sold out arena’s 😂". 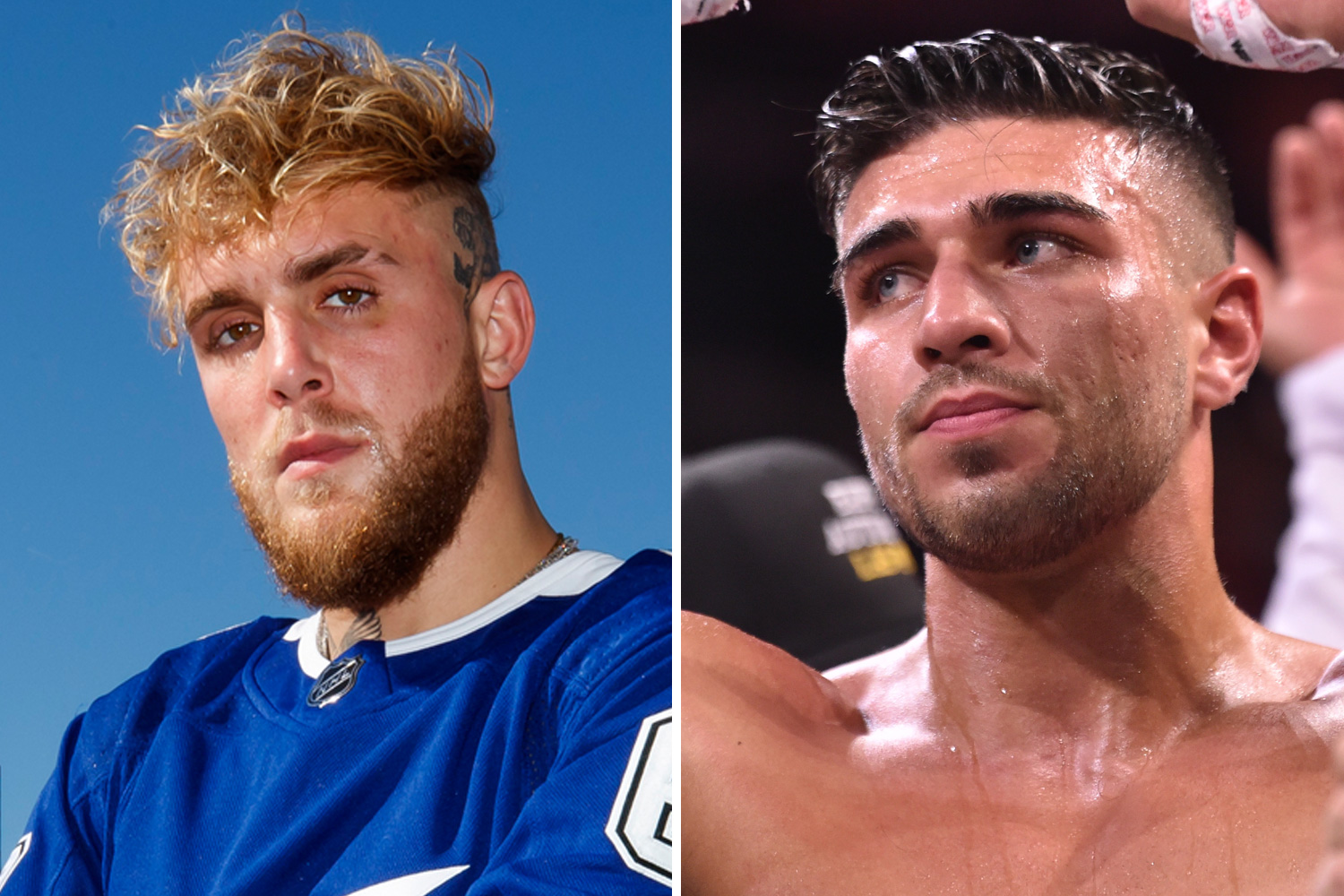 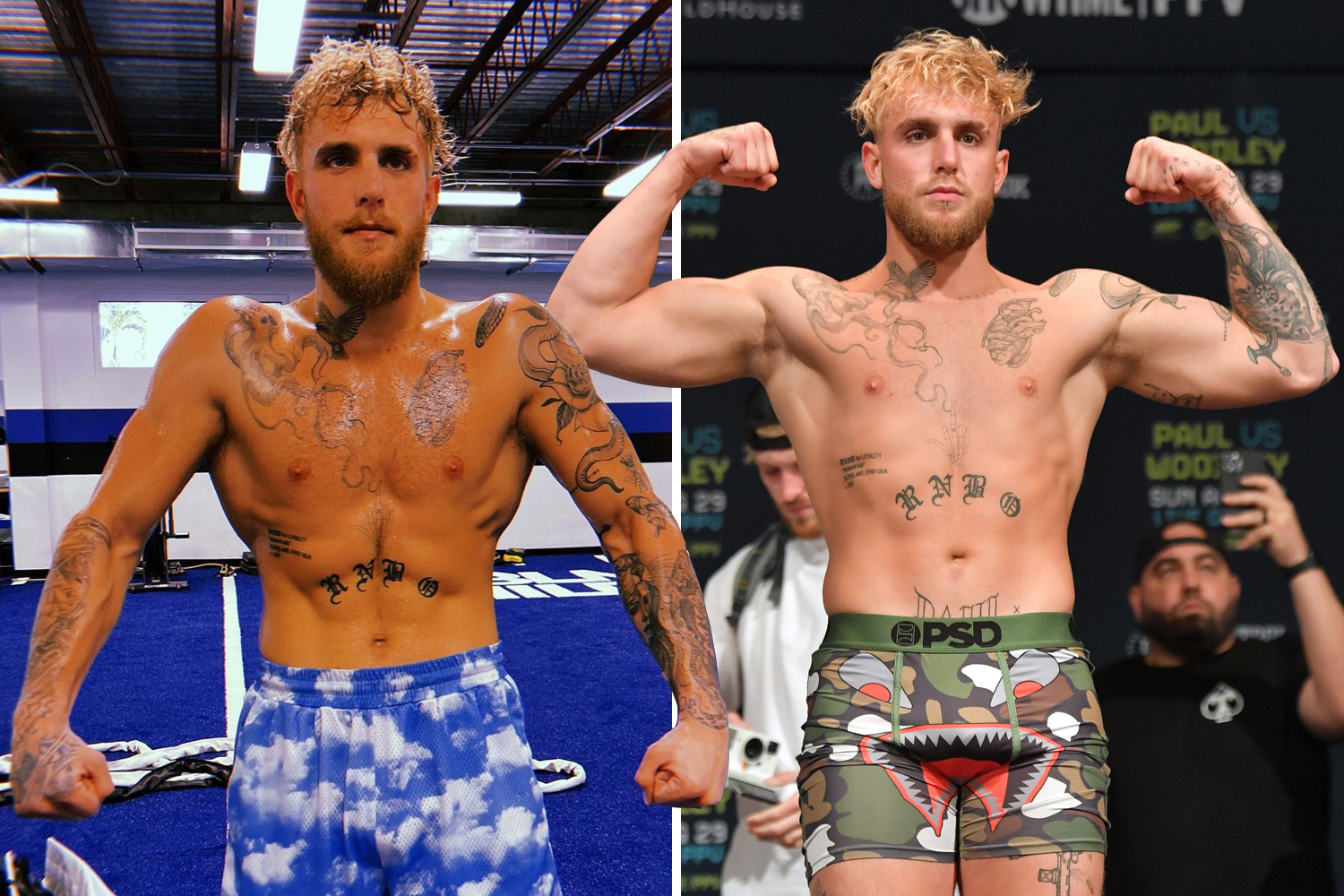 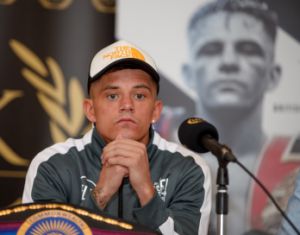 Shields, 26, who made her MMA debut earlier this year in the PFL, told TMZ she would more than welcome a mixed-gender showdown with Paul.

She said: "I, Claressa Shields, will whoop Jake Paul's ass.

Paul responded in a tweet: "Don’t get me started about @Claressashields."

Paul later remarked on Instagram: "You say you don't want me to fight Conor McGregor because he's one of the greatest fighters in the world, and I'm just a YouTuber or whatever.

"But then, in a statement today, you say, 'Oh, I'm thinking about having Amanda Nunes just knock him out,' but she's also one of the greatest fighters?"

The Brazilian will be occupied with a rematch against Julianna Pena, after she shockingly lost her UFC bantamweight belt to the Venezuelan Vixen on Saturday night.

UFC pound-for-pound No1 Kamaru Usman offered Jake Paul a chilling warning during a back and forth between the pair earlier this year.

He said: "I understand you think this is a game which is probably why you don’t realize that this is how people truly get hurt.

"I don’t play fighting and I can change your life in the worst way."

Iron Mike Tyson is behind the match-up, telling Henry Cejudo on his podcast: "I want to see that s**t.

“It’s going to be so much f**king money, how can he turn it down?

"That’s way more money than… it’s twice or three times as much money [than he earns] in the UFC. So, how could he turn it down?” 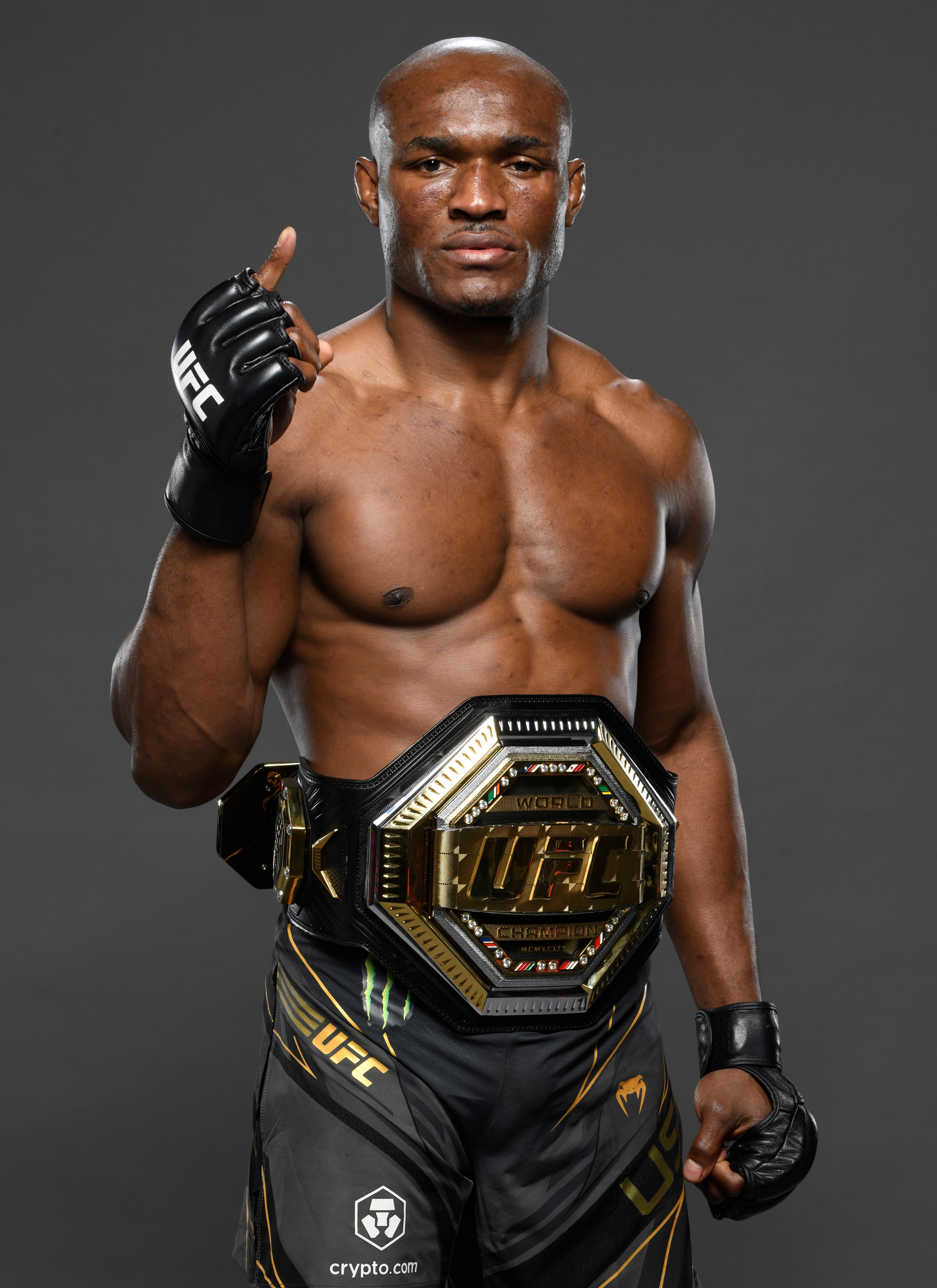 The UFC veteran surprisingly leapt to the defence of his former rival McGregor, after Paul called him an 'Irish c***' and disrespected his fiancee Dee Devlin.

Diaz, 36, tweeted: "Jake Paul u need your ass beat for free u spoiled f*** u can’t really fight dumbs*** your gonna end up with your ass whooped for real somewhere talking like that."

Paul fired back by telling Diaz 'I really beat your boy up' in a sparring session relating to the UFC star's training partner.

He later tweeted Diaz: 'You can get the smoke too'.

The legendary MMA star from Stockton, California is set to have his hands full, however, with a blockbuster bout at 170lbs against Dustin Poirier potentially in the works.

And he was left less than impressed with Paul's KO over Robinson and claimed he would give his fight purse to charity if the YouTuber beat him.

Cejudo, 34, tweeted: "Yo @jakepaul since you really think you're a legit fighter by beating up on retired NBA D lister’s who really deserves an academy award for best fall.

"How about we fight and if I can’t stop you I’ll give all money to charity of your choice."

Tarver called on Mike Tyson to set up a fight between him and Paul.

He has not fought since 2015, but would come out of retirement to stop the new age of outsiders venturing into the ring.

Tarver, 53, wrote on Instagram: "I really want to kick @jakepaul ass for what he did to @naterobinson last night and rid boxing of these clowns once and for all.

"He fought a complete novice so fighting me shouldn’t be a problem… @miketyson make this fight."

Of course, we couldn't round off this list without mentioning Tommy Fury.

The 22-year-old had been set for the payday of his life on Saturday night, before injury cruelly got in the way.

Fury's loss was Woodley gain, although 7-0 Brit's chance may have come and gone.

Paul's trainer BJ Flores exclusively told SunSport: "I really don’t have any comment on Tommy except he missed out on a massive opportunity, whether he was sick, had bad luck, or whatever it was.

“It’s a massive opportunity and probably one he’ll never get again, that would have been, for sure, the biggest payday of his career.

“Even if he went on to be a champion, it’s very unlikely he would have made that money again, in any fight in his career.” 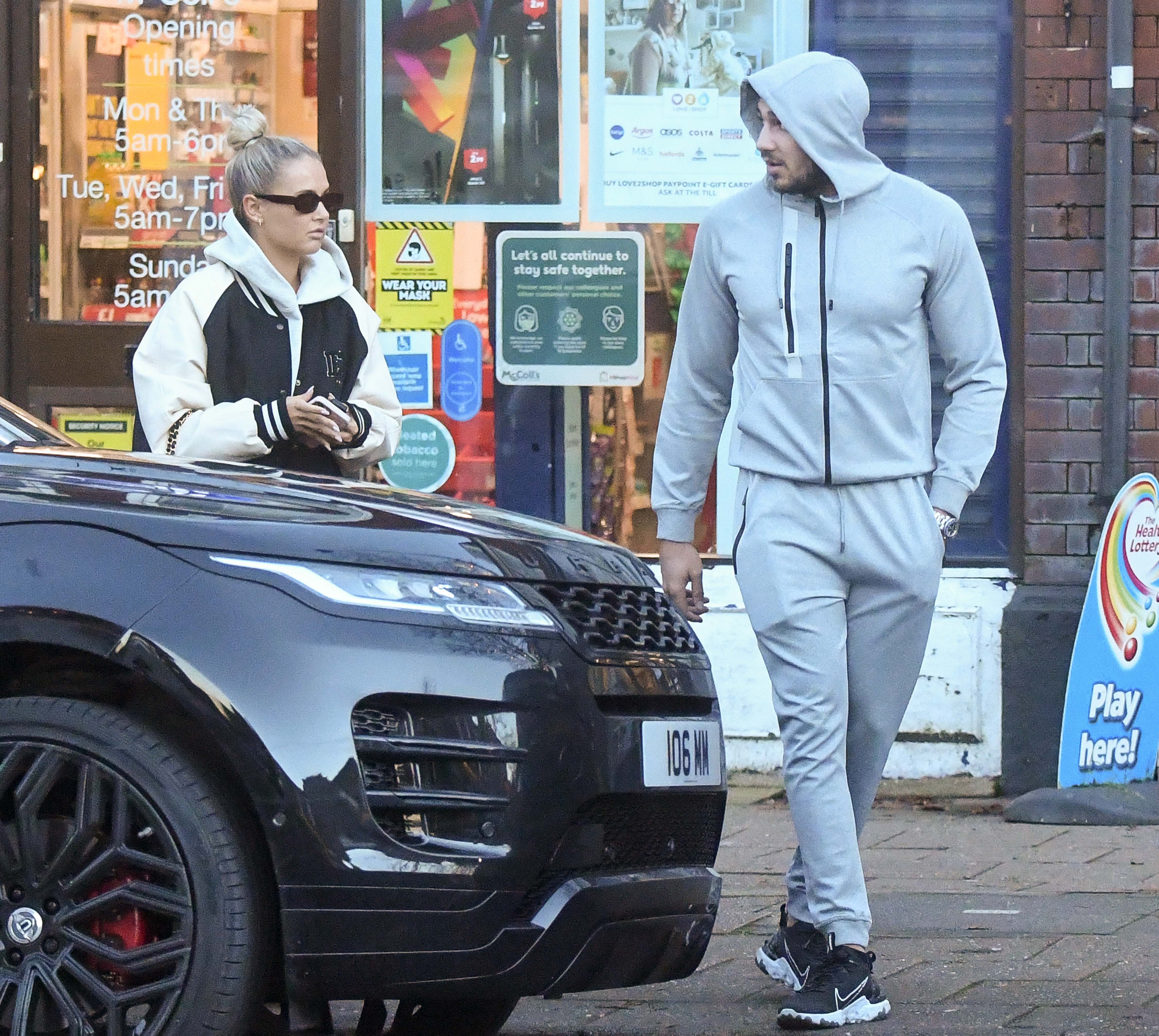