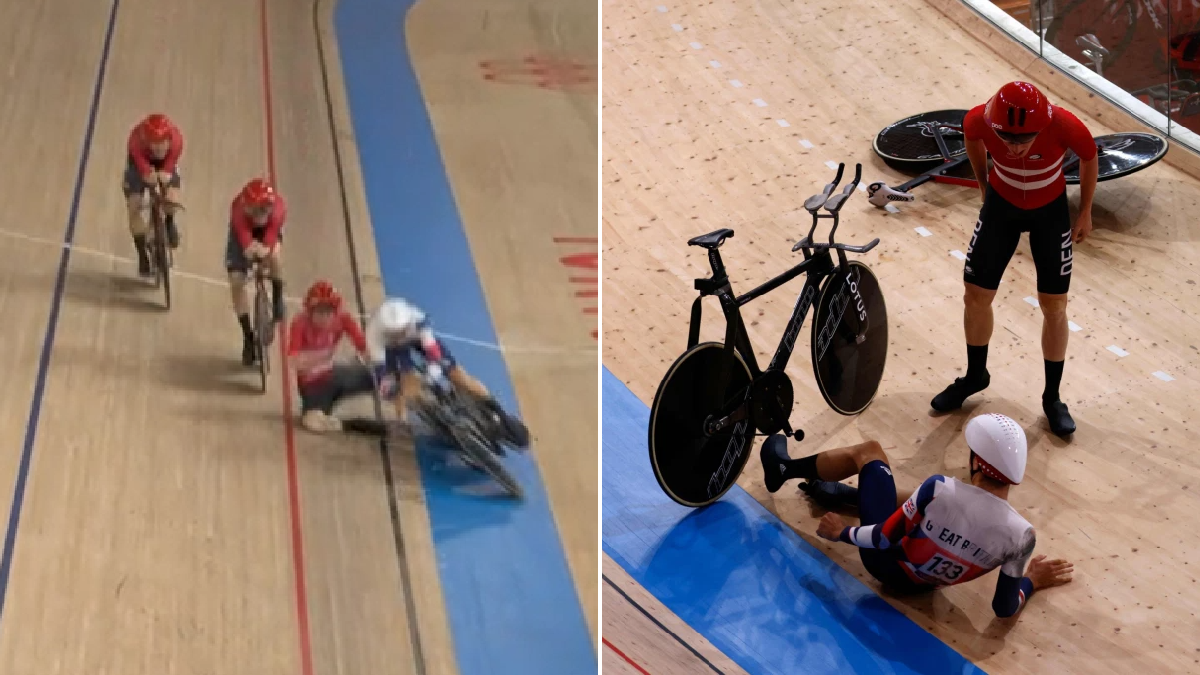 There was huge drama in the men’s team pursuit on day 11 of the Tokyo Olympics, with a Danish rider dropping the f-bomb in an explosive outburst after crashing into the back of his Team GB rival.

The Danes, who held the world record until Italy smashed it earlier in the day, were well out in front while Great Britain’s quartet struggled massively, with Charlie Tanfield losing the back wheel of the two bikes in front of him.

He was about to get lapped when Danish lead rider Frederik Madsen, apparently unaware of how far back Team GB had slipped, ploughed into the back of him.

Both riders hit the deck at a ferocious pace and even though Tanfield was well within his rights to hold his line, with Madsen clearly making the error, it was the Dane who was absolutely apoplectic.

He stood over the young Brit, screaming at him, before yelling ‘F*** them!’ as he walked away from the crash, even taking off his helmet and banging it against a wall before letting out a few more non-descript roars of annoyance.

But former British Olympic cycling champion Chris Boardman leapt to the defence of his countryman, laying the blame squarely on Madsen.

Who is England vs Sweden VAR official Danny Makkelie, and how many World Cups has Dutchman refereed at?