FORMER Real Madrid hardman Pepe revealed he slept in bed with his mother until he was 17 – much to the annoyance of his dad.

The Portuguese centre-back, 38, now captains Porto but grew up in Brazil before leaving for Europe when he turned 18. 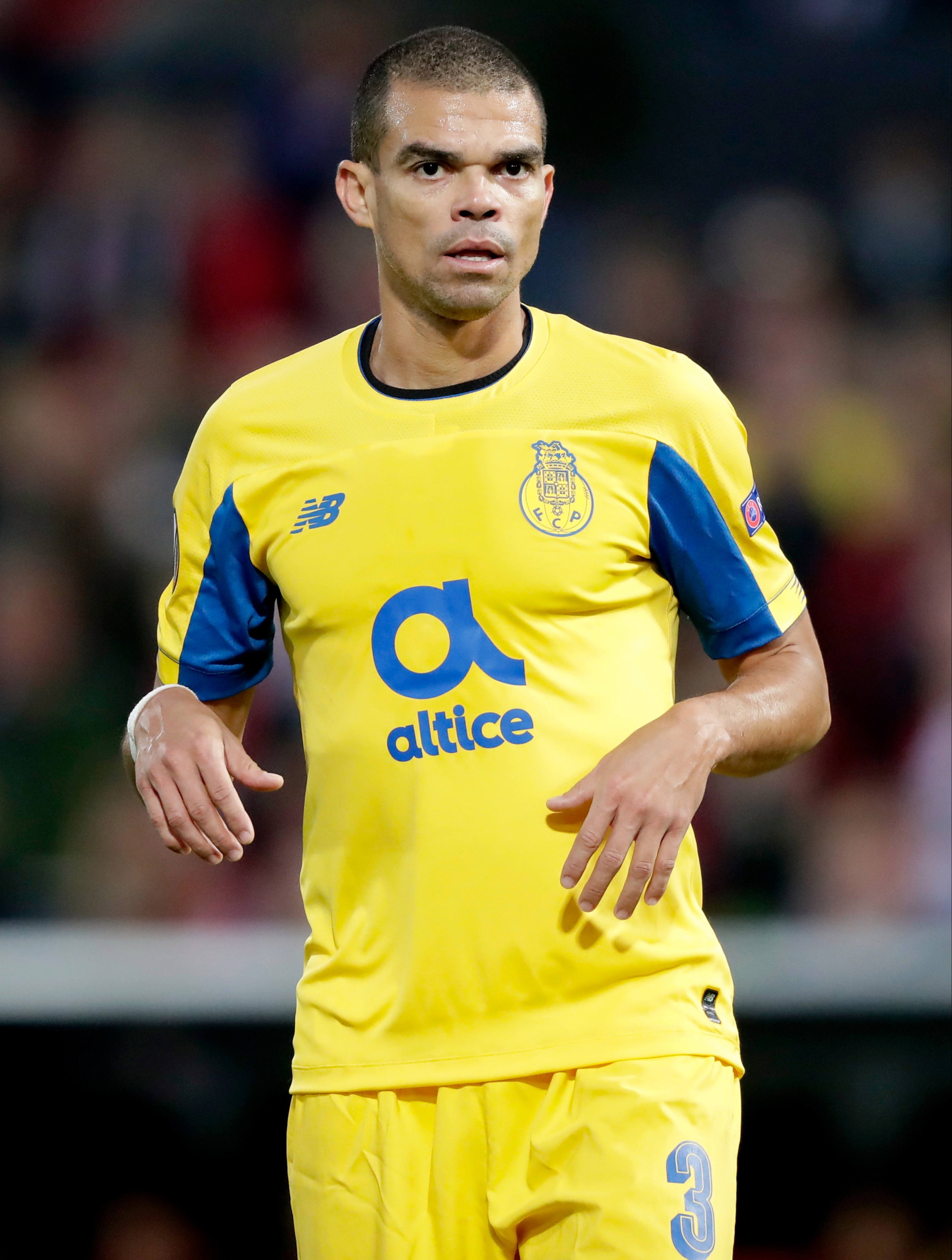 Pepe developed a reputation as a no-nonsense defender during a decade at the Bernabeu in which he was booked 79 times and sent off on six occasions in 334 appearances.

But in an interview with Portuguese outlet Tribuna Expresso, the towering 6ft 2in defender revealed he was spoiled as a child.

"I was already big and I slept with my parents, so I imagine my father did not like to have me there [laughs].

"This is interesting: the other day I was talking to my mother and she was telling me that I really liked to run my hand through her hair and I told her that maybe I already knew it would be too much time away from her."

Known for his clattering challenges and ferocious passion on the field of play, Pepe showed off his softer side earlier this month.

The three-time back to back Champions League winner with Madrid was in tears when Porto team-mate Nanu was knocked out cold and had to be rushed to hospital in an ambulance.

The 26-year-old was left unconscious after a nasty clash of heads, leaving Pepe visibly upset as the game against Belenses was stopped for more than ten minutes.

Pepe was up to his old tricks when he appeared to KNEE Manchester City's Raheem Sterling in last year's Champions League flare-up with the England ace.

And even his own team-mates aren't off limits for the Euro 2016 winner after he blew up at pal Mamadou Loum in January with the REF having to separate them.

But not everyone has bought into Pepe's tough guy act with ex-Prem ref Mark Clattenburg branding him a 'soft s***e' for diving in the 2016 Champions League final.

Anthony Joshua ‘was like Muhammad Ali’ during Andy Ruiz Jr win after skilled and disciplined display, says McGuigan – The Sun