ERLING HAALAND enjoyed some well-earned time off on Sunday, by jetting off to the Monaco Grand Prix. 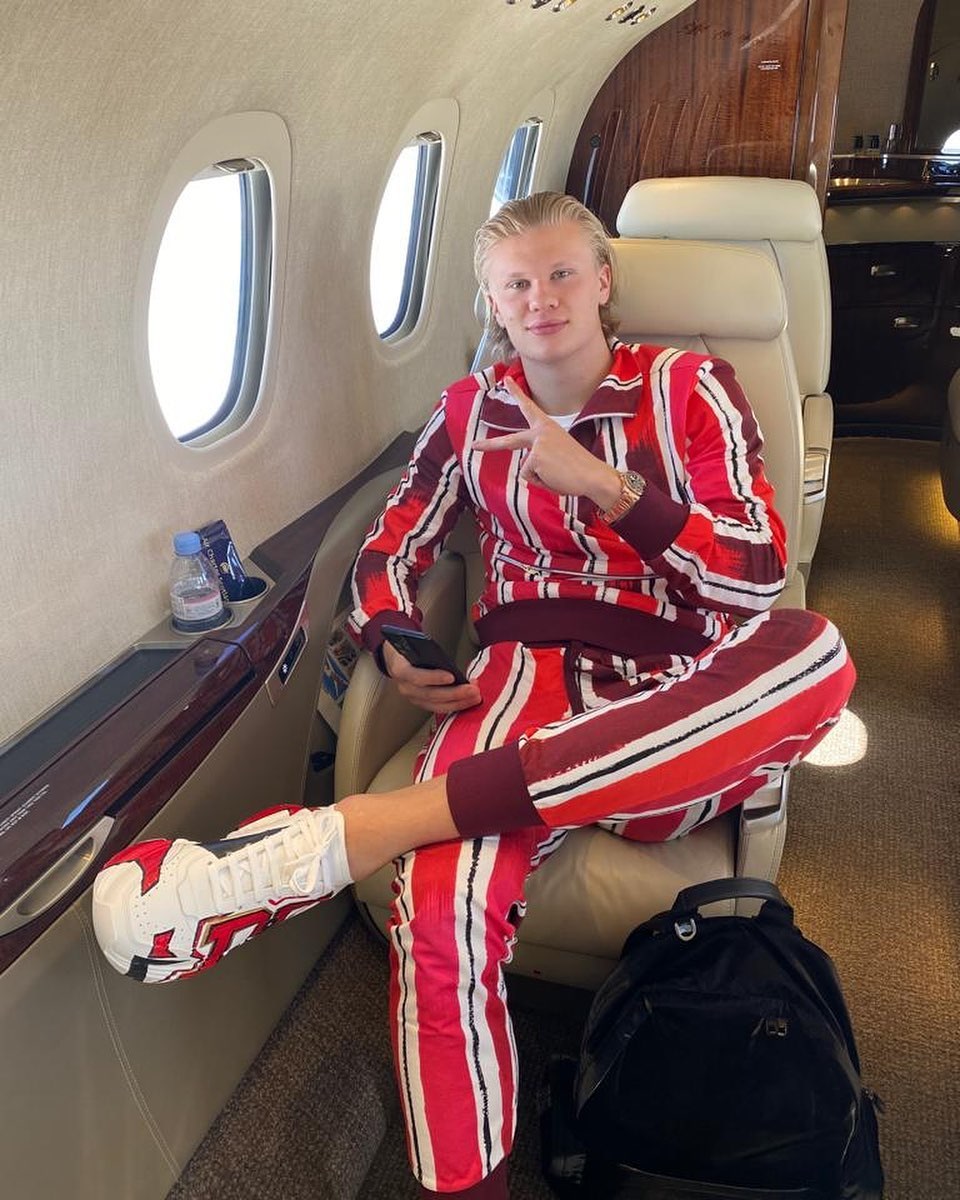 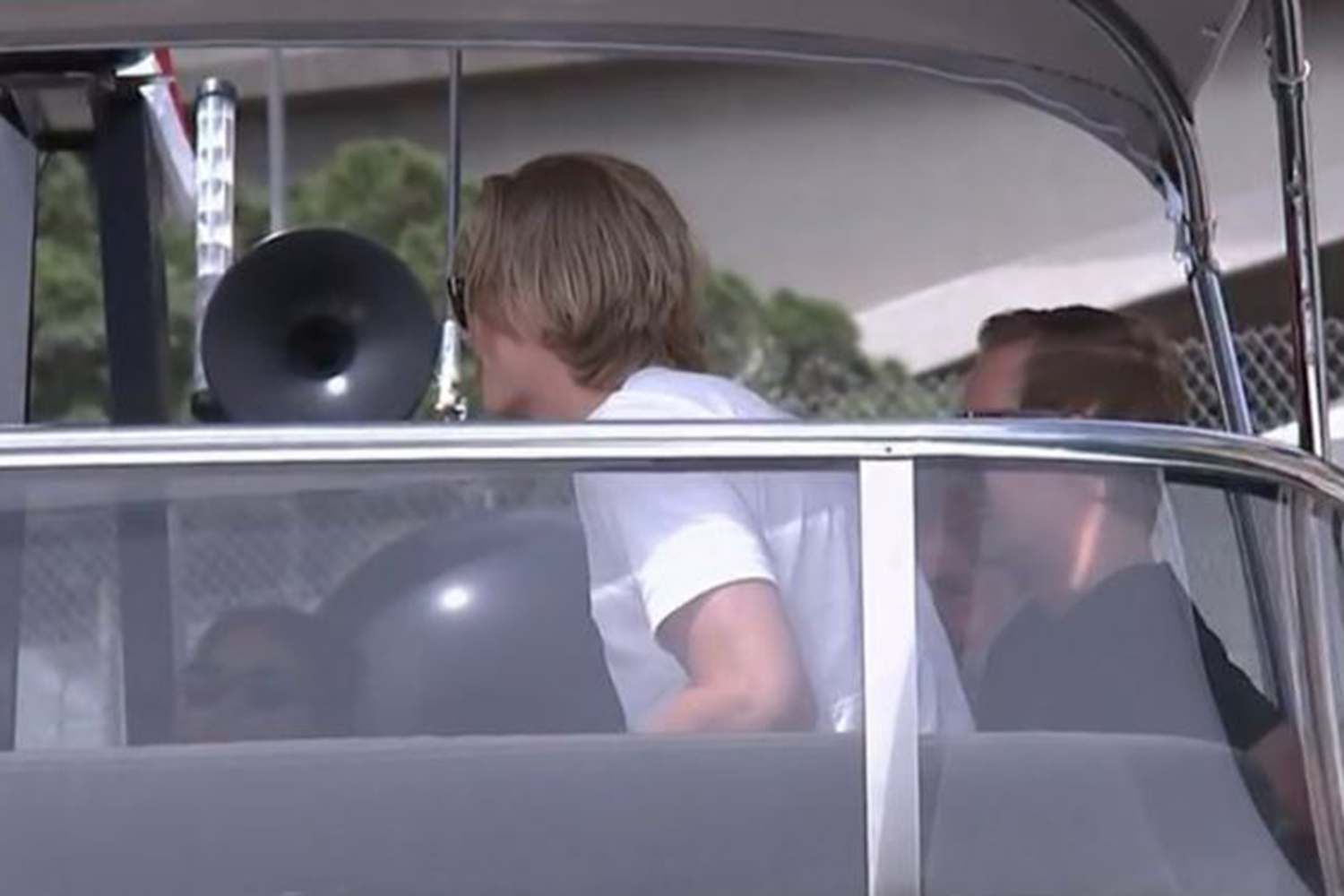 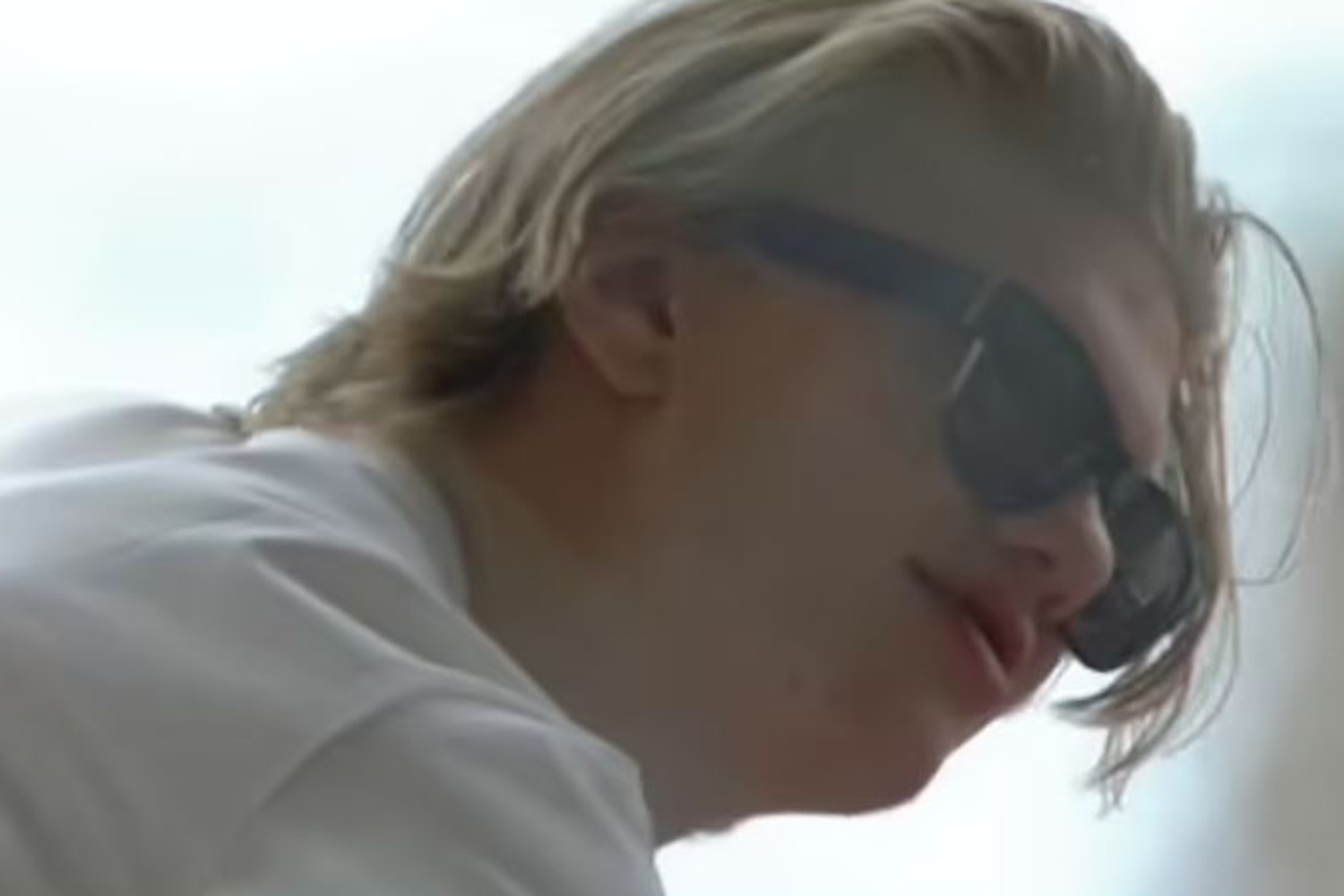 Haaland, 20, is among Europe's most wanted footballers, having produced a stunning 41 goal season in all competitions.

But if the stress of constant transfer speculation is getting to him, it certainly didn't show as he chilled out on his first day off this summer.

Donning a £1,200 Dolce & Gabbana tracksuit, the long-haired ace flew to Monaco by private jet this afternoon.

Haaland elected to wear his red and white D&G garments, rather than the referee shirt he bizarrely acquired yesterday, after swapping shirts with official Manuel Grafe, who was taking charge of his final game.

He posted a picture of himself aboard to his nine million Instagram followers, writing: "On the way to Monaco! ✈️🇲🇨🏎🏁 #MonacoGP @f1."

Upon arrival, he relaxed aboard a yacht overlooking the track, as the action got underway in the Principality.

Wearing a pair of shades, he chatted with friends and enjoyed his rest, ahead of what is set to be a busy few months.

His father Alf-Inge, accompanied by agent Mino Raiola, has already visited some of Europe's biggest clubs for talks, including Barcelona and Real Madrid. 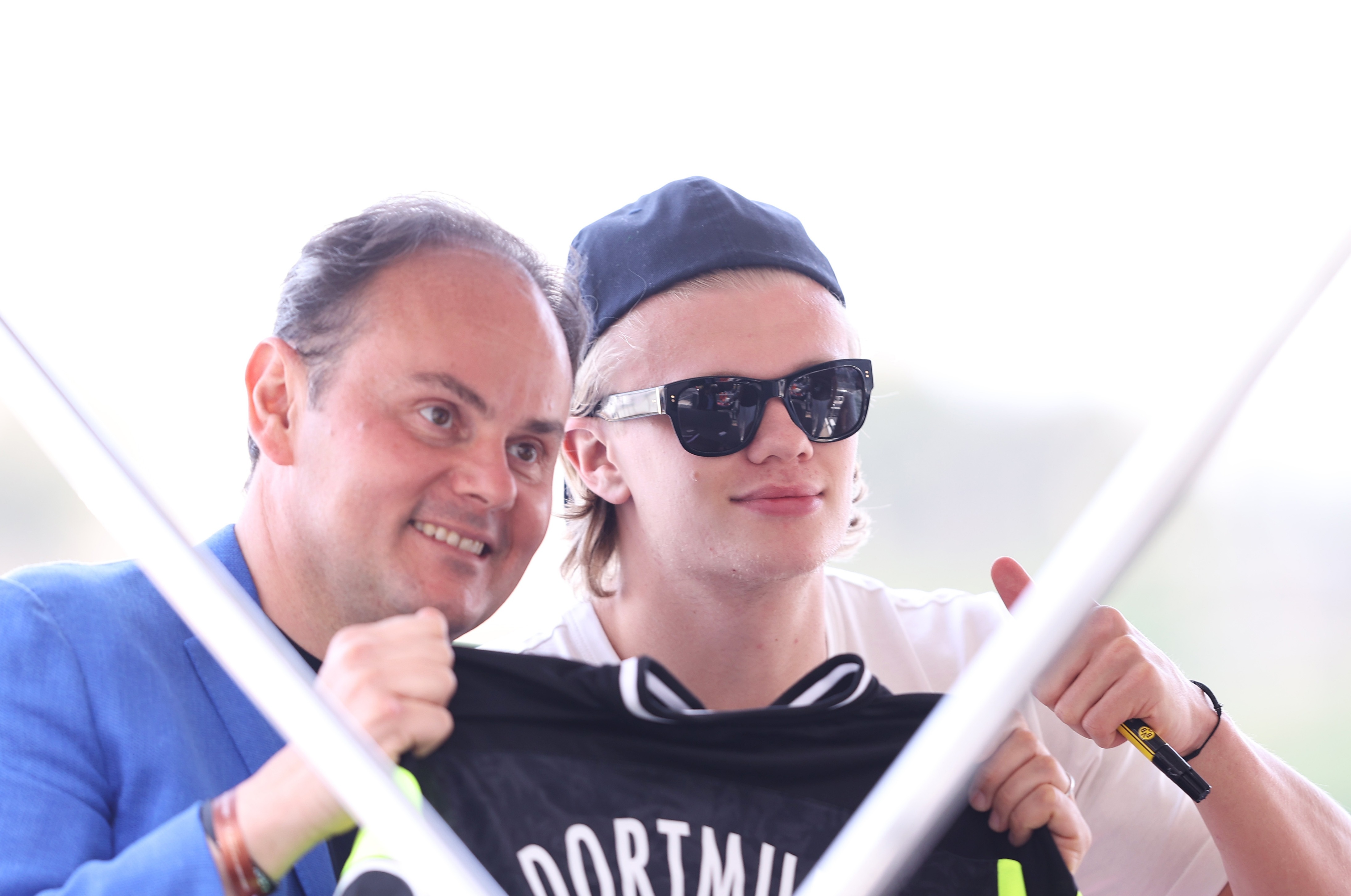 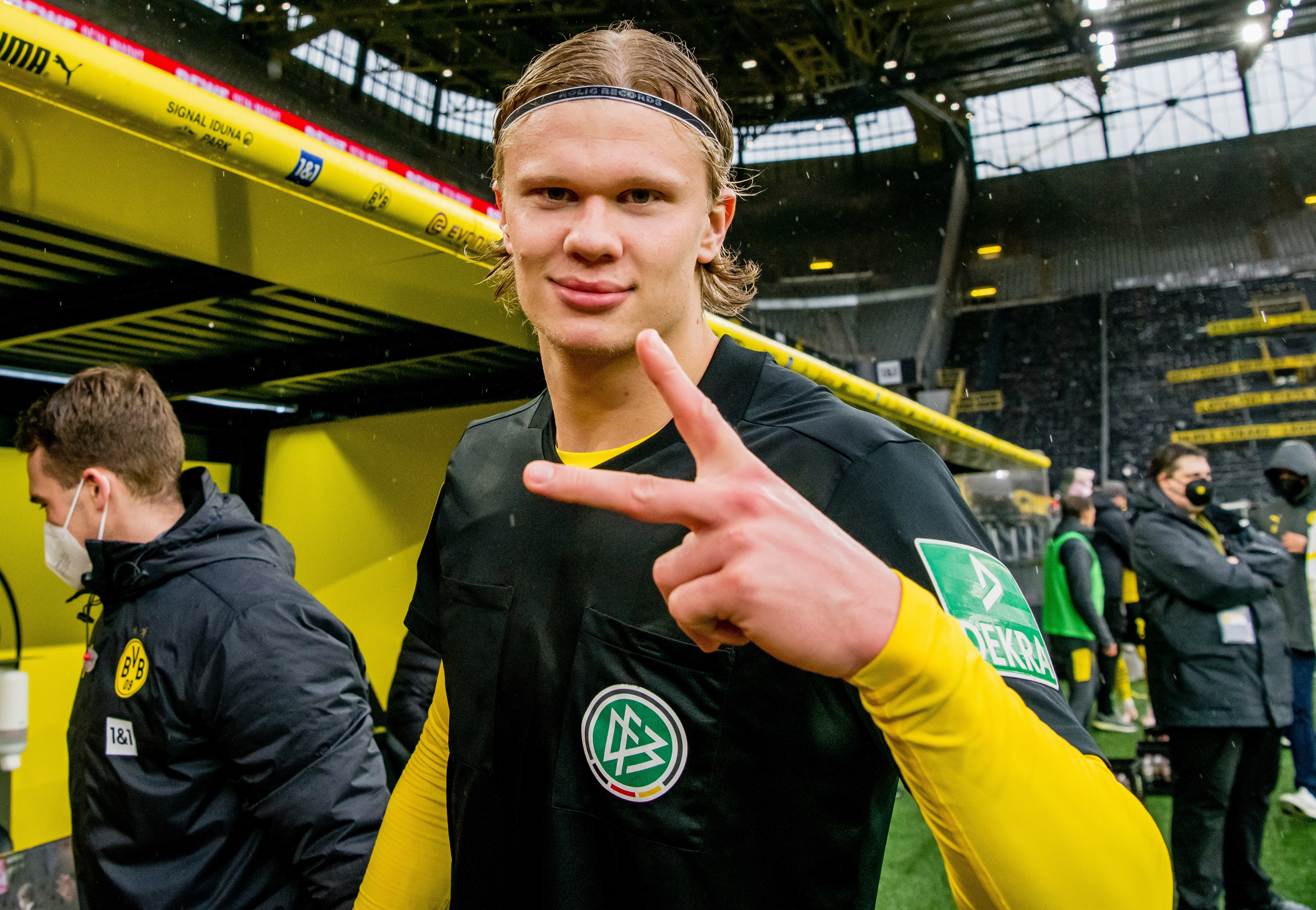 GET £40 IN FREE BETS ON HORSE RACING THIS WEEKEND

But Dortmund are determined to hold on to their star man for another season.

Haaland's deal is believed to possess a release clause of around £65million, due to kick in next year.

Manchester United, City and Chelsea have all been linked with 6ft 4in Leeds-born star.