The inspirational Spaniard then thanked her mum for all the support she has given, especially during her recent treatment. 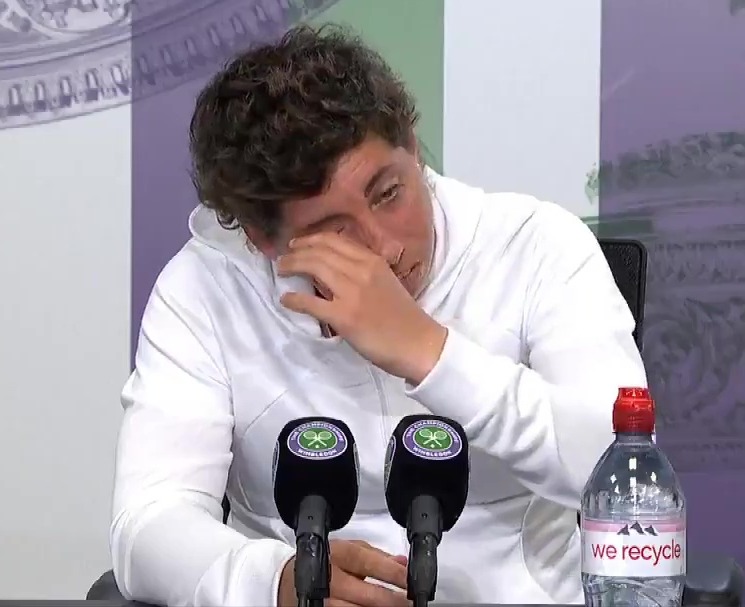 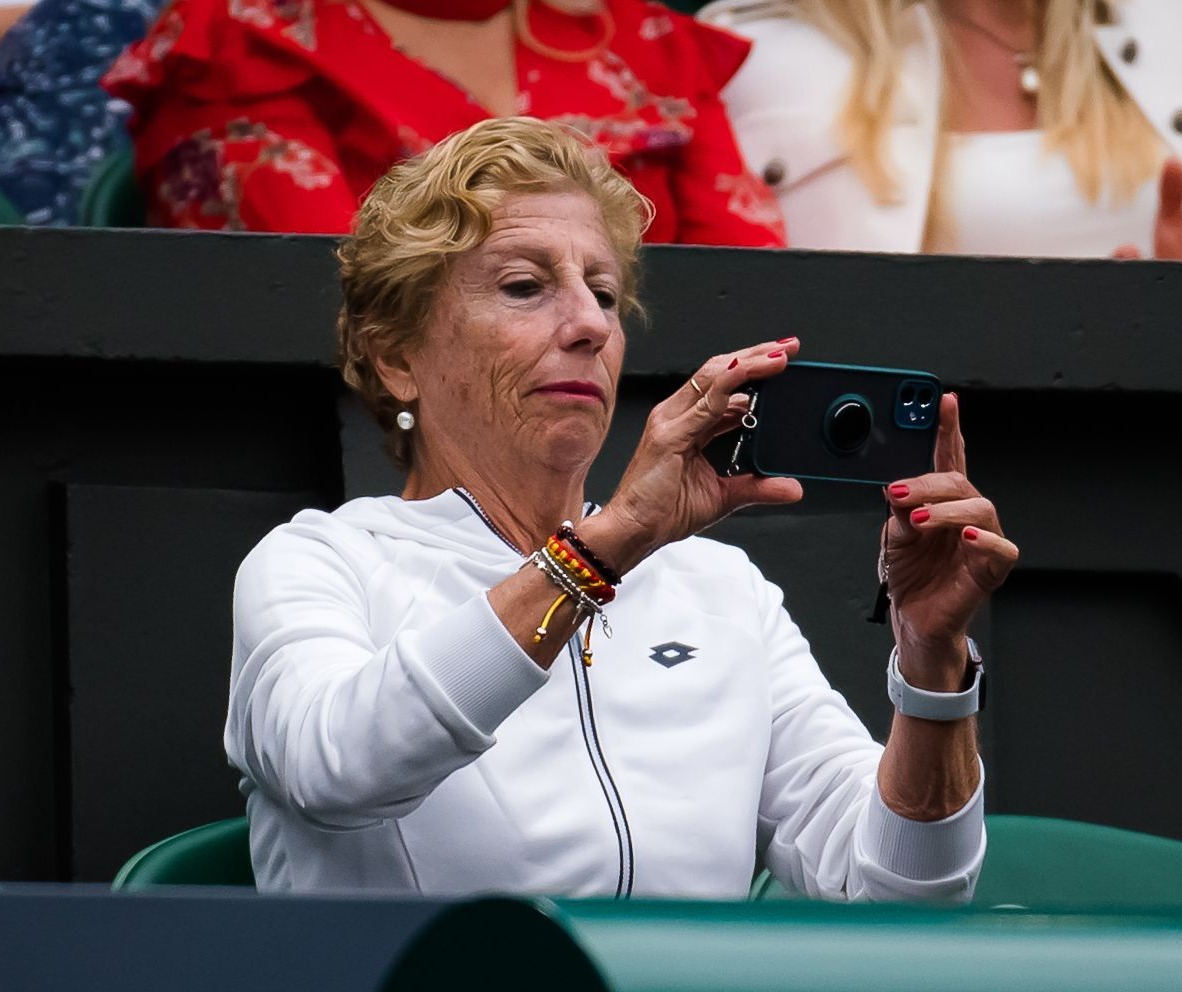 Navarro, 32, revealed her diagnosis for Hodgkin lymphoma last September but battled through seven months of chemotherapy and radiotherapy treatment in Barcelona before getting the all clear in April.

And in her final season before retiring for good later this year, she made her 11th appearance at Wimbledon.

Navarro was drawn against top seed Ash Barty in round one and put up a valiant effort, taking the second set on a tie-break but eventually losing 6-1 6-7 6-1 under the Centre Court roof on Tuesday.

Her mother, Maria Dolores, was spotted filming her daughter in action and wiping away the tears as the former world No6 was given a standing ovation as she left the famous turf for the last time.

Then Navarro herself was overcome with emotion during her press conference, paying special tribute to her mum.

She said: "This is the second or the third time she came to Wimbledon.

"She films everything. She takes photos for everything, to everyone. She really, really enjoys it.

"She was by my side all this time, all these months we've had to go through.

"For her, this was a really good moment. She really wanted to be on Centre Court.

"I think she's proud. I want to say thank you to my mum every day.

"It’s special to have her here, I really appreciate it and don’t ask me about my mother any more please or we will not be able to finish."

Navarro confirmed she will play at the Tokyo Olympics next month and the US Open will be the last tournament of her career.

Asked if she might reconsider her decision, the world No138 insisted there was 'no, no, no' chance before reflecting on her SW19 farewell.

Navarro added: “I think Wimbledon gave me a really good gift. I really enjoyed it. I cannot ask for anything else better than this day.

“One of my last matches here against Ash, No1 in the world, on Centre Court, with the roof. It was amazing. 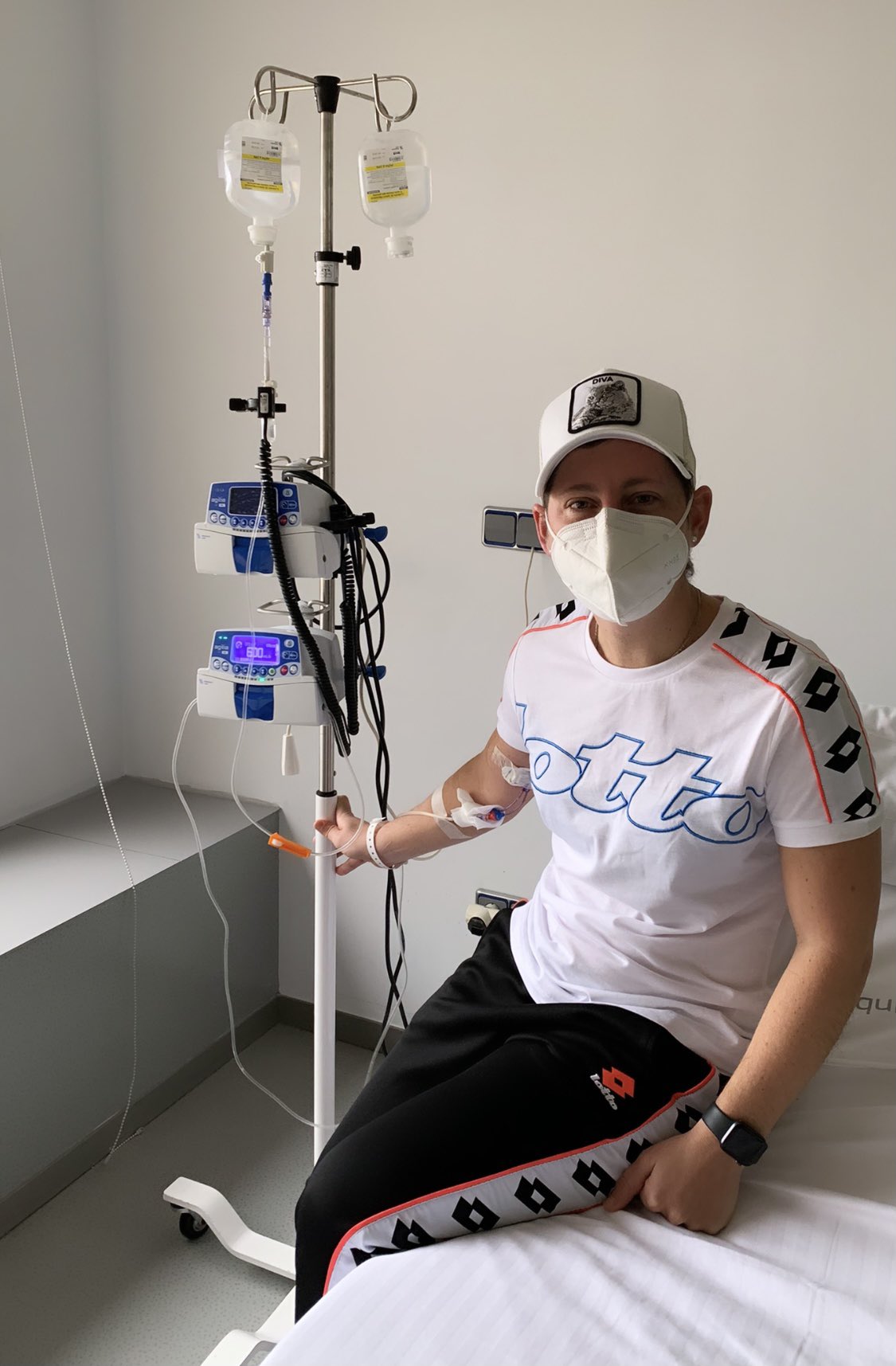 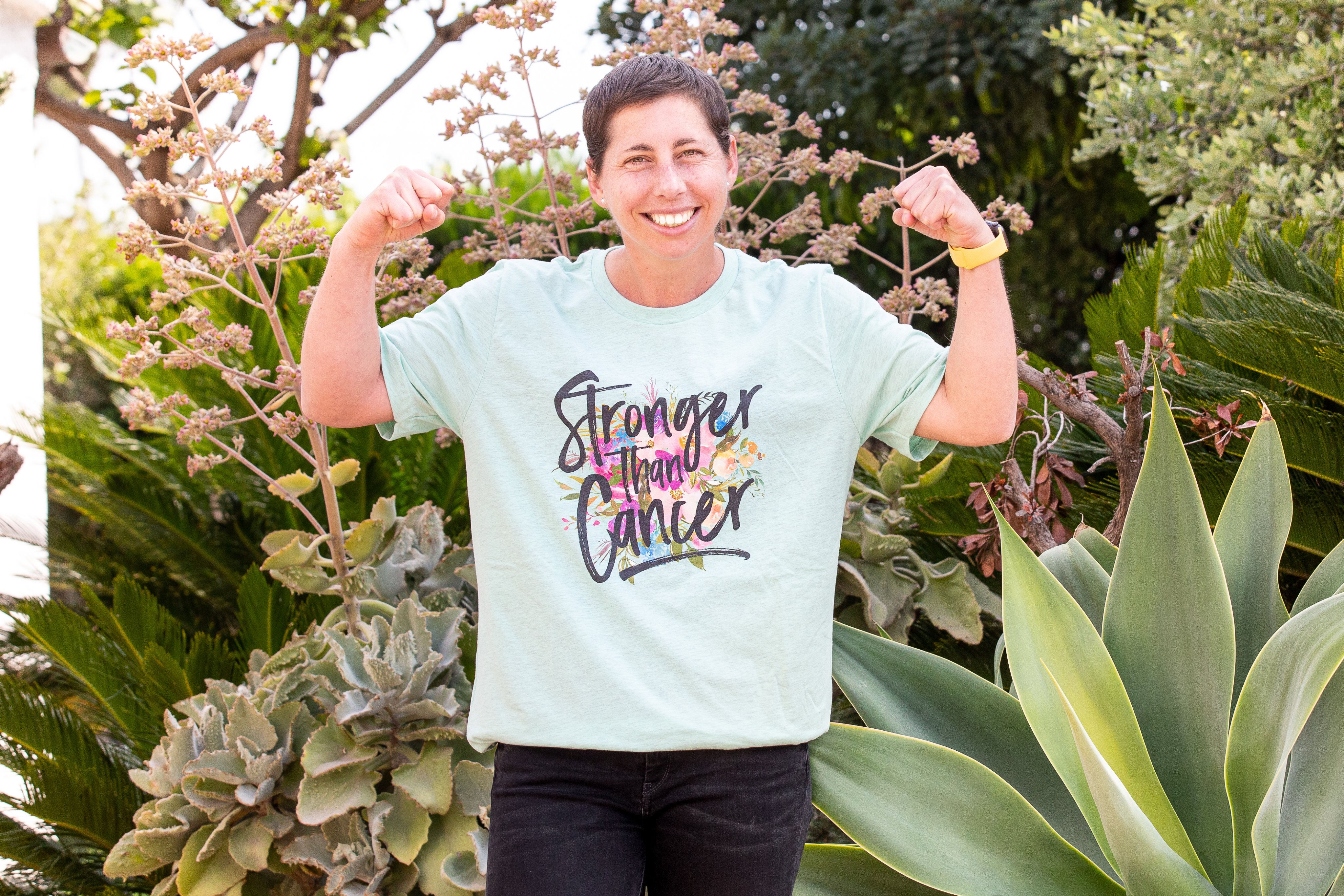 “I am the most happy player in tournament.

"Wimbledon is one of the most beautiful tournaments of the year. Everything is so beautiful. I have really good memories from here."

Barty was classy as ever, allowing her beaten opponent to take the limelight and joining with the crowd in applauding her off.

The Aussie star said: “It was incredible to share the court with Carla.

"She is a fighter, an incredible competitor and lovely person and I cannot find one bad word to say about her.

“She’s going to be sorely missed. I wanted to give her the appreciation that she thoroughly deserves.

“I didn’t know what else to do. I wanted to give her a hug and just say congratulations on an exceptional, remarkable career." 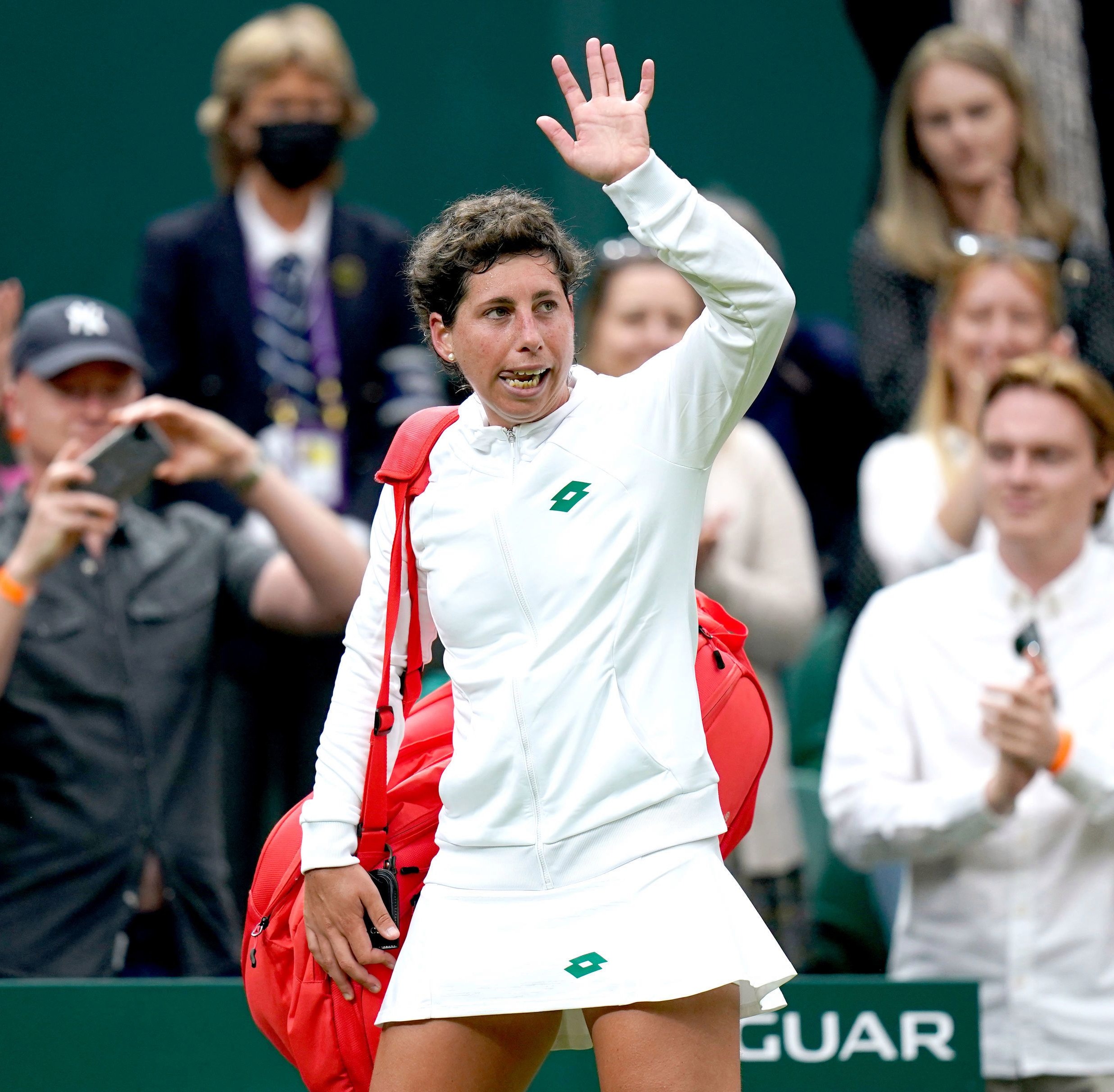 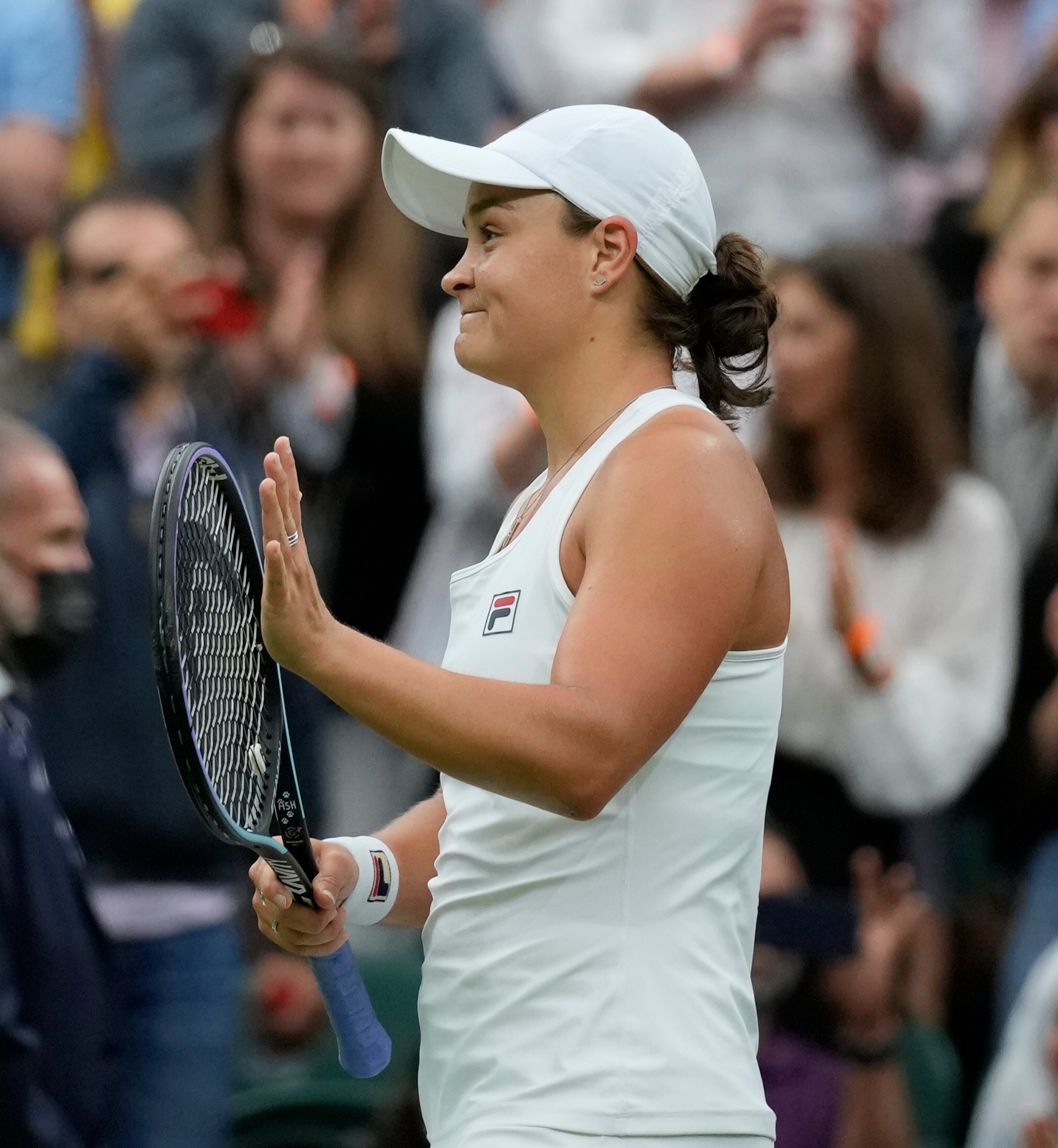