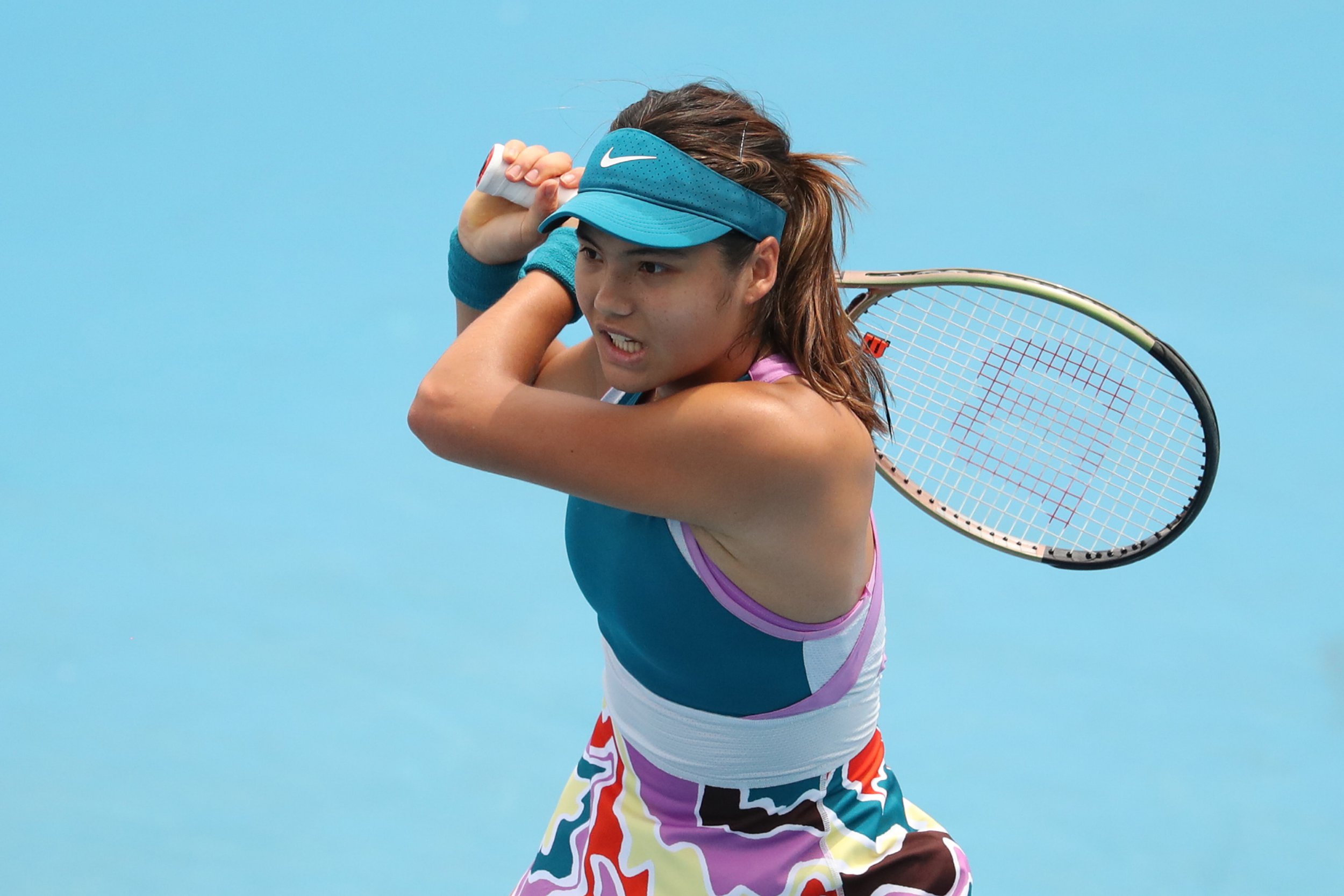 Emma Raducanu is eager to test herself against fellow phenom Coco Gauff after moving into the second round of the Australian Open following a straight-set win.

On the opening day of the tournament in Melbourne, the British number one swept past Tamara Korpatsch 6-3 6-2 just 11 days after rolling her ankle in Auckland and being forced to retire in tears.

Next up, Raducanu will take on seventh seed Gauff for the first time after the American – who is one of the favourites to win the Australian Open – blew away Katerina Siniakova in straight sets.

Seventy places separate the two players in the world rankings, with Raducanu having struggled for consistent form since winning the US Open, but the older Brit is excited to face off against in-form Gauff.

‘I’m really looking forward to this match, I’m very up for it,’ said Raducanu at her post-match press conference after beating Korpatsch.

‘Coco has obviously done a lot of great things and she’s playing well so I’m just looking forward to the match-up.

‘I think we’re both good young players, we’re both coming through, part of the next generation of tennis really – so it’s going to be a great match.

‘I know her a fair bit off the court, she’s really nice and friendly and down to earth. Yeah, she’s cool.

‘She’s a great athlete. When she first came at Wimbledon I think after that it took her a little time to adjust as well but then she definitely found her feet and she’s playing really good tennis and looking really solid right now.

‘But she’s a great athlete with some big weapons so it’s going to be a tough opponent, but I’m looking forward to the occasion.’

On overcoming her ankle injury to win her first-round match, Raducanu continued: ‘Obviously really happy to be through to the second round. It was always going to be difficult coming in with so little prep and being out there, but I’m just really happy to have come through that.

‘I think everything I’ve done has been quite controlled in the last week, so to test it out in a real match and with the unpredictability and stuff. I was just getting used to it in the beginning but yeah it felt good.

‘I think you know it’s there and I think if anything it kind of alleviates any pressure, because you’re like: “I’ve done so well to get myself onto court, my team has done so well”.

‘So it’s just a great achievement for all of us, and then for me to be out there I might as well just enjoy all the hard work we’ve done to get myself here. It’s not mental, it’s more just physical and playing and seeing how it is.’